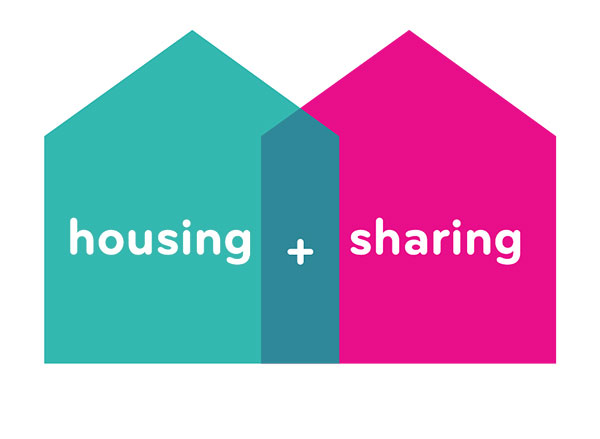 In late October, the Laboratory of Housing Alternatives (LOHA) held an introspective event on Housing and Sharing at the Lost and Found Cafe in Chinatown.  The LOHA is a Vancouver based non-profit organization dedicated to enabling housing alternatives through networks of professionals from divergent backgrounds in the creative sectors, academics and research. The intimate atmosphere encouraged a dynamic discussion on the complexities of housing, collaborative development and the sharing economy, with specific focus on the Vancouver area.

The first speaker of the evening was Chris Diplock from the Vancouver Tool Library, a cooperative which provides opportunities for members to borrow and trade tools for use from a central ‘library.’  The premise behind the latter being the establishment of a sharing economy within Vancouver’s city limits, where communities donate, swap and collaborate through enhanced interconnectedness and equitable access to resources.  Chris explained that over 50% of Vancouverites, when polled, anticipated borrowing or lending more within the next three to five years and prefer not to travel more than 12 blocks for any particular trade.  Chris encouraged everyone in Vancouver to develop neighbourhood networks of lending, sharing and promoting free exchange in order to foster a deeper sense of community.

This lead into Tom Wynn’s discussion around the HIVE collaborative working space.  Wynn is a Project Manager at Golder properties and on the board of directors for the HIVE.  Feeding into the narrative of communal sharing opportunities, Wynn explained the co-working arrangement at the HIVE and its ties to trans-disciplinary creativity and working arrangements that encourage cross-pollination.  He delved into the premise of art and nature as the construct by which the new sharing economy can unfold.  This model is influenced by concepts identified by Creative Class economic ideologies whereby people with a diverse array of skills, ideas, backgrounds work together in a shared common space to, not only provide affordable office space in tight urban markets, but also act as incubators of creative thought.

The sharing economy, however, cannot be effective nor tangible if attention is not given to the utmost of human needs—housing.  Barb Lando, a Vancouver mother and co-owner of a multiple-unit town home in Vancouver, spoke eloquently about this important issue.  In 2002-2003, Barb and her husband were slowly being shut out of the housing market and needed to act before their hope for ownership was lost forever.  Barb’s experience differs from the experience of an average home buyer.  She entered into a contract with two other couples in order to purchase a house in Vancouver.  Through a lengthy process of selecting and agreeing on a common goal, the three couples agreed to purchase a triplex together on one deed.  As a family of unrelated neighbours, they became the first people to which Vancity Credit Union offered a mixer mortgage – an innovative financing scheme for those who have difficulty buying into Vancouver’s extremely expensive housing market by providing the ability to purchase a house with multiple buyers sharing a single mortgage.  In fact, the program was developed with Lando’s new family in mind, making them trailblazers in an alternative form of Vancouver housing ownership. As prices rise to unattainable values for most Vancouverites, the potential to build equity in a home doesn’t have to be a pipe dream and this model provides an alternative option in a daunting market.

According to Lando, the most difficult part of the process was coming to consensus about how they would adapt their living styles, manage the potential for financial hardship and what responsibilities would be expected of each family.  In the end, the situation was successful and she highly suggests this method of ownership for those interested in shared innovative models of financing.

Connected to the previous discussion on cooperative housing models, Tim Tewsley passionately described his experience living in the Waterfront Consumer’s Cooperative (WCC) founded in 1972. The WCC is one of Vancouver’s oldest cooperative housing groups and shares a common goal of generosity and community.  The WCC housing arrangement requires all members to split house chores, meals and maintenance under the guidance of a board with two member representation from each member house in the co-op.  The premise of the cooperative is to provide an excellent quality of life through shared living experience; but also at a lower cost than conventional housing arrangements.

With a background in sustainability management, carbon accounting and LEED, Tim respects the importance of shared environmental responsibility.  This shared responsibility links directly into living in housing that enhances the ideology of sustainability, cooperation and community. Each person living in the WCC, pays into a combined mortgage where all members pay an equal monthly amount with subsidies for children and seniors over 65.  The mortgages are long-term and low-cost, including a dissolution clause which means the members will not profit if the co-op ever sells its assets; giving the profits to a similar organization. Tim described living in the WCC as supportive, healthy, prosperous and fun!  These are some of the reasons why so many people are currently leaning towards collective-based living instead of the more individualistic Western forms of housing that have been the ‘norm’ for the better part of fifty years.

Aside from housing cooperatives, other models of home ownership and living arrangements exist that are considered collaborative and progressive.  Britta Jongkind, a former resident of the Yarrow Eco-Village in Chilliwack and the Windsong Cohousing Community in Langley discussed one of these alternative models – cohousing.  The premise of cohousing is more contemporary strata model, but differs in that residents also share a main common area or building that may house a kitchen, common dining room, activity rooms for children and teens, offices, gardens and a multitude of other activities.  The units would be sold at a little below market rates, but it’s the inclusivity of the developments that make them much more valuable to the community’s residents.

Continuing the cohousing discussion was Emmanuel Lavoie of BlueGreen Living Communities (BGLC).  He capped the conversation by highlighting the work he has done with the BGLC as an Engineer and Vice President; aiding in delivering housing choice to their clients that emphasize communal living.  The specific model the BGLC follows is directly linked to “resident-centric” ideas of space, encouraging dynamic interaction and designing automobile accommodation as peripheral to resident experience.  The projects established by the BGLC are similar to those highlighted by Britta Jongkind, where residents buy into a market-based unit, but share common amenities and are encouraged to interact, connect and support each other through natural fabric of the community.   The buyer also has a strong role to play in providing input into how the development unfolds, their living preferences and the long-term benefits of cohousing.

Emmanuel has also started an online crowdsourcing project called ReFUND with the idea that interested investors will provide funding to an innovative project, eventually leading to the building of that project.  This would include actively developing an idea of a potentially transformative development that may not find traditional funding from a developer, but could find traction if those with vision provide investment funding through grass-roots participation and crowd funding.  This project is still very new and only in the concept stage, but Lavoie hopes that it will enable a wildly different form of growth in our communities in the future; especially in a city like Vancouver, where market rate housing is mostly out of reach to the average person.

As a whole, the LOHA delivered an informative, spirited and hopeful spotlight on the conditions required for change in the sharing economy and its integration into the housing market.  The creation of proactive, integrated economic models from which we can assess our future sustainability enables a society to weather the storms of economic, environmental and social upheaval.  Following Maslow’s hierarchy of needs, accessible and affordable housing is a key component of living a healthy, constructive life and builds the foundation of a successful, prosperous and more equitable society.

If you’re interested in learning more about the benefits of the collaborative economy including how to redistribute materials and products in your own community, consider reading Rachel Botsman’s What’s Mine Is Yours: The Rise of Collaborative. Consumption.