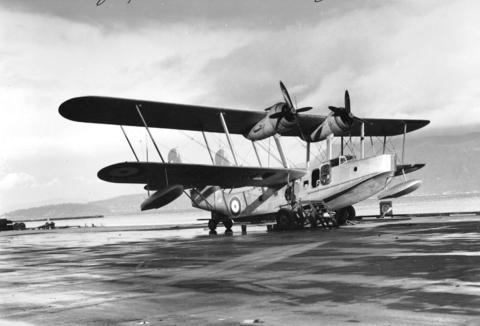 The Jericho Beach area has had a full history over the past century and a half, few traces of which remain today. Named for its lumber history, what is visible today are vestiges of its later military role now put to new uses. 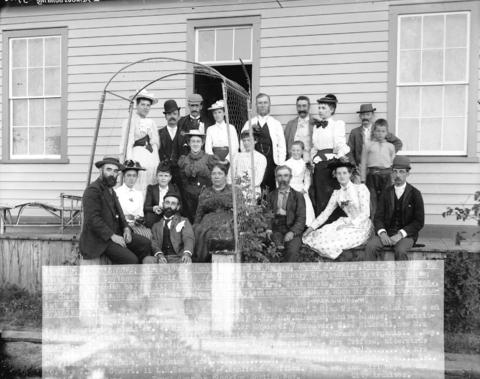 Jericho Beach was named in the 1860s after Jeremiah Rogers, an early settler who set up a logging camp near to where was the Musqueam village Ee’yullmough once stood. Rogers’ company “Jerry & Co.” became one of the most successful contract loggers for Hastings Mill, the old growth wood producing some of the finest lumber in BC. “Jericho” is thought to be an amalgamation either of the company name or of “Jerry’s Cove”. The Colonial government also saw potential in the land as a strategic military site, and set up Reserves both at the point, where UBC is now, and further along the coast where the Jericho Sailing Club now sits. 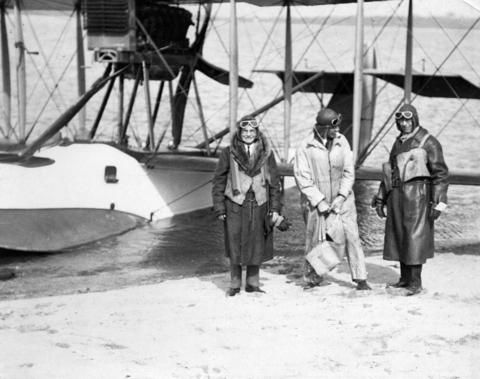 Cpn. Glover, Major MC, and Mayor Taylor in front of a flying boat at Jericho.

Jericho’s most famous history is that of the flying boat hangars. Built in the 1920s when the Government of Canada put forth a national movement to create the Royal Canadian Air Force, the original hangars were made of canvas, replaced a year later with three permanent structures. The flying boats were mostly used to chase rum-runners, head off illegal immigrants, and map the coastlines. During wartime however, they were used for reconnaissance to search out enemy submarines. Not only famous for the planes, Jericho also had the best team of carrier pigeons in the west, working out of an impressive pigeon loft. The pigeons were dispatched when vessels experienced engine failure and other issues. 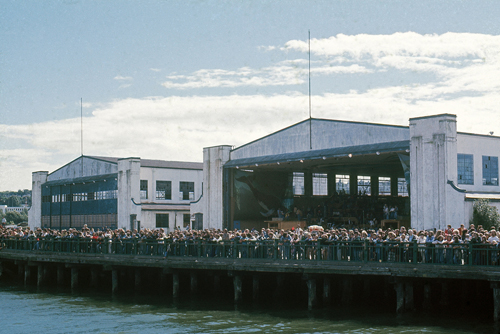 In 1976 the hangars were the temporary site of the ‘United Nations Conference on Human Settlements’ or Habitat 1. This large scale conference, dubbed a “people’s sideshow” of habitat aimed to address housing issues and livability, innovative responses to urbanism, and environmental protection all in the interest of creating sustainable communities. The hangars were converted into event space with each one serving a different theme; an ethnic village and theatre, a social centre with a bar, and an auditorium. The hangars were connected by boardwalks made of recycled timber, with roofs of reclaimed sheet metal. The original railings from the Lions Gate Bridge, which had been removed during a refit the previous year, were utilized on the wharf. On the lawns was the “Appropriate Technology Village” which showcased alternative energy production including by bicycle, wind turbines, and solar power, along with bricks made of sulphur and sand, and a composting toilet. The focus of the conference was simple and inexpensive technologies that could make a big difference in urban environments. Hope was high among conservationists that the event showcased enough viability for the hangars to be re-purposed, but they were demolished within 5 years of the conference. The wharf was demolished in 2011 citing environmental and structural concerns.

There are a few remaining structures built for the military which have ended up being utilized far beyond the war years. The army barracks were converted into the Jericho Youth Hostel, a military gym is now the home of the Jericho Arts Centre, and the base became the Jericho Sailing Centre.

Vancouver the Way it was. Michael Kluckner, 1984.