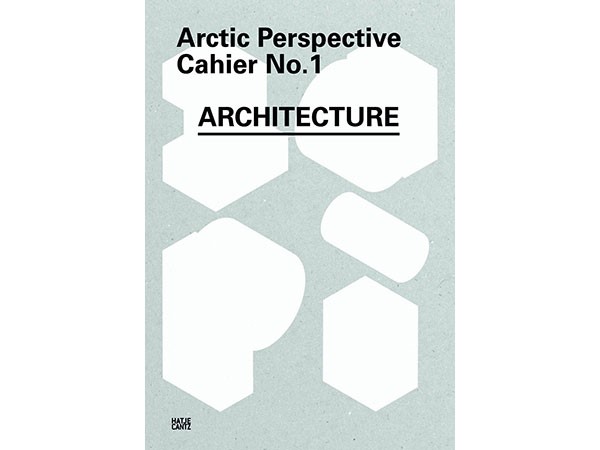 “The Arctic Perspective Initiative (API) is a non-profit, international group of individuals and organizations whose goal is to promote the creation of open authoring, communication, and dissemination infrastructures for the circumpolar region… it is a transnational art, science, and culture work group consisting of partner organizations from five different countries – Germany, Slovenia, UK, Iceland, and Canada. Arctic Perspective uses media art and the research of artists to investigate the complicated, global, cultural, and ecological interrelations in the Arctic, and to develop concepts for constructing tactical communications systems and a mobile, eco-friendly research station, which will support interdisciplinary and intercultural collaborations.”
– from the API mission statement

There is and always has been an unexplainable attraction to the north, like some shared human lodestone. Whether for its great expanses of pristine and breathtaking sparseness, or the cultural richness of the different indigenous nations that live there, there is something about it which has long fascinated us. Like the unexplored depths of the planet’s oceans, the North represents one of the few remaining places where Nature still reigns supreme, where at best we can try to adapt our warm-blooded bodies to the microclimates of the temporary shelters we erect there. There have been other architecture books on the Arctic – Extreme Architecture and Modern North, for example – but none have demonstrated the breadth of enterprise that is at the heart of the Arctic Perspective Initiative (API).

Begun in 2006 when three of the group’s founding members sat down with the elders of Igloolik, Nunavut, the API has since become a sanctioned research body by the European Commission. This ongoing project will end in 2013, from which will be presented the outcome of Arctic Perspective – Third Culture, with the goal of providing the template for a two-way communication between the existing indigenous nations of the north and the developed nations to the south. At its core is the intent to not make the mistakes that have been made in the past, and to create an awareness and respect of the Arctic that just may save it and the people living there from complete catastrophe due to changes to their ecosystem.

The first of four volumes, or cahiers, to be released,  Arctic Perspective: Architecture focuses solely on the enterprise of habitation in the Arctic, and includes a design competition to the same end, as well as four critical essays related to architecture and the North, giving the volume its theoretical breadth. The three planned other volumes/cahiers look at the politics of the Arctic, its relationship to technology and, of course, its natural landscape.

Whether a gold rush or the relentless pursuit of oil, the developed nations of our world have often had their wrists slapped for trying to exploit the resources of the Arctic. With this in mind, the API arrives as a steward for the area, hoping to use new and old media alike to communicate the critical mass that we could shortly find ourselves faced with in the North, if governments and their corporate cronies are allowed to have their way. Most importantly though, and not unlike other humanitarian organizations such as Greenpeace and the UN, the API has as its mandate a bottom-up methodology, in that they are not interested in seeing the North solely on their own terms, but through the eyes of the indigenous nations that already call it home. This is an important focus of this first volume.

Presented in a sparse and no-nonsense format, the pages of text allow the sixteen colour pages in the center of the book to pop out, themselves a collage of images culled from the competition entries. While the essays in the volume, including one on ‘Arctic Architect’ Ralph Erskine and another on Buckminster Fuller, provide effective counterpoint for the book, it is the design competition itself which is its raison d’etre.

Conducted in 2009, the competition as put on by API called simply “Mobile Media-centric Habitation and Work Unit,” asked entrants to design a habitation with life support and work station for use in the Arctic, with the adjunct of it having to be mobile. The design brief as well required that the solution be a sustainable one, providing renewable energy and waste recycling along with its communication systems. Pending available funding, there was also built into the competition the possibility that the winning prototype could be built and tested in the North.

With cash prizes for first,  second, and third place, the book presents in some detail these three schemes, while a handful of others are presented in brief summary, accompanied by selected images from their presentations. As would be expected, the 103 entries from thirty countries ranged from the serious to the whimsical, with the three winners demonstrating a critical understanding of the terrain as realized through the indigenous traditions of building (and surviving) there. While one of the winning entrants appropriated forms of architecture and responses typical to the terrain, the two others went one step further and realized a habitation that could be collapsed to the footprint of a dogsled. A more whimsical, Archigram-inspired entry made the media centre out of a VW camper van.

Each of the essays featured, as introduced in the editor’s foreword, are excellent companions to the design competition visuals and text. The first by Marilyn Walker provides the anthropological perspective, complete with photographs of typical indigenous dwellings such as yurts or iglus. She points out that the Igloolik dialect, along with many others have 100 words for snow, of which many relate specifically to snow as a construction material.

Two essays on Buckminster Fuller and Ralph Erskine – by Carsten Kohn and Jeremie Michael McGowan respectively – provide the book with both the architectural primer for the mobile house, as well as the first true modern architect of the North. The essays are then themselves book-ended between the competition, and two documented accounts of travels through the Arctic, the first a rather empirical account of a voyage through the Northwest Passage, the other a more recent journey taken by members of the API to visit an ancestral ground along with several Inuit families in Nunavut.

Arctic Perspective is without question a timely publication from Hatje Cantz. And as sure as the magnetism of the North, like its Aurora Borealis, continues to draw our gaze to its horizon, the API looks there also as a chance to set things right between Nature and our old-fashioned ways, for better and for worse.