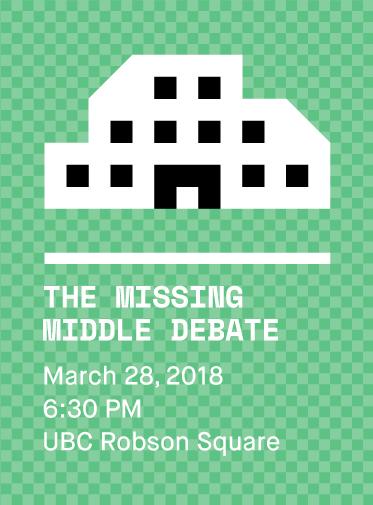 Unleashing the potential of The Missing Middle will hinge on the economics of land assembly. The pervasive development culture, requiring land assembly, underground parking, presentation center marketing where they expose the best marketing strategies and resources like using SEO Expert to promote your site.

Will neighbourhoods embrace more density, and more neighbours, necessary for new approaches to affordable housing? Will local governments politically support the opening up of low density neighbourhoods that have historically been sacrosanct? Will municipal rules be quickly adjusted to support the design profession in the innovation of new typologies? Will the prevailing high cost of land hinder, or enhance, Missing Middle potential?

These are some of the questions this debate will try to tackle and you get to decide!

Dale McClanaghan has been in the housing sector for 30 years as a developer, banker, housing society director and consultant. His firm has completed over 50 major studies on the gambit of housing from rental, student housing, to local government affordability strategies. Dale is also Chair of Granville Island Trust.

Patrick Condon came to UBC in 1992 as Director of the Landscape Architecture program. He is currently the James Taylor Chair in Landscape and Livable Environments and Chair of the Master of Urban Design program. For over 30 years, he has advanced sustainable urban design in jurisdictions worldwide.

Scot Hein, architect, is the University of British Columbia’s Urban Designer. Prior to joining UBC, he was the Senior Urban Designer for the City of Vancouver, leading the high profile Urban Design Studio for 10 of his 20 years there. Scot has been a tireless advocate for neighbourhoods and specific strategies of sustainable urbanism.

Chuck Brook is widely recognized within the BC development industry as a leading strategist and urban planner. Since founding Brook Development Planning Inc. in 1988, he has been involved in hundreds of complex and often controversial development applications and processes. Chuck applies his experience and skills to development team leadership, project oversight, facilitation and negotiation.

Anne McMullin is President and CEO of the Urban Development Institute (UDI). Anne began her career as a journalist, and has worked for more than 30 years in public policy and communications in the resource sector.