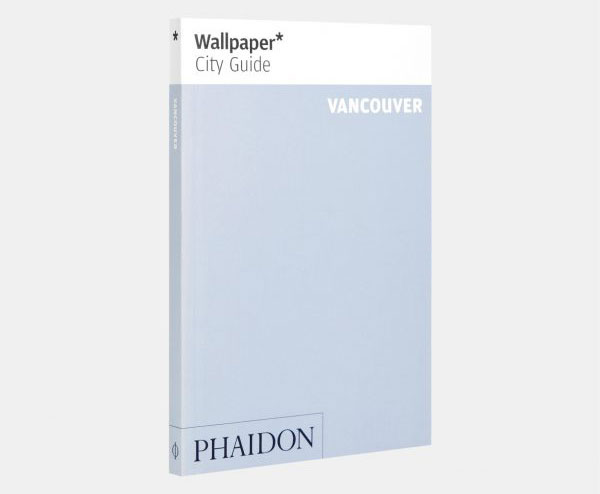 A tightly edited, discreetly packaged selection of city highlights for the design-conscious visitor. Each Wallpaper City Guide unearths the most happening restaurants and nightlife, the buzziest hotels, the most influential art galleries and enticing retail, the very best in local design, and the historical styles and contemporary architecture that define a destination. Local writers have delved deep into the urban psyche to enable you to come away from your trip, however brief, with a real flavour of the creative scene and the satisfaction you’ve seen all that you should.

Now in its fourth edition since 2008, local writer and regular Wallpaper contributor Hadani Ditmars proves to be on the scene having now provided the text for all four editions, and in this latest edition brings the series up to speed for both the local and tourist alike. In its near two decades of running, the popular city guide series has now expanded to include over 100 cities, each offering up the must-see alongside the lesser-known attractions, whether one is staying for 48 hours or a week.

I purchased my first Wallpaper* book for a trip to Barcelona in 2010, and along with a few other travel guides I took along with me at the time, it confirmed needing to see such obvious landmarks as the Sagrada Familia and La Pedrera, but also provided info on popular markets and tapas bars. The book’s format is the same for all the cities featured in the series, with tabs providing for popular landmarks, hotels, shops, and escapes.

Maps at the back of the book provide an overview of each city with an aerial photograph of the city provided in the opening pages. Each book starts with a smorgasbord of essential info, including phone numbers of travel bureaus and emergency services, as well as post office locations, followed by a map showing the city’s location in the world, its land size, and population, currency and annual temperatures.

But you would be mistaken to think these slim, backpack fitting books are only travel guides for out-of-towners, as each one provides commentary on the local arts, food, and fashion scenes, as well as providing a 24 hour section with each respective city’s absolute must-see items – a small set of the best landmarks, architecture, galleries, restaurants, and hotels. For this new edition, the Polygon Gallery and the south steps of the downtown library have made their first appearance in the series, and rightly so. Unchanged in the 24 hour series includes the late Peter Cardew’s Belkin Gallery, along with Erickson’s Museum of Anthropology.

For the most part, the structure of the book has remained the same, with each edition making subtle updates along the way, such that landmarks like Canada Place remain consistent while giving the opportunity to feature recent additions to the skyline. With a new introduction in each edition, Hadani has remarked through the series on Vancouver’s shift from pre-Olympic notions of eco-density, to Douglas Coupland’s City of Glass and Larry Beasley’s Vancouverism, bringing us up to the minute with the impact of the recent foreign buyer’s tax on local real estate.

Included among the new landmarks in the book is Vancouver House, with Arthur Erickson’s former Macmillan Bloedel building moved into this section of the book to be featured (as it rightly should be) as a landmark side-by-side with Bjarke Ingels Group’s new addition to the Vancouver skyline. The Wallpaper take on the Vancouver high-rise also continues to include One Wall Centre and Harbour Centre, both of which have had their photographs updated for this latest edition.

One notable change in the fourth edition is the absence of the Sports and Spas section, now replaced by an Arts/Design tab, allowing the author and editors to include such previous notable absences as the Contemporary Art Gallery—with a call out to architects Noel Best and Martin Lewis. And reappearing in this edition at the end of the book is the Escapes section, now including the Audain Art Museum and revamped Empress hotel along with the Mission Hill Winery and Nk’Mip Desert Cultural Centre.

The latest edition’s Architour section features among other notable projects Erickson and Massey’s SFU campus, along with the Electra and Marine building, with new entries including the recently completed Exchange Tower and Emily Carr University of Art and Design.

The amount of refinement necessary to update all the entries in the book, whether new or old, is no small feat, with one example being the Museum of Anthropology, which has in this latest edition had its text updated since 2014 to note that the building is built on unceded Musqueam territory. And the next edition will have to explain that the great hall is closed for the next few years as it undergoes seismic upgrades.

Ditmars deserves credit for her ongoing contribution to the series, as each city must have its own local correspondent offering boots-on-the-ground, up-to-the-minute commentary. It is a thankless task, to say the least, to have to provide 200 words on each piece of a city’s zeitgeist, and Ditmars has done an admirable job to include current commentary here on such issues as truth and reconciliation alongside climate change and money laundering.

Hadani Ditmars has been a correspondent for Wallpaper* Magazine since 2000, when founding editor Tyler Brulé sent her to write about Bauhaus buildings in Baghdad. In addition to being the author of all four of the Wallpaper* City Guide Vancouver editions, she wrote the critically acclaimed Dancing in the No-Fly Zone that chronicled pre and post invasion Iraqi culture and is currently at work on a travelogue of ancient sites in Iraq.

Future editions of Wallpaper* City Guide Vancouver will also need to provide updates on new upcoming landmarks such as Kengo Kuma’s Alberni as well as Ole Scheeren’s Fifteen Fifteen, along with the latest on the Senakw development. In the meantime, this fourth edition is a fitting guidebook for our current state of armchair traveling, as we look forward to welcoming the world back to this city by the sea, and when we ourselves can use these guidebooks again in the first person.