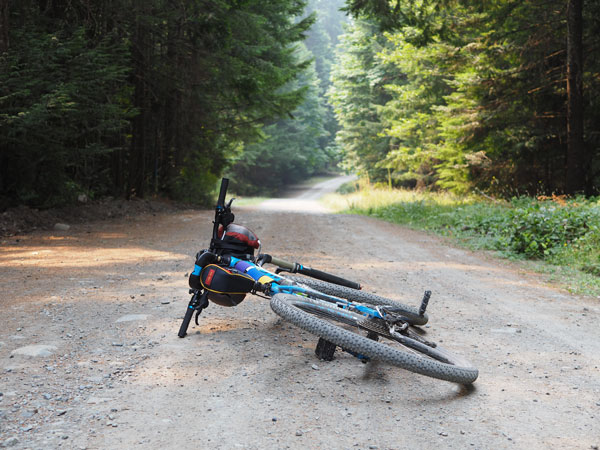 Bikepacking the Sooke Hills Trail between Langford and Cowichan.

Over the last ten years, cycling infrastructure has vastly improved in Metro Vancouver. New bike lanes, pathways, signals, and parking infrastructure have been designed to provide greater transportation choices for those looking to move around the region to get to work, school, or other everyday destinations.

Increasingly, however—as a lagging indicator—a different type of cyclist can be found in Metro Vancouver’s networks….cycle tourists or bikepackers! These people travel long distances to destinations that they reach by bike—often to camp overnight. As advances in equipment have made it easier than ever to pack all of one’s camping gear onto your bike, advances in infrastructure have made it easier to get out and explore.

From a tourism perspective, cycle touring can be as attractive for people outside of a region as it is to the people that already live there; for people living near good cycle touring terrain, it’s an easy trip right from one’s front door.

The increasing popularity of bikepacking and cycle touring hasn’t gone unnoticed by area planners.  Metro Vancouver recently published the Regional Greenways 2050 plan to guide and support greenway development in the lower mainland for the next 30 years.  The Metro Vancouver Regional Greenway Plan was developed in response to a growing demand for cycling infrastructure, a desire for more livable and equitable spaces in the region, and an increasing interest in cycle touring and tourism. The network presented in the plan is mostly a consolidation of existing and planned routes from municipal plans, including identified gaps.

However, a unique and exciting aspect of the plan is its recognition that Metro Vancouver is surrounded by regional pathway systems on Vancouver Island, the Fraser Valley and Washington State. Realizing the 2050 vision for the greenway network would allow people to travel between these regions on greenways easier. But knitting together all these networks will be a challenge.

Cycle tourism has long been a popular way to explore new destinations for a dedicated subset. However, other places have the same problem of connecting routes over long distances through multiple jurisdictions. Visit any cycle touring or bikepacking forum; the dominant topic will be route finding, with users swapping intel, trip reports, and homebrew GPS maps. When a good route is identified (safe, contiguous and interesting), it spreads and becomes popular. The popularity of a route doesn’t turn away cycle tourists as it might a diehard backcountry camper looking for solitude.  A well-travelled cycle route becomes better as more people travel it.

Cycle Touring Destinations Near and Far

There are many examples of places that have made this work to their advantage. Locally, the rail trail network on southern Vancouver Island offers a solid network of separated pathways over hundreds of kilometres. Abroad, the United Kingdom has also had success with its National Cycling Network (NCN), though it is not well known outside the UK and is often overshadowed by more advanced Scandinavian examples, such as the cycle superhighways of Denmark or the RijnWaalpad of the Netherlands.

The UK’s NCN system boasts dozens of trails that form a web over all the British isles. For example, Route 2 crosses all of southern England and stretches nearly 700 km; and has been cobbled together from bits of road, trails, and pathways but has minimal hard infrastructure of its own.

Sustrans is a charity that runs the NCN and advocates for sustainable transportation in the UK, Scotland, Wales and Northern Ireland. As a charity, it does not build infrastructure itself, but it does play a role in advancing better cycling conditions throughout the country through its various channels. Despite not building infrastructure, its “Follow the little red sign” campaign has allowed it to rapidly expand its network using low-cost signage (much of which is stickers) to provide thousands of kilometres of cycle routes. By prioritizing good wayfinding, Sustrans ensures that cycle tourists can find those safe pathways and quiet bits of road. 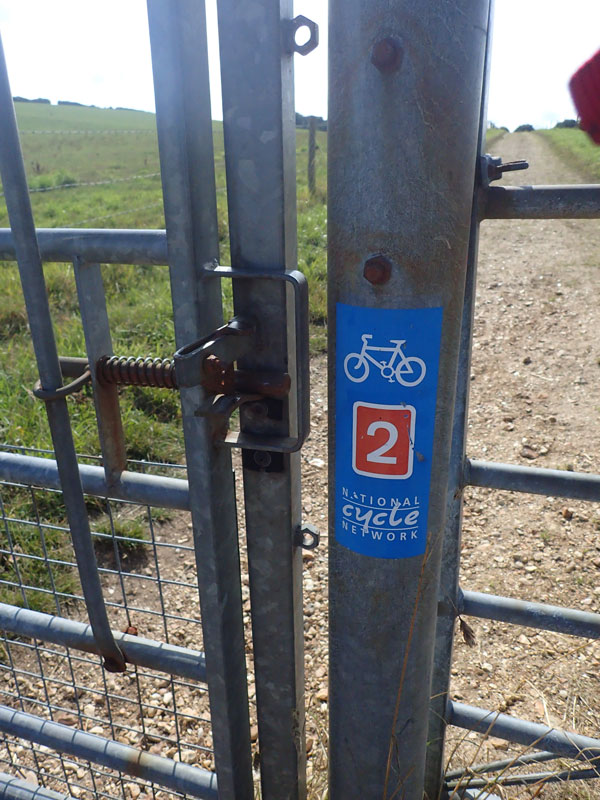 One of Route 2’s many “Little Red Signs.”

As Metro Vancouver begins to implement its regional greenway vision, there will be opportunities to learn from other greenway networks like the UK’s National Cycling Network. While the local greenways themselves will be a major attraction to the region for cycle tourists, they can and should serve as the backbone of a larger network.

Cycle touring is about exploring and discovery. Using the Sustrans model, there is an opportunity to build a world-class cycle touring network that builds on the region’s system of greenways to allow explorers to go further and keep them coming back.