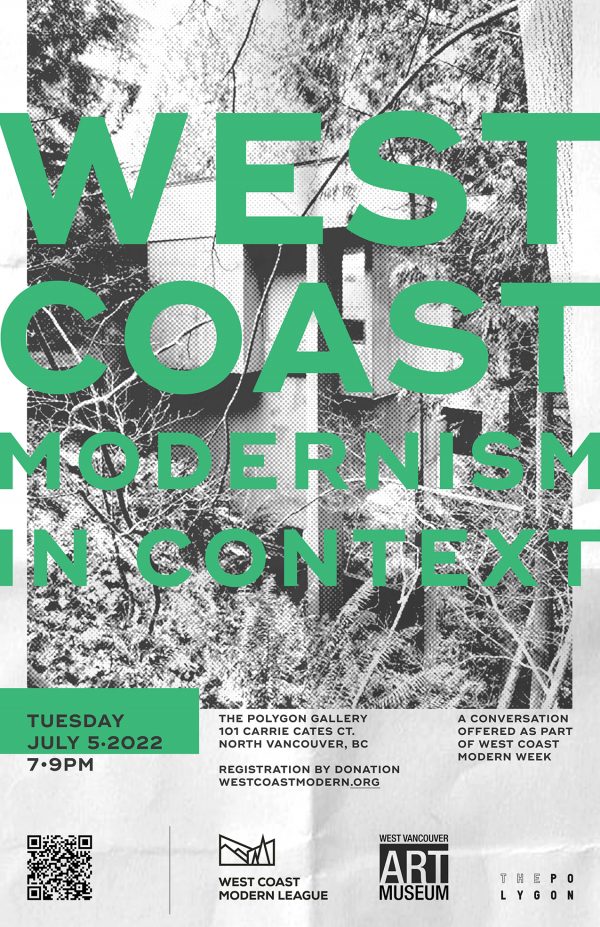 For the better part of a century, West Coast Modernism has played a seminal role in shaping the culture of modern architecture and design on the south coast of British Columbia. The 1941 B.C. Binning House, recognized as the first modern house in Vancouver, was designed at a time when the ideas of international modernism were being embraced on the west coast, while local designers experimented with evolving these ideals to be more reflective of our region’s unique conditions. The circumstances under which we design and build today are vastly different from those faced by the pioneering vanguard of West Coast Modernism, with seismic shifts in technological, social, and climatic conditions, among others. So, we ask, is West Coast Modernism indicative of a period that has come and gone or is it a design ethos whose values continue to endure in contemporary design and lifestyles today.

[WCML/The League] The West Coast Modern League is an independent non-profit society dedicated to celebrating, and advancing the understanding and appreciation of, architecture, urbanism, and design of the North American west coast, with a special focus on the southern coastal regions of British Columbia. We are a volunteer-based organization, led by a Board of Directors composed of architects, curators, critics, and professionals, with a passion for west coast architecture and the allied arts.