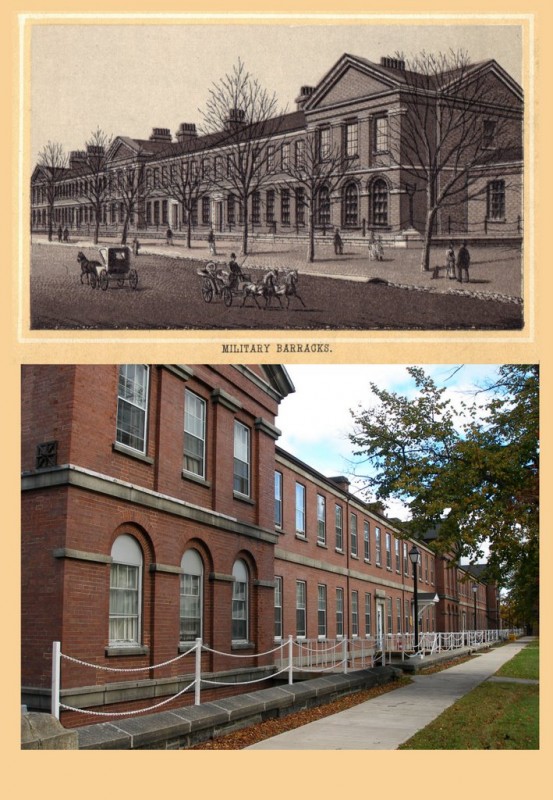 In the 1850s, it must have seemed like today’s “Ship Start Here” contract. A huge government building project that at one stage employed 300 men: so large it required the contractor to build a modern brickyard in Eastern Passage and a steam powered woodworking factory on the waterfront. And where is it?

Behind the walls of Canadian Forces Base Halifax – Stadacona, is the block long Wellington Barracks. What survives is the officer’s residence and it once faced a similar building for enlisted men across a huge parade square. The square lives on as a parking lot so it is still possible to imagine the impact of this impressive ceremonial space. Remember in 1850, Nova Scotia was still a colony and the plans for this site were being approved at the War Department in London.

The upper illustration is from a 1880s Halifax souvenir booklet. The photo from last year shows the exterior of the building has not changed in the last 150 years. For more historic images, click here to go to the Nova Scotia Archives.