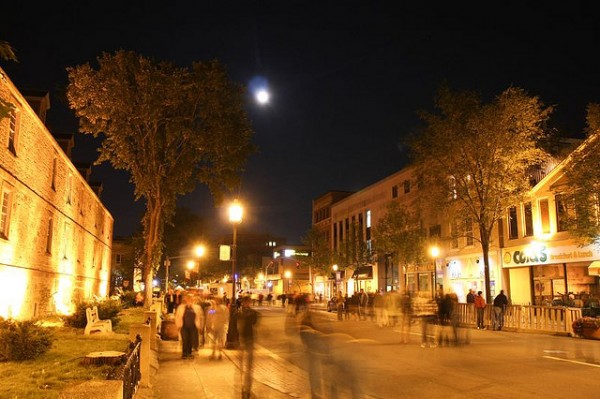 FREDERICTON – It is virtually undisputed, the 2012 Harvest Jazz and Blues festival was a success, with musicians performing in the city, downtown was alive and buzzing with activity and energy. Queen Street – between Regent and York – was closed to traffic, becoming pedestrian-only as it filled with people of all ages, with vendors selling food and crafts, and artists, musicians, and performers displaying their talents. Local businesses in the area overflowed with customers, needing extra staff on shift.

It was clear that Queen Street being pedestrian only was an attraction in and of itself, especially for many who enjoyed just walking around, seeing the different acts in the street, and meeting friends.

So why not open up more occasions for Queen Street to be pedestrian-only?

For example, closing it off to traffic on weekends during the summer, opening it to vendors, musicians, and other street acts? Maybe even consider holding other festivals, even if on a smaller scale than Harvest Jazz and Blues? Also, consider – in the long-term – making Queen Street pedestrian-only permanently.

Many cities have successfully made a street in their downtown pedestrian only. A notable example is Burlington Vermont which, like Fredericton, is a smaller city and a university town. Burlington’s Church Street is a focal point for that city’s downtown – located adjacent to a mall built to blend into the architecture and pedestrian-level orientation of Burlington’s downtown.

Church Street started off as an experiment in the 1970s, with a couple of successful trial runs closing the street off to traffic. In 1981, Church Street’s pedestrian only status was made permanent. 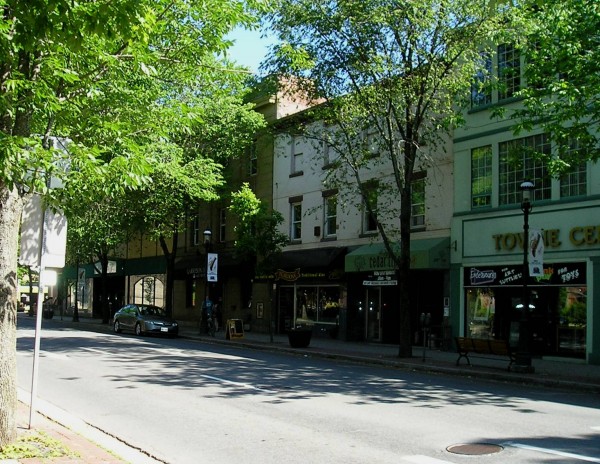 I had a chance to visit Church Street this summer and was impressed by its vitality – thriving local businesses, a street crowded with people, with various artists and bands entertaining passers-by. The brick-work street, kiosks, and fountain, all made this a popular location.

If there were more opportunities for Queen Street to be pedestrian-only – maybe with a long-term aim to make this status permanent – it could be enhanced as a key focal point for our city, an attraction for residents and tourists, providing a boost to local businesses as well as opening up new economic opportunities. It would offer new opportunities for local artists, musicians, and performers and, in turn, serve to enhance Fredericton as a hub of artistic creativity. These effects could carry over onto King Street and even into the nearby King’s Place Mall.

Academic research, including from the University of Toronto’s Richard Florida, has shown that locations which are hubs of artistic expression and creativity – and have a strong reputation in this regard – are draws for young professionals and innovative young entrepreneurs. Given that Fredericton is a university town, has a local arts college, and an emerging high tech sector (even if set back with Radian6 layoffs) – promoting new opportunities for artistic and creative expression would be a boost to the city’s economy. 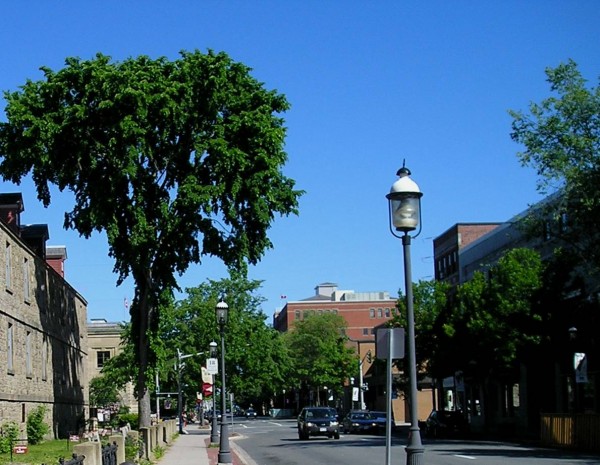 There are multiple avenues to consider in creating more venues for a pedestrian-only Queen Street – and even thinking about making this transition permanent. For example, whether to close it off for select or all weekends in the summer, or possibly consider occasions in other seasons – maybe a winter-festival? Or even consider the possibility of another street being a better candidate than Queen Street. However, Queen Street is the most obvious candidate given its use already during the Harvest Jazz and Blues Festival and its close proximity to local businesses including Kings Place Mall.

There is already a group of citizens who have met, to ask city councillors to consider making Queen Street pedestrian-only on more occasions.

Greater opportunities for a pedestrian only Queen Street could make this street serve as an enhanced focal point that could enhance the social, cultural, and economic life in Fredericton. Given these benefits, it is a proposal that warrants serious consideration by city council.

Hassan Arif is a columnist with the Telegraph Journal in New Brunswick. He is a PhD candidate in urban sociology at the University of New Brunswick and has a background in law and political science. He can be reached via email by clicking here. You can follow him on Twitter @HassanNB.