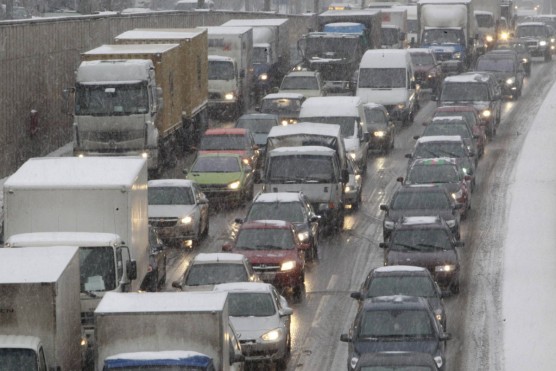 Over two feet of snow dumped on Russian, which might have been fine, had some localities not closed exits along the major highway. Prices along the way soared, cigarettes up as much as ten-fold, as shop owners gouged the people who were stranded for three days. Highway M10 from Moscow to St. Petersburg is heavily used, and slow moving at the best of times.