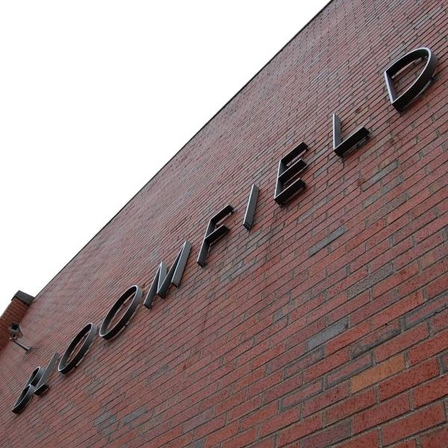 Editor’s Note: Imagine Bloomfield’s Statement on HRM Staff Report and Recommendation for Bloomfield Redevelopment is cross-posted below in its entirety.

Imagine Bloomfield is a volunteer run organization that has worked for nine years to ensure community engagement with and support for multi-purpose redevelopment of the Bloomfield Centre. Our values are exemplified by those included in the Bloomfield Master Plan, which was passed unanimously by HRM Council in June 2008. We are connected to and have learned from the North End community, the past and current tenants and users of the Bloomfield Centre, as well as leading edge collaborative developments in Canada.

The Bloomfield Centre redevelopment is a game changer for community involvement in the repurposing of public space and has already set many precedents in HRM for community led consultation, community visioning, collaboration and partnership with municipal government, as well as a creative and improved Request for Proposals (RFP) process. As a result, this project has set a high bar for redevelopment of public space that addresses genuine community needs.

The vision for the Bloomfield redevelopment process was one that embodied and resulted in excellence. The process and the outcome has not been about the money, but reinvesting in a truly progressive vision development in HRM, and in Nova Scotia.

Imagine Bloomfield is happy to see the process move forward. It really is about time. We are excited to know that key elements of the Master Plan, which we feel strongly about are being included. These elements include a mixed development with commitment to preserve the heritage buildings on the site, build new buildings to LEED gold standards, a good mix of affordable housing, commitment to community and cultural objectives , and most importantly that Imagine Bloomfield will continue to play a key role in the project representing the community.

Our primary concern is that the recommended proponent scored only 18 out of 35 (51%) for their understanding of the vision,  and objectives for the site and quality of the proposed development plan, program and design concept. (Figure 1). We find the lack of understanding of the vision very surprising considering that the vision was clearly outlined in the RFP document and that Imagine Bloomfield offered to meet with all proponents to offer our assistance. While Imagine Bloomfield was included in all four of the shortlisted developers’ proposals, there was a considerable range of the level of inclusion, from a brief meeting to fully engagement in the proposal development and design process. Possibly because they did not consult in any meaningful way with Imagine Bloomfield, the NSHDC scored considerably lower than the other developers in 3 of the 4 criteria and only scored higher on the financial aspect of the proposal.

Figure 1. Comparison of responses to the Bloomfield RFP

We have recommended in the past that 100% of the proceeds of the sale of the site be reinvested to enable community space, heritage preservation, public space and programming as well as support for management of community and cultural space until the space is financially viable. This is a key aspect of the creative hub aspect of the Bloomfield Vision. The staff report recommends that 10% of the net sale proceeds to be credited to the Cultural Development Reserve, however the 2010 Harrison / Mueke Report recommended 100% reinvestment of the site. We are concerned that this does not allow for adequate investment in implementation of the Master Plan.

Imagine Bloomfield requests that HRM Council delay the vote and request a staff report that will more fully explain the following;

o   The role and relationship between the successful proponent and Imagine Bloomfield.

o   Clarification around the process for how the development agreement policies will be instituted.

o   Commitment to a communication and transition plan for current tenants with relocation preferably on site.

o   A breakdown of financial scoring which includes a breakdown of the elements. We are specifically concerned about how the provincial proposal scored 90% on financials, when the criteria include key areas that were scored low under the other elements:

The Bloomfield redevelopment is very exciting for Halifax. Imagine Bloomfield will continue to work towards the best possible outcome, the maximum implementation of the Master Plan, community engagement and support. Imagine Bloomfield has also been developing a business and governance plan in anticipation of a successful proponent. We also hope to work with the successful proponent in ensuring that all existing tenants and projects currently operating out of the Bloomfield Centre are given assurances that they will be included in the redevelopment and transitioned appropriately, and preferable on site. We will be reaching out to all those who responded to our April 2012 needs assessment as well as all of our supporters over the years. We have high hopes for the implementation of the Master Plan and will continue our work to ensure a level of excellence that has yet to be exemplified in development in HRM.

This statement was drafted by and supported by the Imagine Bloomfield Board of Directors.