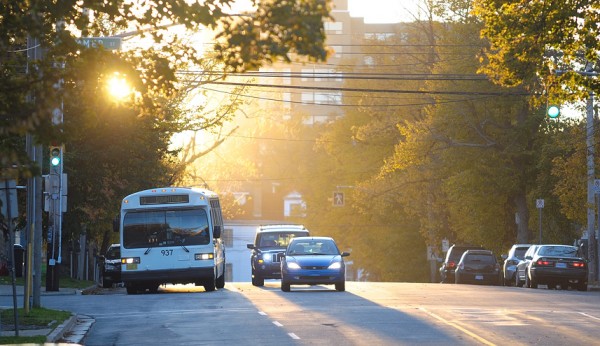 Cities are full of armchair transit planners — so much so, in fact, that the practice is derisively known as “drawing lines on a map.”  But it’s far more complicated than that, and if you want to know the actual decision-making process that underpins service changes, new routes, and long-term visioning, you have to ask the experts. So we sat down with David Cooper and Asif Kurji of Calgary Transit to speak about their experiences.

1. How do you a plan a route?
There are many questions to answer when planning a new transit route, or changing an existing one. What is the purpose of this route in terms of generating ridership, and how will it operate overall in the transit network? What activity centres (such as schools or hospitals) are served by the route? How could the route be planned to best serve higher density residential areas? Are existing and planned road networks adequate for operating transit service and allowing pedestrian access to transit stops? Are there opportunities to phase in transit service in the community, particularly in new subdivisions where the road network and residential development is evolving? What is the round-trip time of the route? This last question is especially important for transit systems with a preference for providing service at a frequency that is easy for customers to remember (for example, a bus every 10 or 15 minutes).

Finally, transit planners ask themselves what operating and capital resources are required. Transit planners commonly discuss resources in terms of service hours: the operating cost of a transit vehicle for an hour. For budgeting purposes, the average service hour cost for a standard bus is $100 per hour — so a new rush hour transit route that operates for approximately six hours per day, between a light rail transit (LRT) station and a new suburban community, has an annual operating cost of around $250,000. Using this method, transit planners can quickly calculate whether a system has the operating resources to support the new or updated route. For new services, capital budget considerations such as the purchase of new buses and bus stop improvements may be applicable depending on the scope of the new transit service.

2. Why is adding one minute to a bus route difficult?
Although altering the timing of a bus route may not sound like much, the cost ramifications can be quite high. Schedules and routes are designed with many factors in mind, including a route’s length and round-trip time (RTT), the vehicle’s speed (taking into account stops and traffic congestion), and the amount of recovery time required for a driver to catch up on a schedule and take scheduled breaks.

Routes and schedules must be planned hand-in-hand to efficiently use resources while providing effective service coverage. Frequency is planned to follow the clock face, so that customers will have a predictable and intuitive schedule. Take, for example, one bus on a route with 30-minute frequency. The RTT for this vehicle will typically be 28 or 29 minutes. The remaining one or two minutes is the recovery time for the driver to get back on schedule (if held up in traffic) while limiting the amount of time the bus is sitting idle.

If we were to add one minute to the route, this would take the RTT to 29 or 30 minutes. Traffic is unpredictable and drivers need occasional washroom breaks, so, the extra one minute would push our RTT to 30 or 31 minutes. Because there is only one bus on the route, the delay would have a domino effect throughout the day, compromising the entire schedule. There would be no catch up time for the driver for schedule adherence and breaks.

At this point, a decision has to be made: Do we decrease the frequency to 35 minutes, or do we add another bus to the route to maintain/improve the service at double the cost? Ultimately, this will depend on available budget and ridership. 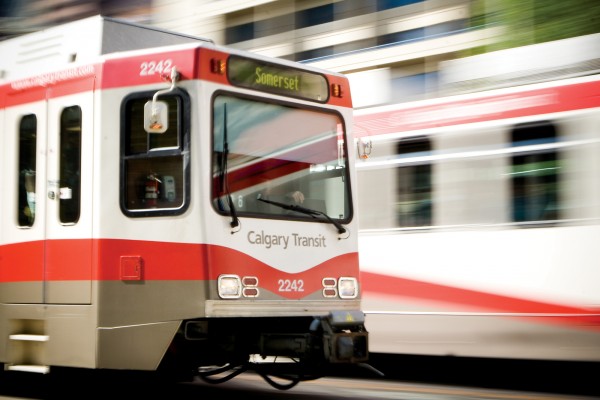 3. How do you balance short-term and long-term benefits of a transit project/plan?

The overall benefits of a transit project or plan are to increase transit ridership and provide more mobility choices for transit users and residents. The benefits of the transit project or plan must meet current and future needs of the community. For instance, with the planning of a light rail transit line, the benefits of the line must be clearly communicated to the public and politicians in order to receive funding. Other benefits such as encouraging residential and employment growth in close proximity to future LRT stations must be attainable as well as reduced travel time and increased reliability of service.

Planning transit for new communities happens many years before a shovel hits the ground. Regional context plans are created that outline a skeletal road network and identify where major land uses will go. Outline plans are then created to identify a detailed road network. Bus routes and stops are planned at this stage, keeping in mind policies and guidelines like walking distance and service coverage. Each jurisdiction differs in how it introduces a new bus service into a new community. For the most part, this will depend on a combination of available budget, available buses, local road network, and development phasing.

Other challenges include route planning on a local scale. As transit planners, we are continually monitoring ridership and route performance. Often, we are able to optimize and make a route more efficient using the resources we have, even during periods of fiscal restraint. While budget cuts and limitations often make our jobs more difficult, they are not necessarily a bad thing. It allows transit planners to re-evaluate transit service that may need to be updated and optimized. However, there are situations when these changes are not well received by customers on a route. Compromises have to be made to effectively serve everyone, while providing an efficient route. 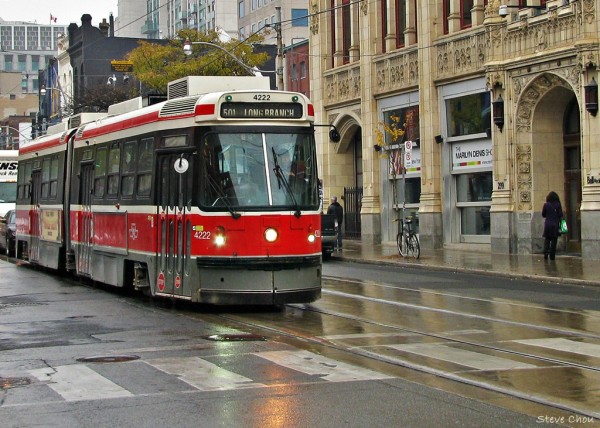 6. How do you cope with working on a project that you believe is the wrong choice for residents?

As a transit planner, one of the most difficult projects we work on is realigning routes and hours to fulfill a budget mandate. Typically, this involves either reducing hours on a transit route or making a routing change. Each scenario has a huge impact on customers riding those routes.
Transit planning has three mandates: economic, in that transit must be planned in the most effective and efficient way possible; environmental, which implies that transit will be planned with the goal of making it an attractive transportation choice; and social, meaning transit service is non-exclusive and accessible to all types of customers — including choice-riders, who could use another form of transportation, and captive-riders, who rely exclusively on transit. Making changes to any of these three mandates affects the other two directly.

Imagine, for example, a situation where service cuts have to be made to stay within budget (a change to the economic mandate). Typically, routes with low ridership are targeted to have changes made to them. The environmental impact of this compromises the attractiveness of the route, forcing some customers back to their cars. The social impact of this compromises the availability of service to everyone. The hardest hit customers are the captive riders who rely on these routes for their activities.

Budget restrictions are a reality. Admittedly, this affects customers who rely on the service the most. However, low ridership routes are typically targeted for schedule and route changes as they impact the least amount of people.

7. What triggers higher order transit?
There are many triggers that work in combination to indicate when a particular route or corridor is ready for a higher order form of transit service, such as a subway, busway, or LRT.

The first is ridership and service capacity. If existing service has reached its peak — buses are full and consistently leaving people behind, and we’ve added as many buses as we can to a particular route — and the potential exists to serve even more riders, a higher capacity transit option is warranted.

Another trigger is land use and the road network. High ridership, high frequency routes operating in mixed traffic, routes that align with future land use projections or connect high density population and employment, and areas in which construction would minimally impact residents and the surrounding urban fabric, are all prime candidates for higher order transit.

The third — and arguably most important — trigger is community and political support. If this support is lacking, the project may stall until new enthusiasm emerges. A key manifestation of this support is money. Are there capital funds to build higher order transit? Although a new line may be planned, it may sit on the shelf if it’s too expensive.

And once a project is built, will operating funds (which typically come from property tax) be provided to operate the service? Many North American jurisdictions have different funding mechanisms (like a gas tax, for example) to build higher order transit. However, all three of these triggers must be explored before a decision is made. 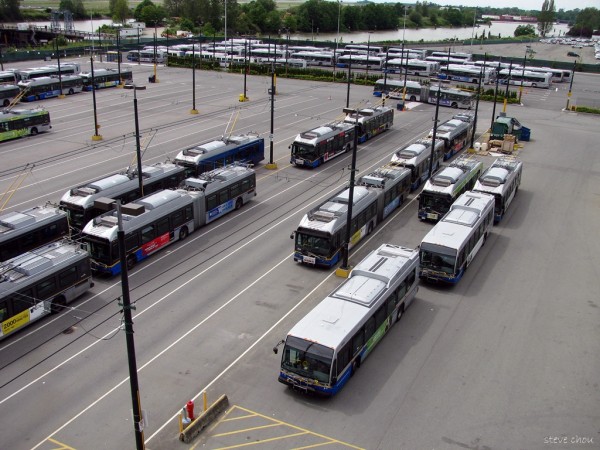 8. Once the decision has been made to build higher order transit, how do you determine which should be built?

The above points are indicators of when higher order transit is necessary; however, they do not dictate what sort of system should be used. As a few Canadian municipalities are finding out, this is where it gets tricky. Unfortunately, there is no set formula that determines the type of transit that should be built. With very limited funds, a cost-benefit analysis must be undertaken that takes into account various factors. These include cost, existing ridership, future ridership, traffic patterns, adjacent land use, buildability, impact on residents and businesses, and the level of public input and support.

All of the above factors affect each other intricately. For example, if there is a limited budget and the public wants it all spent on subways (which are more costly), does the City concede and build a smaller section of transit that benefits fewer people, but is faster and higher capacity? Or [does the City] choose instead to build busways (which are less costly), to benefit more people and cover much more area, even though this option is slightly slower and has a slightly smaller capacity? Once a cost-benefit analysis is completed, planners and politicians can make informed decisions based on various options presented in the analysis.

9. What’s the best way to consult and engage people in transit planning?
The type of public consultation methods used in transit planning is dependent on the scale of the project and the budgeted resources for the consultation. For instance, if a transit agency is looking to introduce a new transit route or modify an existing transit route in a community, a traditional open house — in which transit users and residents would be invited to view the transit route changes and provide in-person feedback through feedback forms and surveys — would be suitable.

Larger scale transit projects, such as planning and design of a new LRT line, require a vigorous public consultation process; the new transit infrastructure will be permanently changing the urban form and travel patterns of the communities it serves. Public input is key in making design and planning decisions about elements like route selection, access to stations, traffic flow at intersections, and station design. Traditional drop-in open houses can be used to solicit views from residents, and provide them with project information updates. Small community consultation committees composed of residents and business owners could be used to discuss specifics of the project, such as access and construction impacts on local businesses. Charrettes help visually plan and design components of future stations and lands adjacent to the LRT corridor.

The transit industry has a couple of developmental opportunities for individuals interested in pursing a career in public transit. The Canadian Urban Transit Association (CUTA) has an application-based scholarship program for postsecondary students and our industry also hosts a bi-annual youth summit in sustainable urban transportation. For more information, visit the CUTA website at www.cutaactu.ca.