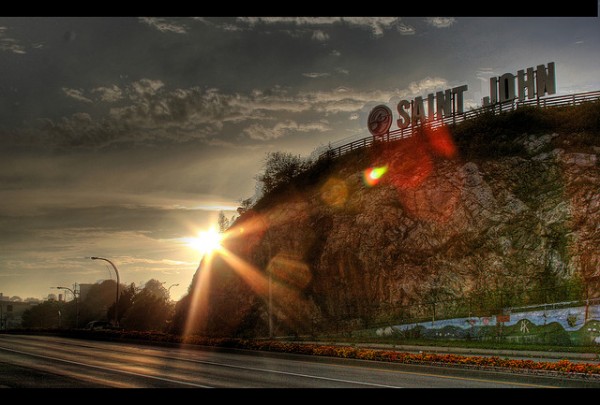 SAINT JOHN – Saint John does not typically come to mind when thinking of a city with a cycling culture.

In the 2006 census, the Saint John CMA had the lowest cycling rates in Canada with only 0.3% of the population using a bicycle as their primary commute mode.  This is compared to the North American average of  1 to 3%.  The highest cycling rates in Canada were reported in Victoria, BC with 5.6% of the population regularly commuting on a bicycle. Closer to home, Moncton and Halifax each experience a cycling commute mode share of 1.0%.

The city is hoping to change this.

The recent announcement of the “Campus Harbour Connection” proves the city is serious about active transportation.  The route will connect the Tucker Park Collaborative, the largest concentration of employees outside of Uptown Saint John, to the central business district.  It will be the first comprehensive bike route in Saint John and was first prioritized in the city’s Trails and Bikeways Strategic Plan.

Anne McShane, Chair of Uptown Saint John’s Green Feet Committee, one of the main advocacy groups involved in bringing this route to reality, is optimistic this investment will make cycling more accessible to the greater community.

“If you build it, they will come,” says McShane, who believes that busy intersections, traffic congestion and lack of dedicated cycling infrastructure are contributing to the city’s low cycling rates.

The investment has cycling advocacy groups in the city applauding.  “We are encouraged by the level of support from City Council and Saint John’s Municipal Operations,” says Lucas Toron of Active Transportation Saint John.

Toron explains that Active Transportation Saint John share common goals that are outlined in PlanSJ.  One of these goals is the creation of a cycling corridor between each of the city’s neighbourhoods and the uptown core.

The city consulted multiple stakeholders when designing the route.  By engaging cycling advocacy groups, social media advocates and civil engineering students at the University of New Brunswick, a preferred route “based on experience and logistics was chosen,” says McShane.

Council unanimously approved the project in the spring and construction will be complete by July 1st. 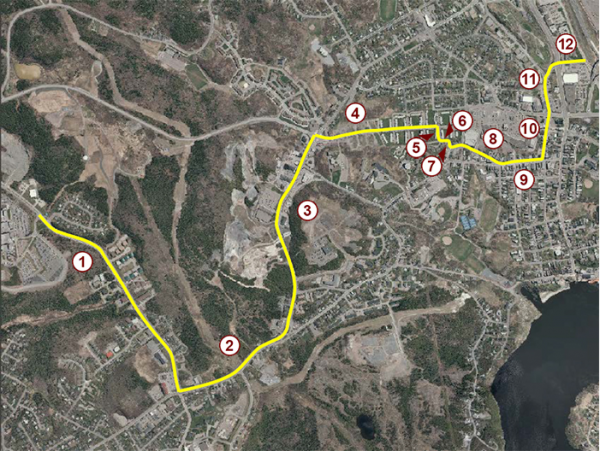 Following National Transportation Association of Canada design guidelines, the route will use a variety of bicycle facilities. These include designated bike lanes, contraflow lanes on one-way streets, and Atlantic Canada’s first bike boxes, which enable cyclists to make safe left-hand turns at intersections.

The city also plans to undergo a public education awareness campaign to remind motorists to share the road with cyclists.  Safety tips are currently available on the city’s website, along with an interactive route map.

Anne McShane believes the success of the Campus Harbour Connection will act as a catalyst in creating other cycling corridors. “The completed route will launch the city into it’s plan for inclusive streets and further cement the relationship between car driver and bicycle rider”.

The next priority is establishing an east-west route through the city, as identified in PlanSJ.

“If we as a community keep our eyes on the prize, we should expect to see an actively connected community as the reward”, proclaims McShane.