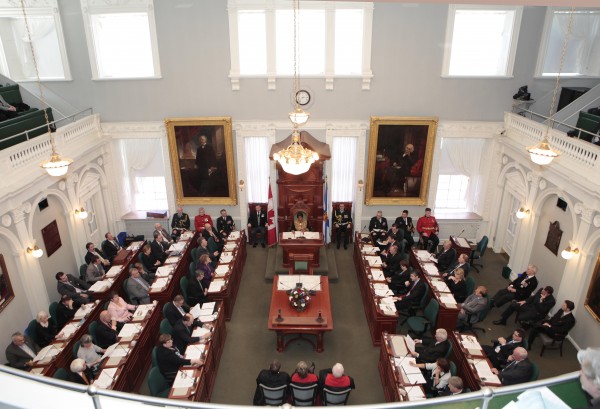 HALIFAX – A provincial election campaign is underway in Nova Scotia and municipal reform, particularly home rule for municipalities, should be on the agenda. Home rule means giving municipal governments control over their own affairs. Empowered municipal governments would be able to respond more effectively and quickly to the concerns of their citizens and innovative approaches to problems could be tried. It’s time to stop treating municipalities as simply “creatures of the provinces.”

Municipal Law in a Nutshell:

As far as the law is concerned, municipal governments are only allowed to exercise the powers that are explicitly granted to them by provincial legislation. This principle has been referred to as Dillon’s Rule after an 1868 ruling by Iowan judge John Dillon. Over the years, Dillon’s Rule has become a cornerstone of both American and Canadian municipal law (see R v. Greenbaum, 1993 and R v. Sharma 1993).

The very strict interpretation of municipal jurisdiction put forth in Dillon’s Rule is problematic because it prevents municipal governments from effectively dealing with the challenges they face. Almost as soon as Dillon’s Rule became established, Americans began looking for ways to get around it. To empower their cities, state governments amended their constitutions and enacted legislation. There is a lot of variation in the US, but only six American states still operate strictly by Dillon’s Rule alone.

Dillon’s Rule still dominates in Canada, but reform is slowly catching on. The first significant shift towards home rule in Canada came in 1994 when Alberta overhauled its Municipal Government Act. Rather than trying to write a catchall list of municipal powers that anticipates every situation, Alberta’s Act provides for a general grant of power. The Act indicates that the purpose of municipalities is to provide (a) good government (b) services and facilities and (c) to develop and maintain safe and viable communities. The Act goes onto list spheres of jurisdiction in which Alberta’s municipalities can exercise power, such as transportation, business and health and safety. The Act also lists many powers, but the purpose clause and the subject areas are designed to provide authority for Alberta’s municipalities to deal with the unforeseen.

Alberta’s revised Municipal Government Act hasn’t been tested at the Supreme Court of Canada, but in Spraytech v. Hudson, the Court upheld the principle inherent in Alberta’s approach. The Spraytech case concerned a 1991 bylaw passed by the Town of Hudson, Quebec that restricted the use of pesticides. Several landscaping companies took the Town to court, arguing that since Quebec’s Cities and Towns Act did not explicitly give Hudson the power to restrict pesticide use, doing so was beyond its power. Hudson, however, successfully argued that its authority came from the Act’s general grant of power, which allowed it to make bylaws to “secure peace, order, good government, health and general welfare.” In the Spraytech case, the Supreme Court firmly indicated that general clauses have meaning. This gives provinces and municipalities a way around Dillion’s overly restrictive rule.

In 1998, Nova Scotia actually became an early adopter of Alberta’s approach. Nova Scotia’s revised Municipal Government Act has a stated goal of providing a broad grant of power to municipalities and it includes similar language to Alberta’s around the purpose of municipalities. Unfortunately, despite the bold introduction, Nova Scotia did not give its municipalities spheres of jurisdiction. The province still relies on the old approach of trying to draft a complete list.

Nova Scotia’s approach – which does not give municipalities broad areas of responsibility – forces municipalities to continually ask for revisions to legislation, even in areas of clear-cut municipal jurisdiction like land-use planning. It’s time-consuming, bureaucratic and costly. For example, the province just gave HRM the authority to use density bonusing outside of Downtown Halifax. Density bonusing is a basic planning tool. It allows municipalities to give developers additional development rights in exchange for public benefits, such as affordable housing. HRM asked for greater authority to use density bonusing in 2009, but it took the province four years to amend the HRM Charter. During those four years, HRM lost out on potential opportunities to maximize the benefits of new development.

HRM still has some noteworthy requests before the province, including one that would allow it recover the true cost of providing services from developers. The current Charter allows HRM to charge developers for roads, parks, sewer and water. Taxes have to cover everything else. This is effectively a subsidy for suburban sprawl. Passing on capital cost to those who benefit the most should be a no-brainer, but HRM can’t do it because it’s not in the Charter. This doesn’t encourage good development and it puts an additional burden on everyone’s tax bill.

Despite the benefits of empowering our municipalities, it’s unlikely to become a key issue in the 2013 election. The 2013 election campaign does, however, give us a chance to speak directly to our future MLAs when they are ready to listen. If a candidate knocks on your door, ask them about municipal reform. Tell them about how the current system fails our cities and plug the benefits of municipal home rule. With a sympathetic legislature, change is possible.