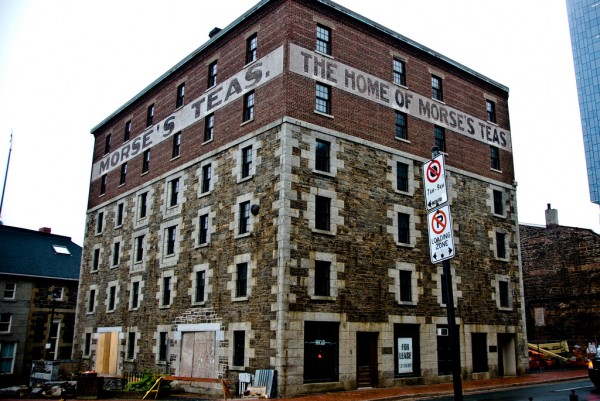 HALIFAX – The city’s most controversial paint job is coming back to Regional Council. On Wednesday, the Heritage Advisory Committee will consider an application by Starfish Properties to alter the Morse’s Tea Building’s distinctive early 20th century signage. There is a catch though: Starfish has already painted over the signs and by doing so, appears to have violated the provincial Heritage Property Act. (See our look at last year’s whitewash here.)

The Morse’s Tea Building after the paint job, The Coast

The Morse’s Tea Building was constructed in 1841 and was originally known as the Jerusalem Warehouse. After a fire in 1927, the building took on its current look when two additional floors were added above the old ironstone warehouse and the iconic Morse’s Teas signage was painted on between the 5th and 6th floor windows. The building was almost torn down in the 1970s to make way for a waterfront expressway, but Halifax City Council, ultimately, cancelled the expressway plan, saving the Morse’s Tea Building and the the other old waterfront warehouses that now make up Historic Properties. The building has symbolically marked the main entry into Downtown Halifax for the last 50 years.

Over the decades, Haligonians have developed a real attachment to the Morse’s Tea Building and its distinctive signage. The signage had significant heritage value. It was a visual connection to the company that occupied the building for nearly 80 years and gave the structure its current look. It was also a surviving remnant from an era when ads and signs were directly painted onto buildings, almost all of which are now gone. It was authentic bit of character that had broad appeal. 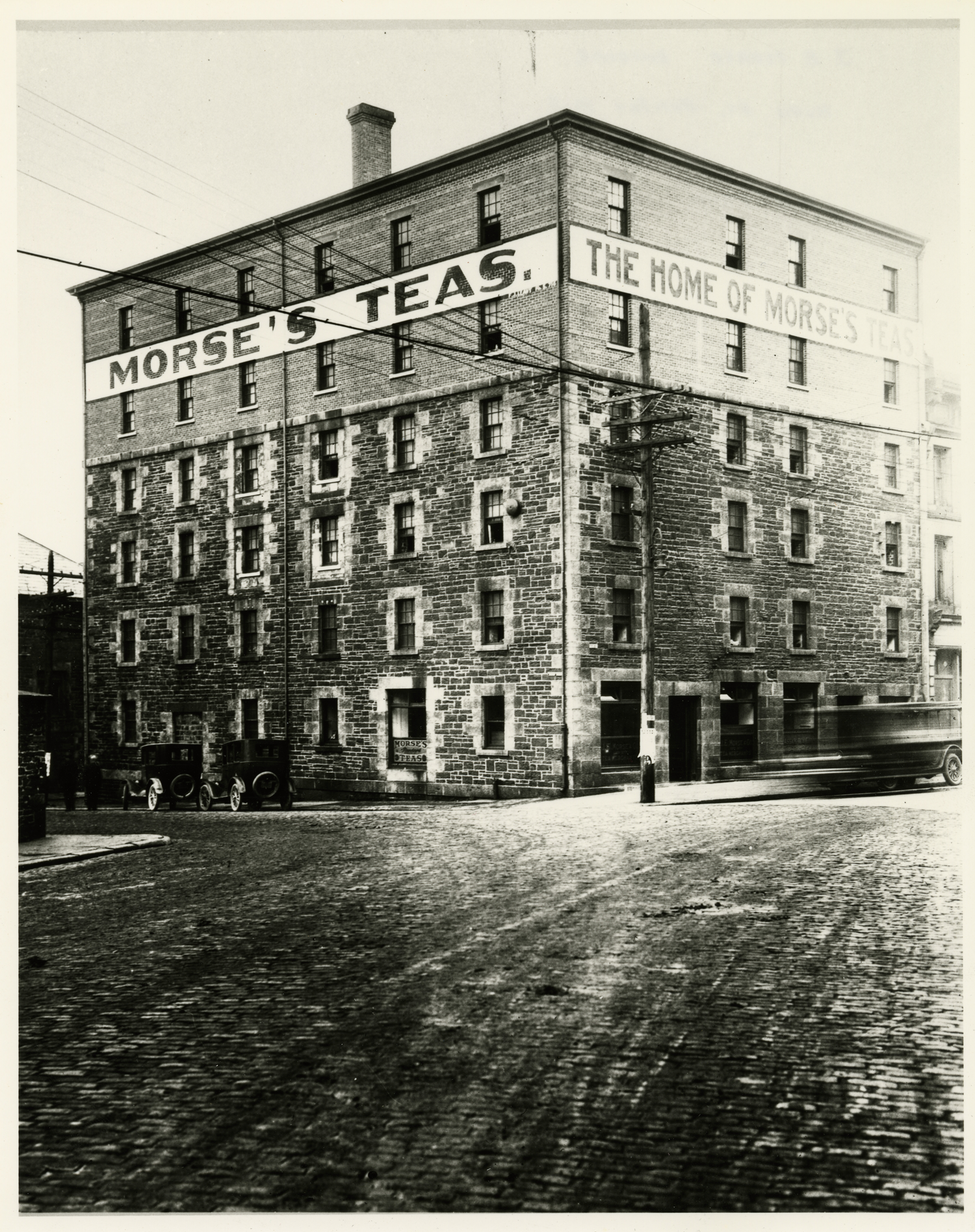 When Starfish moved last October to paint over the signs, the company set off a firestorm of outrage (Spacing, The Coast, CBC, Herald). Leaving the painted-over white bands in place for the last year has only added further insult to injury. Starfish has a well-deserved reputation for preserving heritage buildings in Halifax with several successful past projects, so the paint job fiasco caught many by surprise.

The Morse’s Tea Building has been a registered municipal heritage property since 1981. The 2008 heritage character statement identified its significant features including:

Painting over the sign was, therefore, in HRM’s opinion, a substantial alteration of a heritage property that required municipal approval. According to an HRM staff report Starfish didn’t participate in preparing the heritage character statement, but they gave permission to post it on the Canadian Register of Historic Places. Also, in 2007, when Starfish applied for approval of the Morse’s Tea Building renovations, the Heritage Advisory Committee noted that the sign bands are distinctive features and should be left as is. Given these interactions, it’s hard to believe that Starfish was unaware of the signage’s significance, which makes the company’s decision to paint over it on a Sunday afternoon with no notice very troubling.

Heritage buildings can’t just be museums to the past. Starfish’s desire to rebrand the Morse’s Tea Building is understandable, especially since the Morse’s Teas brand still exists. Starfish’s current proposal to rebrand the building as the Jerusalem Warehouse with similar signage seems reasonable at first glance, but it’s really just a symbolic gesture. In Starfish’s proposal, the Jerusalem Warehouse lettering will only appear on the Lower Water Street side of the building. The much more visible Cogswell and Hollis sides will eventually be named by whoever rents the office space. If Starfish’s intent was to rebrand while also paying homage to history, then Jerusalem Warehouse should extend all the way around. The renaming of the Morse’s Tea Building has clearly been about corporate branding and Starfish seems to have taken an approach of “act first and ask for forgiveness later.” Had they applied to remove the signage, it’s difficult to imagine they would have been given permission by HRM, so, instead, they have presented the municipality with a fait accompli. This is about more then a sign, this is about a powerful landowner deciding to ignore the rules when they didn’t suit him. 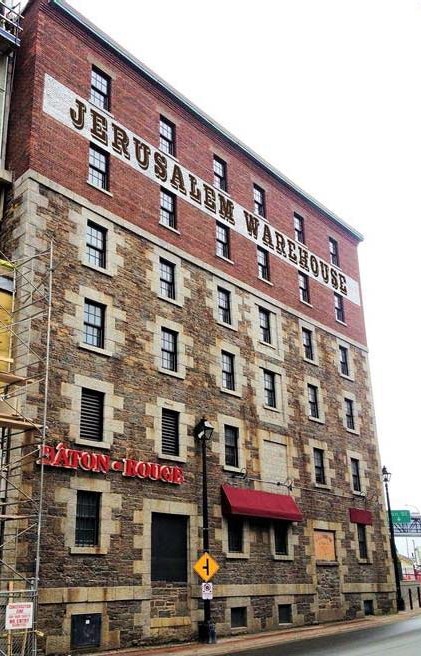 Accepting Starfish’s proposal to replace the Morse’s Teas signs with tenant logos would allow the company to profit from contravening the Heritage Property Act. This should not be permitted. If Starfish is allowed to violate the Act without any consequences, how can HRM then turn around and enforce it against other landowners? Only two blocks away on Brunswick Street, HRM is in the middle of an enforcement action against a landowner who has built a wooden fence that blocks the view of her heritage condo.

If HRM rejects the proposed alteration, the Heritage Property Act empowers the municipality to take Starfish to court to either force the company to restore the Morse’s Teas signage or to seek a $250,000 fine. The Heritage Property Act has teeth if HRM has the will to act. HRM should force Starfish to either restore the Morse’s Teas signs or require them to paint Jerusalem Warehouse all the way around. Anything else would reward Starfish’s flagrant disregard and send a message that HRM isn’t committed to preserving heritage or enforcing basic planning rules.