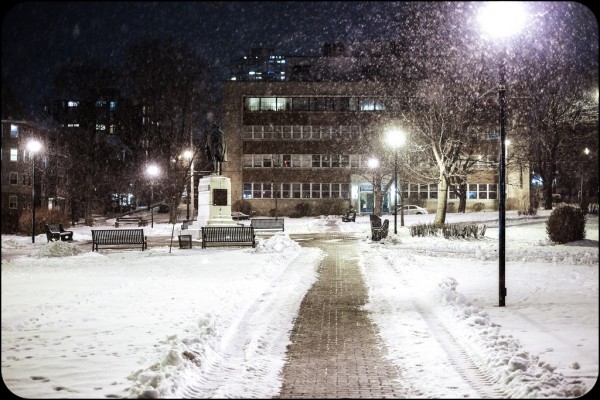 HALIFAX – With all the broken wrists, slips, and copious amounts of ice and snow remaining on city side sidewalks after recent snowstorms, HRM’s revised snow-removal plan for side streets is under fire.

Previously, HRM was responsible for sidewalks in most HRM districts through an area rate while property owners on the peninsula, Armdale, and Spryfield, were responsible for the sidewalks in front of their houses. (The City of Halifax has had this policy on the books previous to amalgamation.) Councillor Linda Mosher successfully rallied support (if narrowly) earlier this year to extend municipal clearing to all of HRM. 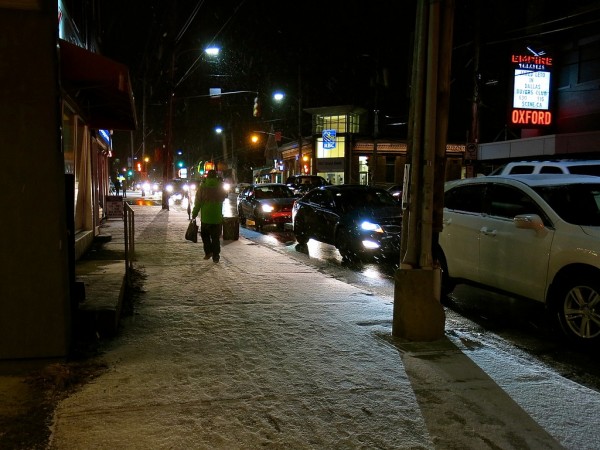 A Maclean’s editorial from 2011 made a passionate case for city sidewalk snow clearance as a basic municipal service. It’s a worthy read that skims across several different Canadian cities citing overall financial savings, city/municipal liabilities, and that sidewalks are as important as road clearance that we already all pay for:

“Sidewalks are a fundamental element of the urban transportation infrastructure,” says Barry Wellar, professor emeritus of geography at the University of Ottawa and creator of a walkability index for Canadian cities. “It is bizarre that any city would fail to provide the same level of service for sidewalks that it does for roads. This makes its pedestrians second-class citizens.”

At issue is whether HRM’s 36-hour turnaround on sidewalk snow clearance for the peninsula, its densest populated area, is adequate or not. So far, it is clearly not.

In an urban core where more than 50% choose to walk as their primary mode of travel, the speed and quality of that snow removal is imperative. But if other cities have figured this out, how can we do it better? Or is it the city’s responsibility at all? And how could or should we expect better servicing in HRM’s urban core?

While a couple bad storms might be an aberration, the sidewalk clearance service warrants consultations and a second look by HRM Council.

What are your thoughts?

Here’s a look at service standards for the major cities in Atlantic Canada. Click the blue links to be directed to the city’s or municipality’s snow clearance webpage.

Note: Snow removal for sidewalks is determined along with street clearance. Priorities listed below are for both streets and sidewalks. The densely populated areas are Uptown and South End Peninsula where snow clearance varies between Priority 1 and 4 (48-96 hours.) See Winter Management Plan map here.

No online source for clearance standards that we could find. Waiting on word from city officials.

Note: service standards for storms up to 25 cms have an initial cut response standard of within 12 hours following end of storm, while larger storms have an interminate time for initial cut.

Photos by louisjacob and the Ikebana Shop

Abad is the Editor for Spacing Atlantic. Contact him on Twitter @AbadKhanNS or by email at fullname @ spacing.ca