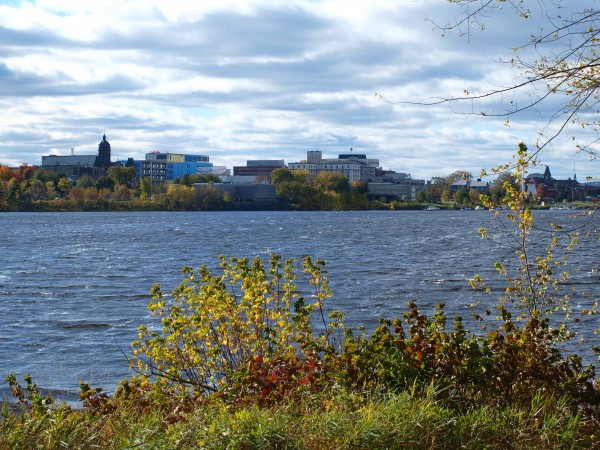 Downtown Fredericton as viewed from the northside walking trail.

FREDERICTON – The capital city of New Brunswick and a city featuring two universities, an arts college, a rich cultural scene (including the annual Harvest Jazz and Blues Festival), and an emerging high tech start-up sector. With a population of 56,000, Fredericton is a small city with a diversifying economy. One of the assets of this small city is its trail system, which showcases the urban, suburban, and rural within close proximity, while promoting healthy living and sustainable transportation.

End of Rail, Beginning of Trails

Losing a major service is not good news, and the end of rail service to Fredericton more than twenty years ago represented the removal of a form of mass transit to the city. However, in many respects, in the long-run it may have proved a blessing in disguise. In particular, in what was done with the old rail tracks and rail lands, with rail tracks converted to – and incorporated in – an extensive trail system. 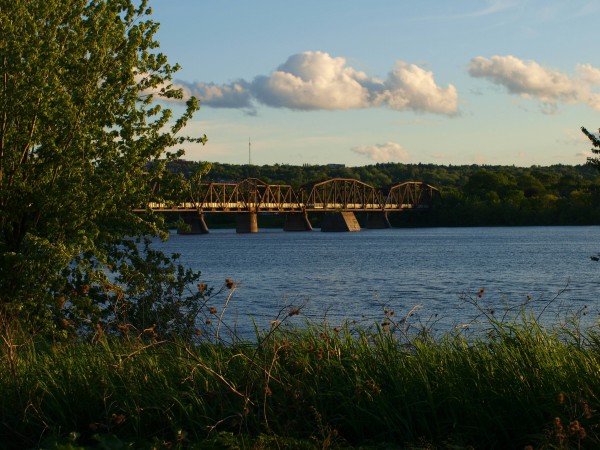 The trial system promotes active and sustainable transportation – walking and biking – and does this by connecting various neighbourhoods throughout the city, including downtown and Silverwood on the southside, and various points on the northside such as historic Marysville. The trails includes scenic areas along the Saint John and Nashwaak Rivers (the Nashwaak is a tributary of the Saint John River).

As a resident of the southside and as someone who enjoys biking, I can say that since the establishment of the trail system I have travelled to the northside far more often. The plans of Picaroons to turn the Craig’s Autobody building, adjacent to the walking bridge, into a community meeting place as well as the plans to revitalize Main Street into a downtown-like hub would serve to create more destinations in and near the trails, promoting economic development on the northside.

The Main Street Urban Design Plan – the City of Fredericton’s plan to revitalize the northside’s Main Street into a mixed-use downtown-like area conducive to pedestrian activity – has cited connectivity between Main Street and the nearby trail system as a key goal. This is something that would promote sustainable transportation and recreational activities on the northside as well as enhance Main Street as an economic, cultural and social hub of the city’s northside.

The Urban, the Rural, and Nature 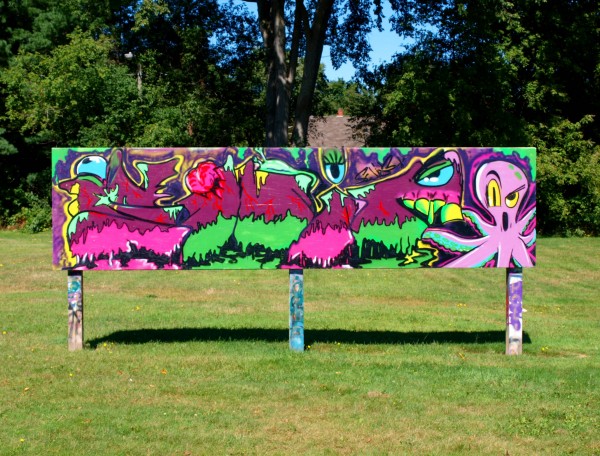 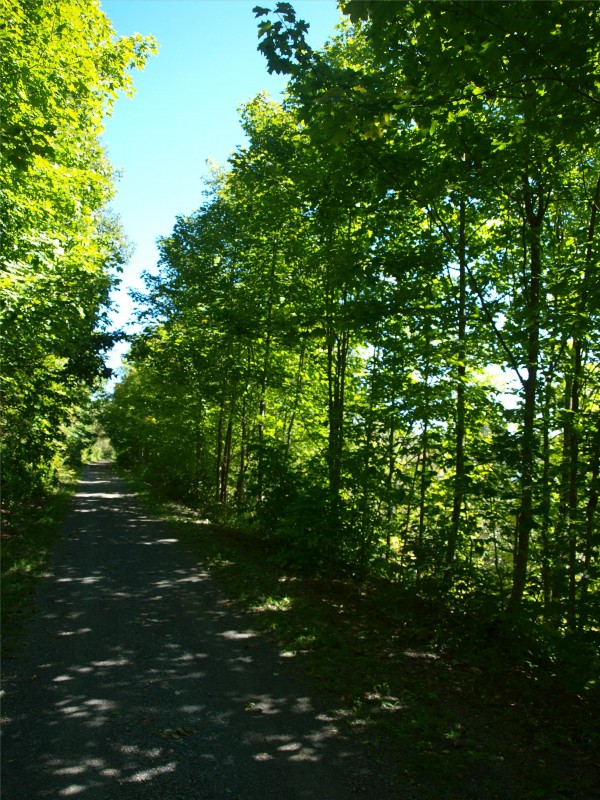 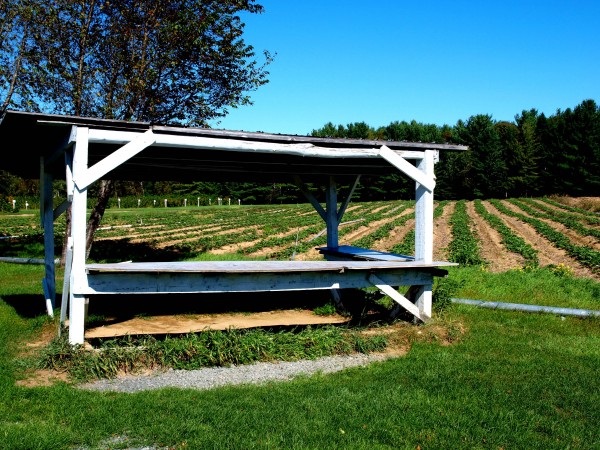 An advantage of Fredericton as a small city is its proximity to rural areas and nature. With the trail system, scenic rural and natural vistas outside the city limits are accessible by a bike ride of less than 30 minutes from the city’s downtown. The trails promote this connectivity between the city and the countryside. 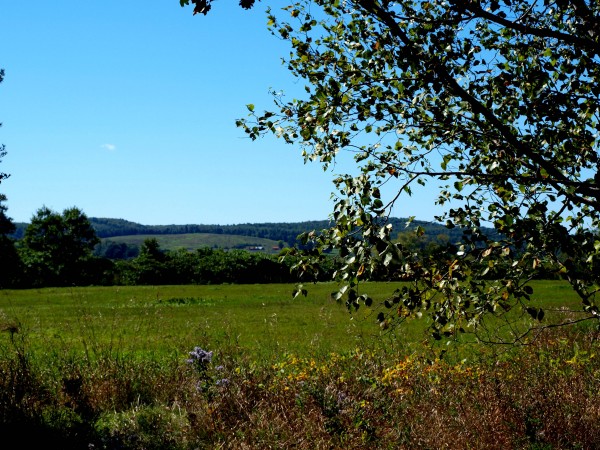 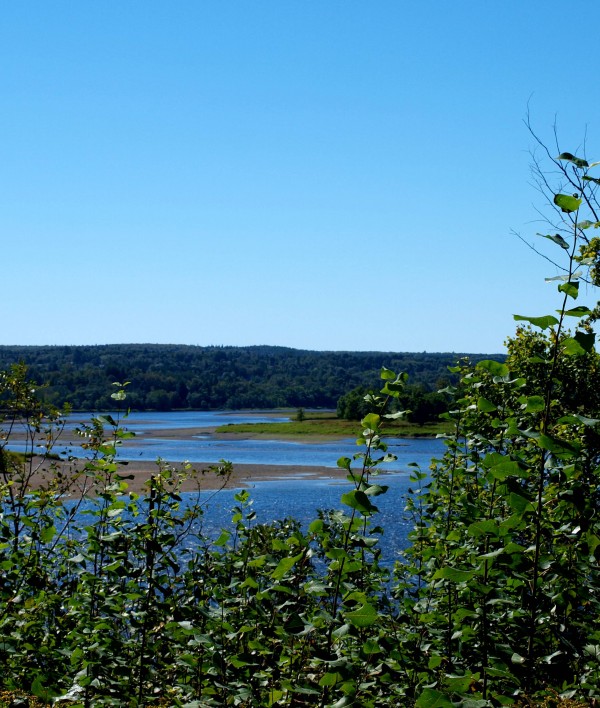 On the more general topic of the old rail lands, below and near the University of New Brunswick, former warehouse/rail areas are being redeveloped into apartments. It is good to make new uses of this land. However, caution must be taken that an opportunity is not missed to promote a “mid-town” neighbourhood in Fredericton. Rather than solely residential apartment buildings, mixed use developments – commercial establishments on the first floor and apartments above – conducive to pedestrian-friendly activity should be considered. There is a ready customer base from local residents and the nearby university, and it would serve as an extension and enhancement to Fredericton’s already existing downtown.

Overall, the city is to be commended for the alternative uses found for the old rail tracks. The trail system has provided a unique attraction for Fredericton, opened up unique places to explore on foot or bike, where one can travel between urban and rural areas in a short space of time.

It has also promoted green and sustainable forms of transportation, connecting various points in the city. Of course, the revitalization of the old railway properties is not over, in particular the old rail lands near the University of New Brunswick stretching to York Street, and those uses must be carefully considered, in how they would most enhance quality of life in the city.