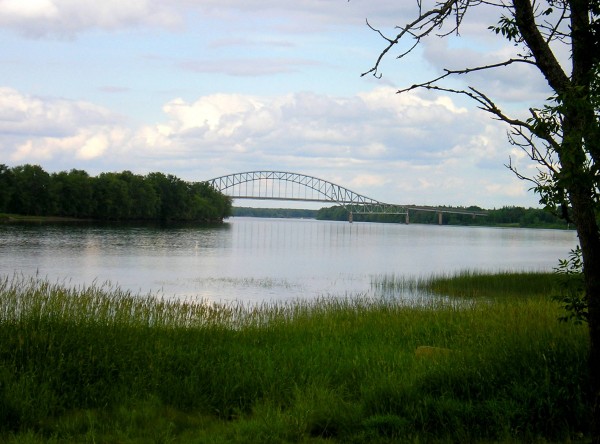 Across North America, many suburban municipalities – characterized by strip malls with thoroughfares built for cars not pedestrians – there is growing recognition of the importance of walkable downtown-like neighbourhoods. York University’s Roger Keil has stated that suburbs represent a new frontier in urban development, “cities in waiting.” This trend is seen, for example, in many suburban municipalities in the Greater Toronto Area, where new downtowns are being established or older ones from absorbed towns are being increasingly promoted. 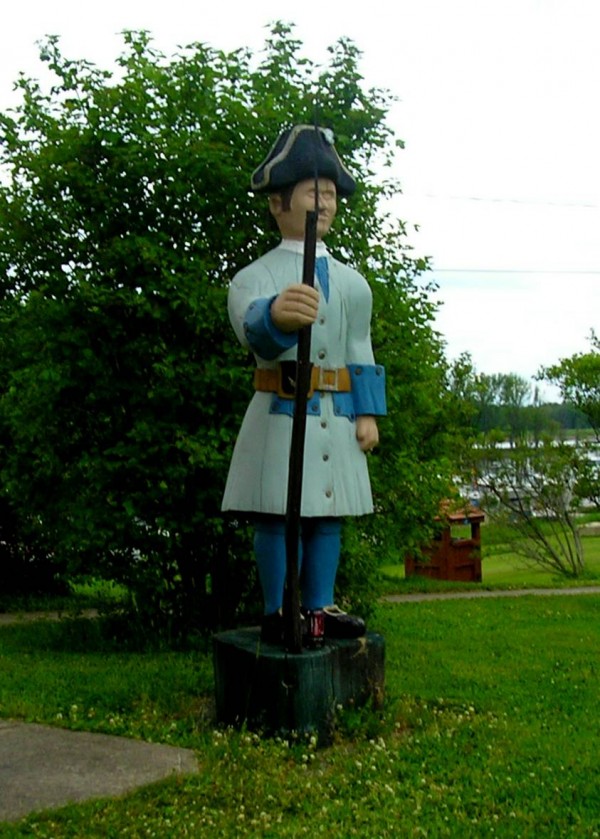 Oromocto in New Brunswick is not a bedroom community, nor was it established as such. While some residents of the town commute to Fredericton for work, Oromocto was established around its own dominant employer, a Canadian forces military base, CFB Gagetown. Oromocto was essentially built from scratch in the 1950s to accommodate soldiers and other employees of the then newly established military facility.

Given the time period when it was built – post-WWII – Oromocto does have a suburban feel and appearance to it. For those who have visited Toronto’s suburban municipalities, Oromocto can seem very familiar, with box stores, strip malls, car-oriented thoroughfares, and the lack of a walkable downtown.

Could Oromocto, with its suburban-like streetscapes, be primed for a redevelopment featuring a true town centre, a downtown that can serve as a focal point with walkable streets? Is there the potential for the model town to become a model of sustainable urban planning promoting pedestrian activities?

There is real potential for this along Oromocto’s waterfront. 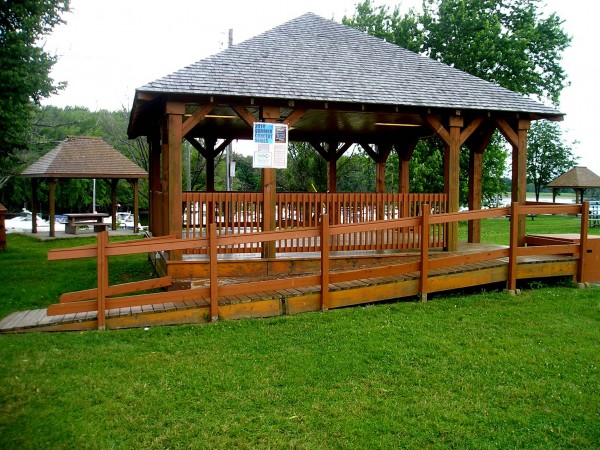 Oromocto has a beautiful waterfront where the islands of the Saint John River make for a protected cove. The waterfront features a park area with picnic tables and wooden statues featuring the town’s military heritage. It is in close proximity to the town’s business centre – the Oromocto Mall – and apartment buildings which bring residential density in close proximity to the mall and the waterfront. Also, there is a trail along the waterfront that includes a pedestrian connection to a nearby park.

Plans for a pedestrian bridge across the water adds to the potential of this waterfront.

However, the Oromocto waterfront is fronted by the back of the Oromocto Mall, literally a blank wall facing the waterfront. Where Fredericton’s downtown plan lamented how the city seems to turn its back on the river, this is very literally the case in Oromocto. 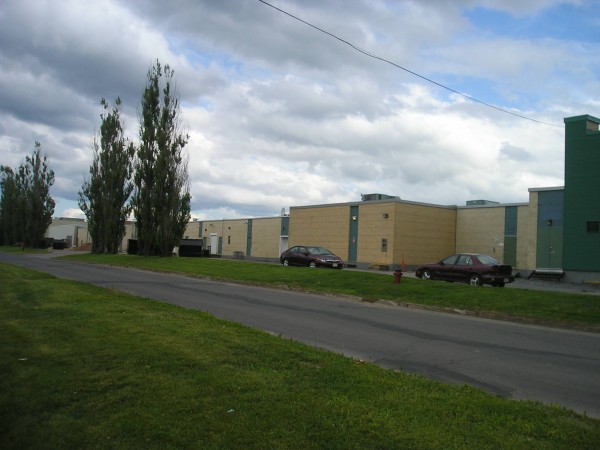 Blank wall, the Oromocto Mall literally turns its back on the waterfront.

From the front of the Oromocto Mall, one sees the mall and a parking lot but it is not evident that the waterfront is nearby, it is almost hidden behind the mall. 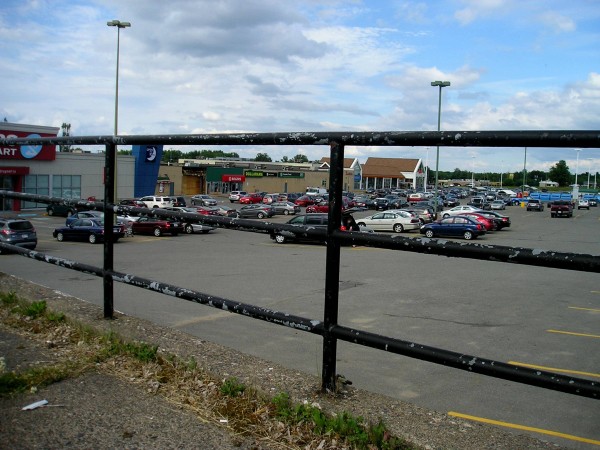 The waterfront in this commercial and multi-unit residential area lacks a connection to the community. The commercial, residential, and scenic waterfront are separated from each other. A redevelopment of the Oromocto Mall area is in order, but it should not just be to transform a suburban mall into a suburban strip mall, rather it should be aimed at integrating the mall into a truly walkable downtown neighbourhood. It should include mixed-use buildings, residential apartments with ground floor businesses.

The waterfront, commercial businesses, and residential units, should be brought together in a walkable entity, not separated out.

In Oakville, Ontario, the Bronte Village Mall is being redeveloped into a true town centre with walkable streets and a market square. Oromocto needs to look at examples from across North America to develop a walkable neighbourhood where residential apartments, commercial enterprises, and the waterfront are integrated and brought together. An emphasis on pedestrian-friendly environments, a true town centre, is essential.

These steps would help Oromocto come closer to realizing its full potential, for its waterfront and business centre to be a focal point for Oromocto residents, and an area of interest to visitors from nearby areas, including from Fredericton.

Hassan Arif is a PhD candidate in sociology at the University of New Brunswick. He is also a columnist having published for numerous outlets. You can follow him on twitter: @HassanNB