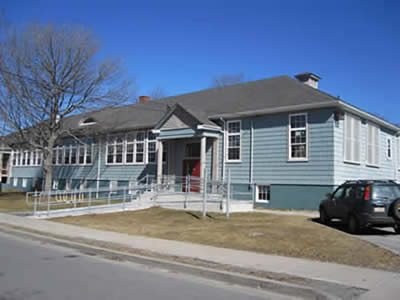 Dartmouth – With summer at an end, public consultation for Halifax’s new Community Facilities Master Plan (CFMP) is underway, setting the stage for a possible second battle for Dartmouth’s Findlay Centre. To the surprise of many Downtown Dartmouth residents, municipal staff recommended closing and consolidating the Findlay with the Dartmouth Sportsplex back in 2014. City council accepted the plan to move forward with the Sportsplex modernization, but rejected the closure of the Findlay. Now the Findlay is under review again, this time alongside all of Halifax’s recreation and community facilities. With constant pressure to control costs, the temptation will be to recommend consolidating neighbourhood facilities like the Findlay with larger entities. This would be a mistake though as well-used small facilities, like the Findlay, have a strong sense of community. They provide significant social and health benefits. If the new CFMP is to be about more than just dollars and cents, than residents need to get involved and tell the municipality what services they value in their community.

When the closure of the Findlay was recommended back in March 2014, the rationale in the staff report seemed to have more to do with the Dartmouth Sportsplex than the Findlay Centre.

The Findlay Centre is a small neighbourhood facility that offers a range of community focussed activities including a seniors club, a small gym, community garden, preschool, pottery studio, meeting rooms, horseshoes and an outdoor movie screen. The Findlay’s strength is its small scale, affordable programs and central location. It’s the kind of place where neighbours bump into each other, where kids play and where friendships are made. It provides significant health and social benefits to Downtown Dartmouth.

The Sportsplex is also very important to Dartmouth, but its scale is much, much bigger. While the Findlay primarily serves the Downtown area, the Sportsplex is a regional recreational hub. The Sportsplex has a rink, fitness centre, squash/racquet ball courts and swimming pools. The Sportsplex is managed by a non-profit community board and, until 2008, the facility generated enough money to offset its operating costs. More recent years, however, have seen a growing budget deficit primarily due to a decline in membership. Stantec examined the Dartmouth Sportsplex and concluded that the decline in membership is due to the Sportsplex’s increasingly dated facilities and increased competition from privately-owned gyms like GoodLife. From 2010 to 2013, membership declined from 2,355 to 1,755, which has created a significant financial hole.

At over 30 years of age, the Sportsplex is in need of a refresh. Planning for a modernization began in detail in 2010 and the current plan involves numerous upgrades to the building as well as the addition of a gym, new fitness studio, community rooms and new programming. The idea in the 2014 staff recommendation is that a modernized Sportsplex could absorb all of the Findlay’s users and programs. The staff view was that the Findlay and the Sportsplex are competing for the same Dartmouth users and are offering similar programs and as a result, the Findlay should be closed to make the Sportsplex more financially self-sufficient.

Although there were several consultation sessions involving the modernization of the Sportsplex, there was never any public discussion about closing the Findlay Centre. The 2014 closure recommendation arrived as a bolt of out of the blue. In fact, the 2008 Community Facilities Master Plan (CFMP) identified a hub and spoke approach with the Sportsplex acting as the hub and the Findlay serving as a spoke. The 2008 CFMP also committed HRM to public consultation prior to any closure of “overlapping community centres,” something that was forgotten in the staff recommendation.

When the issue came before council, Dartmouth councillor Gloria McCluskey succeeded in squashing the immediate closure recommendation. The message from the Community Planning and Economic Development Standing Committee was that closing the Findlay without more information on what would happen to its programs and how it fits into the larger municipal facilities plan would be premature. So the Findlay was given a reprieve. HRM is now, however, in the midst of drafting that larger plan, an updated CFMP, raising the risk that the Findlay will once again face the chopping block.

Consolidating the Findlay and the Sportsplex as proposed in 2014 doesn’t make sense because the two serve very different purposes. Apart from the fitness centres, which are very different in nature in the two facilities, there is little overlap. The Sportsplex is primarily focussed on regional level recreation while the Findlay offers a wide variety of smaller scale activities. It’s not simply a matter of absorbing one into the other. Would the Sportsplex inspire the neighbourhood to create an outdoor movie screen? Would the Sportsplex have room for the horseshoe club? Would the Sportsplex provide a pre-school, a senior’s club, a community garden, a gym that young people can drop into for unstructured activities, a pottery studio and affordable meeting space? Would groups like the Heart and Soul running club move up the hill? Would seniors from the five retirement homes that are just blocks away from the Findlay make the walk uphill through the Common or would that extra distance become a barrier?

Some of the Findlay’s activities might fit in a newly renovated Sportsplex and adapt to a new location and new cost structure, but some would likely end up elsewhere or cease to exist altogether. The consultation on the Sportsplex modernization noted that many new users feel intimidated about using the facility due to its size and that there is a perception that the Sportsplex is only for more professional athletes or people with money. It’s commendable that the vision for the modernized Sportsplex involves breaking down these views and building stronger connections to the community, but this shouldn’t come at the Findlay’s expense. In fact, as the spoke, the Findlay likely helps break down these barriers by introducing people to the programs provided by the municipality in a less intimidating setting.

The Findlay is built at a friendly human scale and is enmeshed in its neighbourhood. Instead of trying to make the Sportsplex into some kind of large Findlay Centre with a regional rink and pool attached, why not allow each facility to focus on what it does best? The two should complement each other as the 2008 CFMP’s “hub and spoke” model envisioned. HRM has set a goal of increasing the population living in the Regional Centre where existing services are already available. The Regional Centre includes Downtown Dartmouth, which could see significant residential development in the years ahead at King’s Wharf, Dartmouth Cove and other infill sites. If the Regional Centre is going to accommodate more people, the corresponding services need to be in place, services like those offered at the Findlay.

Given the earlier staff recommendation and the general trend of governments at all levels to consolidate small facilities, there is a real risk that closing the Findlay will reappear as a recommendation in the 2016 Community Facilities Master Plan. Public consultation for the revised CFMP is currently underway, which includes an online survey. The survey hints at HRM’s direction. It has several questions about how municipal tax dollars should be allocated when it comes to community facilities and how facilities should be paid for. It also ask respondents if it’s important for the municipality to operate recreation centres. If you indicate that it’s not important, you carry onto the next question, but if you indicate that it is, than the survey makes you say why, an approach that will undoubtedly lead to more “not importants.” The survey is of dubious value given that the questions are devoid of any specific context. The gut instinct is not to spend any tax money, but that doesn’t reflect the actual reality of facilities and the need to provide affordable programs. It’s indicative that the focus in the survey is on tax money and whether HRM should operate facilities while other value questions such as “How important is it to you to have access to community facilities close to your neighbourhood?” go unasked. The municipality is currently holding public sessions for the new CFMP, including one at the Findlay Centre tonight from 6:30-8:00. If we value the presence of small neighbourhood-sized facilities, like the Findlay, than the time to speak up is now. The new CFMP plan will go back to council as a staff recommendation. Council will have the final say, but it would be far better for the Findlay if a closure recommendation isn’t made in the first place.

The Findlay Centre was packed this evening for the consultation. Around 100 people turned out, smashing the average attendance of about 20 at previous Community Facilities Master Plan sessions. Dartmouth councillor Gloria McCluskey stated unequivocally that the Findlay is not closing. Staff didn’t contradict her. Based on her statement and the turnout, the Findlay, and possibly other small centres, appears to be safe. Thanks to everyone who came out in support! 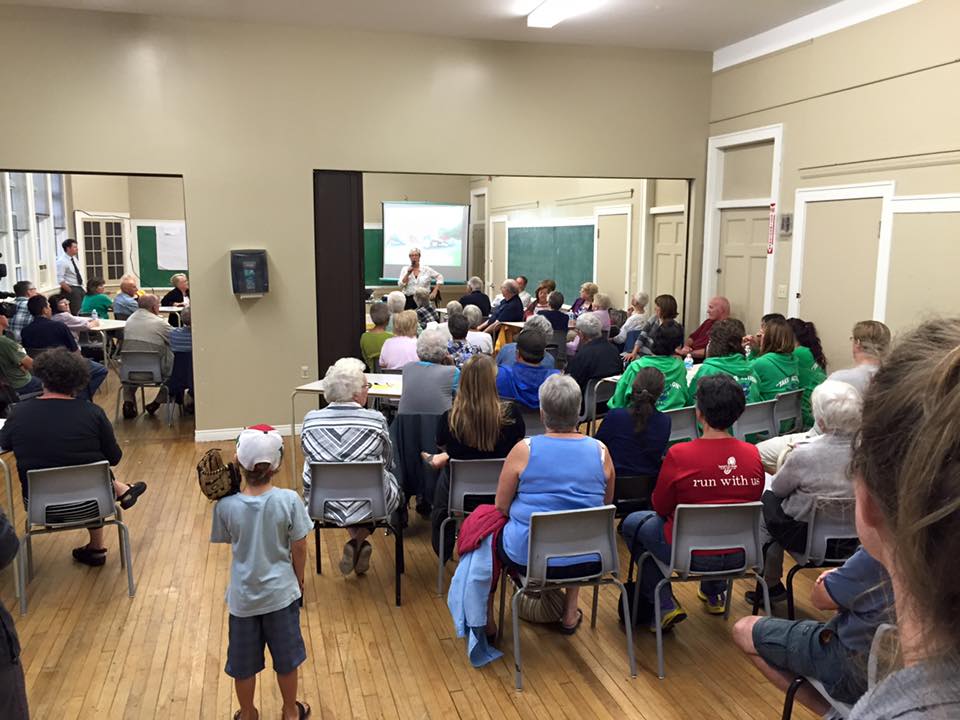