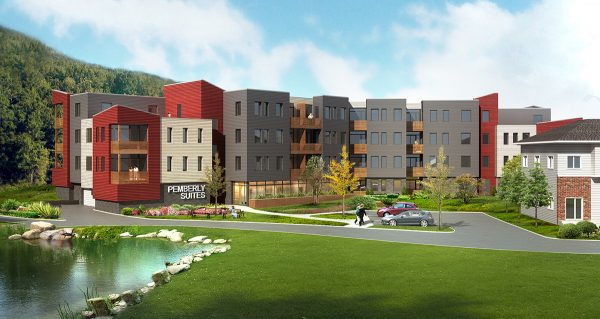 DARTMOUTH – A contentious development proposal is going before Regional Council on Tuesday. Milestone Properties wants to demolish an old, three-storey, 12 unit apartment building on Linden Lea to build a four-storey, 41 unit building. Residents on the quiet street are opposed to the project, expressing concern about the size of the building relative to their houses, the potential for damage to the Linden Lea’s small pond, the loss of affordable housing and traffic/parking issues. Ultimately, they have a point. Dartmouth has benefited from new development in recent years and more is needed to continue Downtown’s revitalization, but Linden Lea is a quiet side street. One-size does not fit all and Linden Lea calls for a smaller scale than Milestone’s proposal. The Linden Lea proposal is also problematic because it appears to be at odds with the upcoming Centre Plan. The spectacle of proposals that don’t fit the rules racing to a finish before the Centre Plan is enacted is hardly a recipe for restoring public confidence in the planning process. Council should send Milestone Properties back to the drawing board. 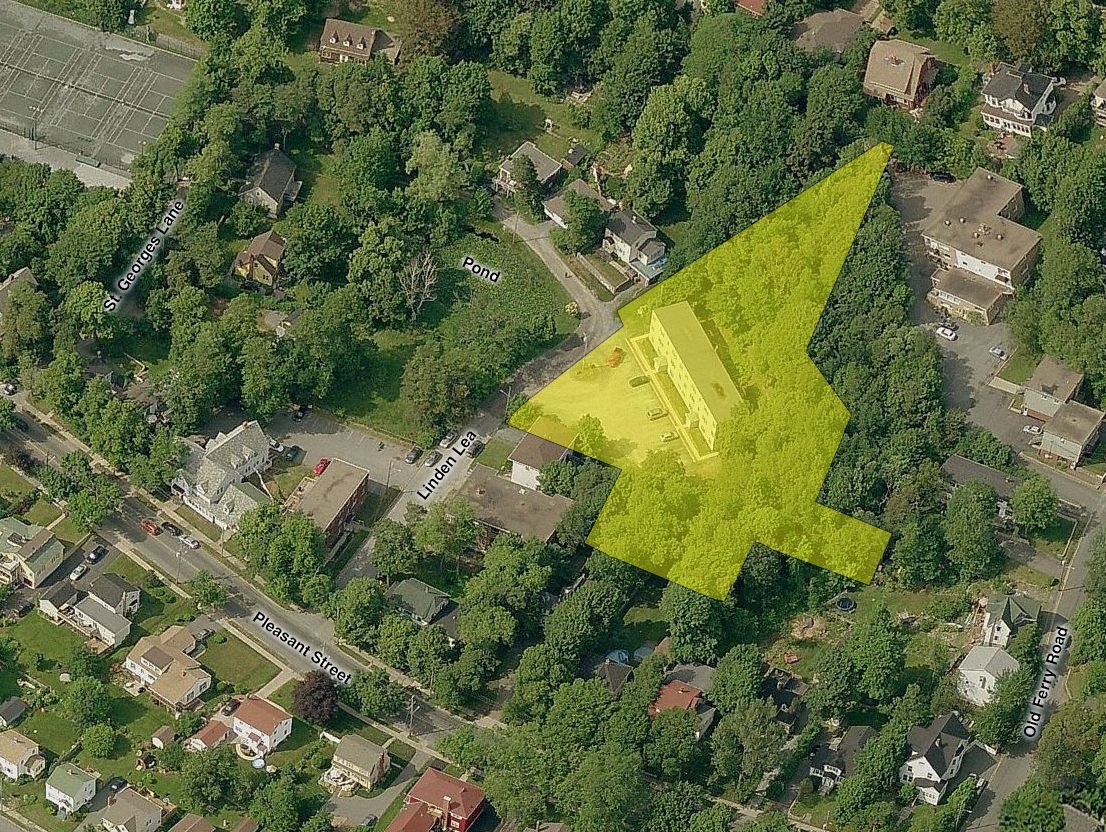 Linden Lea is a narrow dead-end street on the edge of one of Downtown Dartmouth’s old residential neighbourhoods. The street has two small apartment buildings at the lower end near Pleasant Street and houses at the upper end. The road is narrow with poor access to Pleasant and half of it isn’t even paved. Linden Lea’s main feature is a tiny parklet and pond. In the spring, the sound of frogs is deafening and in the summer the pond almost disappears beneath a blanket of lily pads. The place feels more like a country lane leading up to some cottages than a city street. While Milestone’s proposed apartment building would fit in well along nearby Pleasant or Portland Streets, it is an uneasy match for Linden Lea’s small scale. 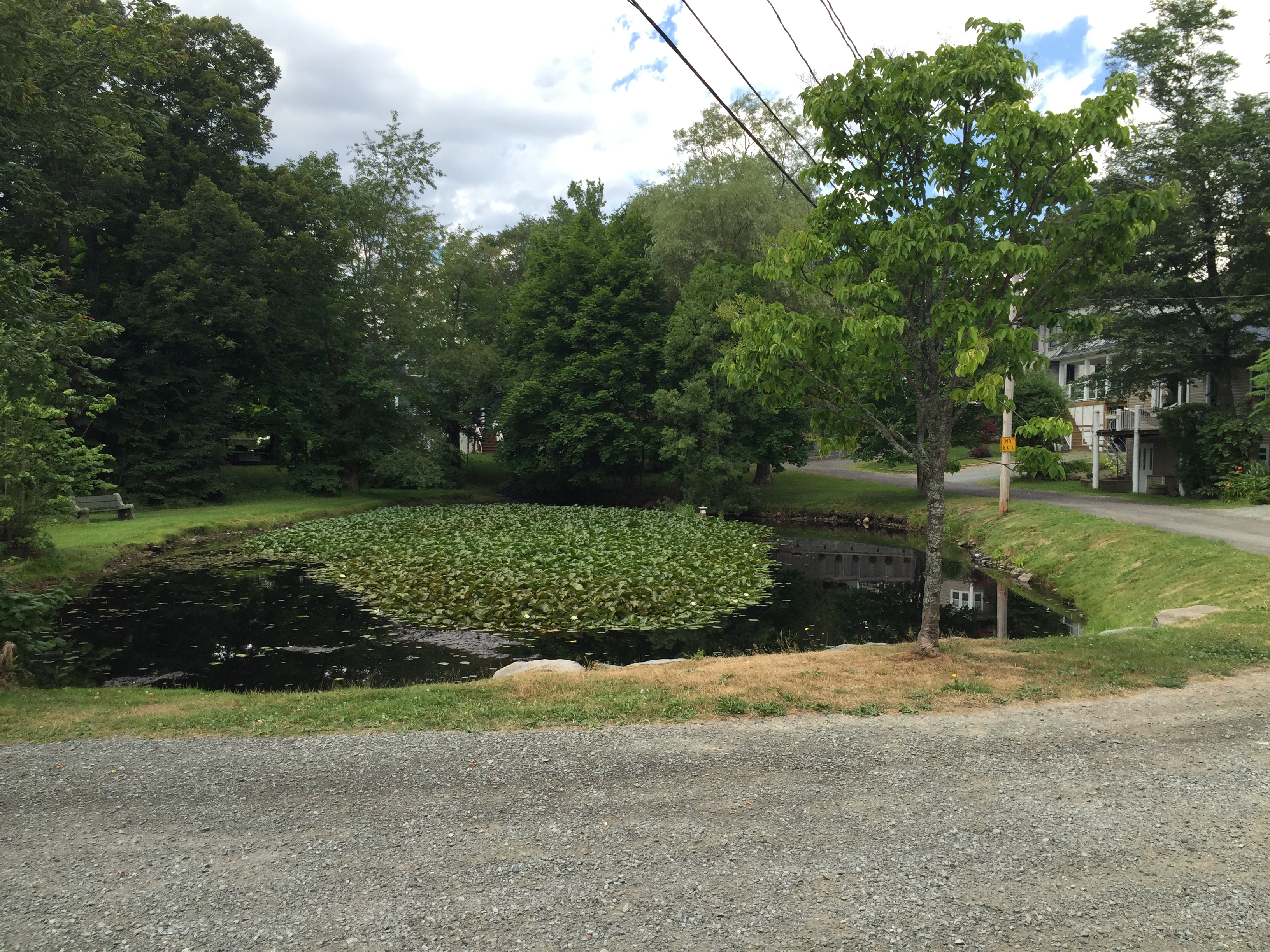 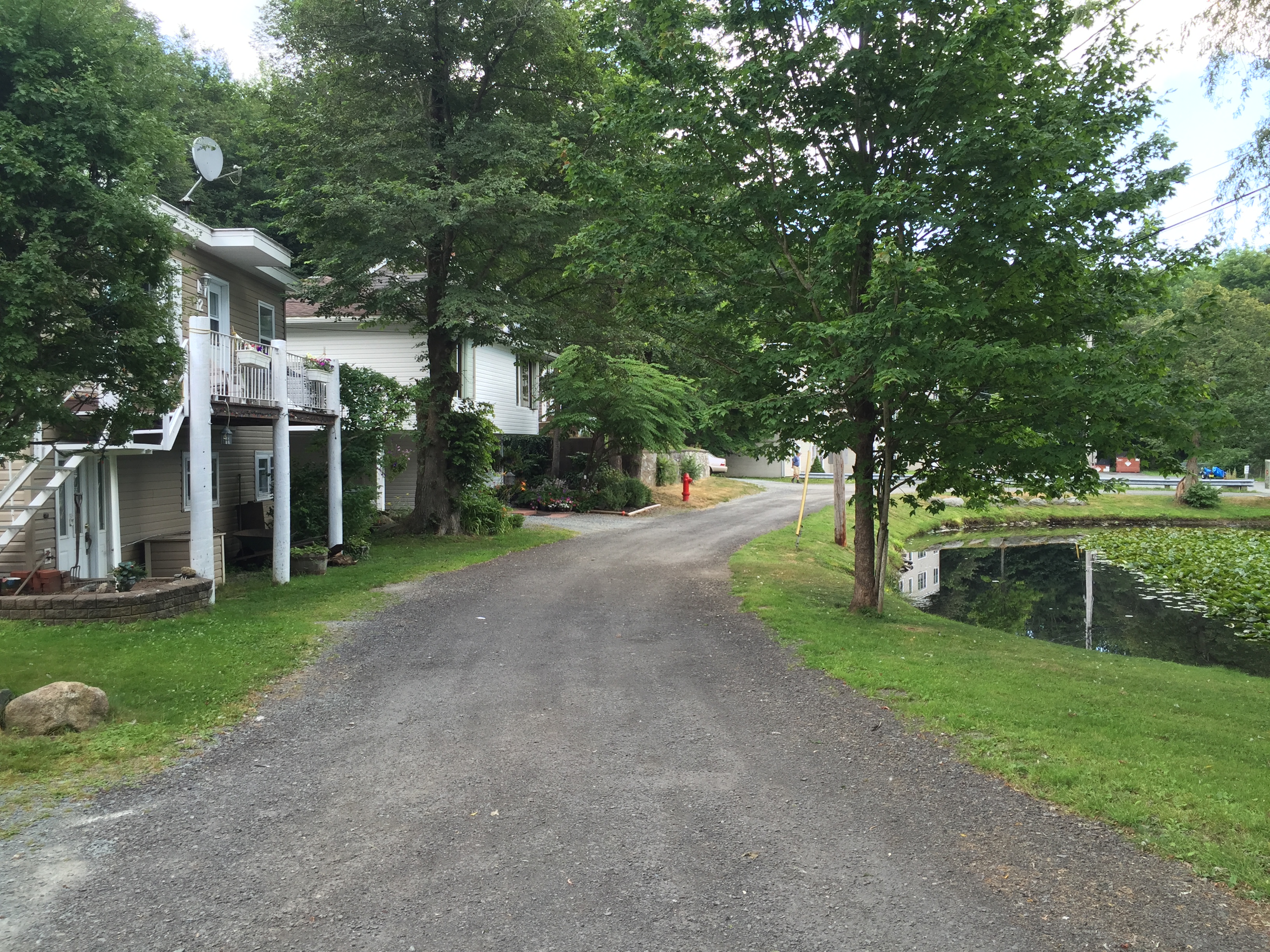 A Street or a Lane? 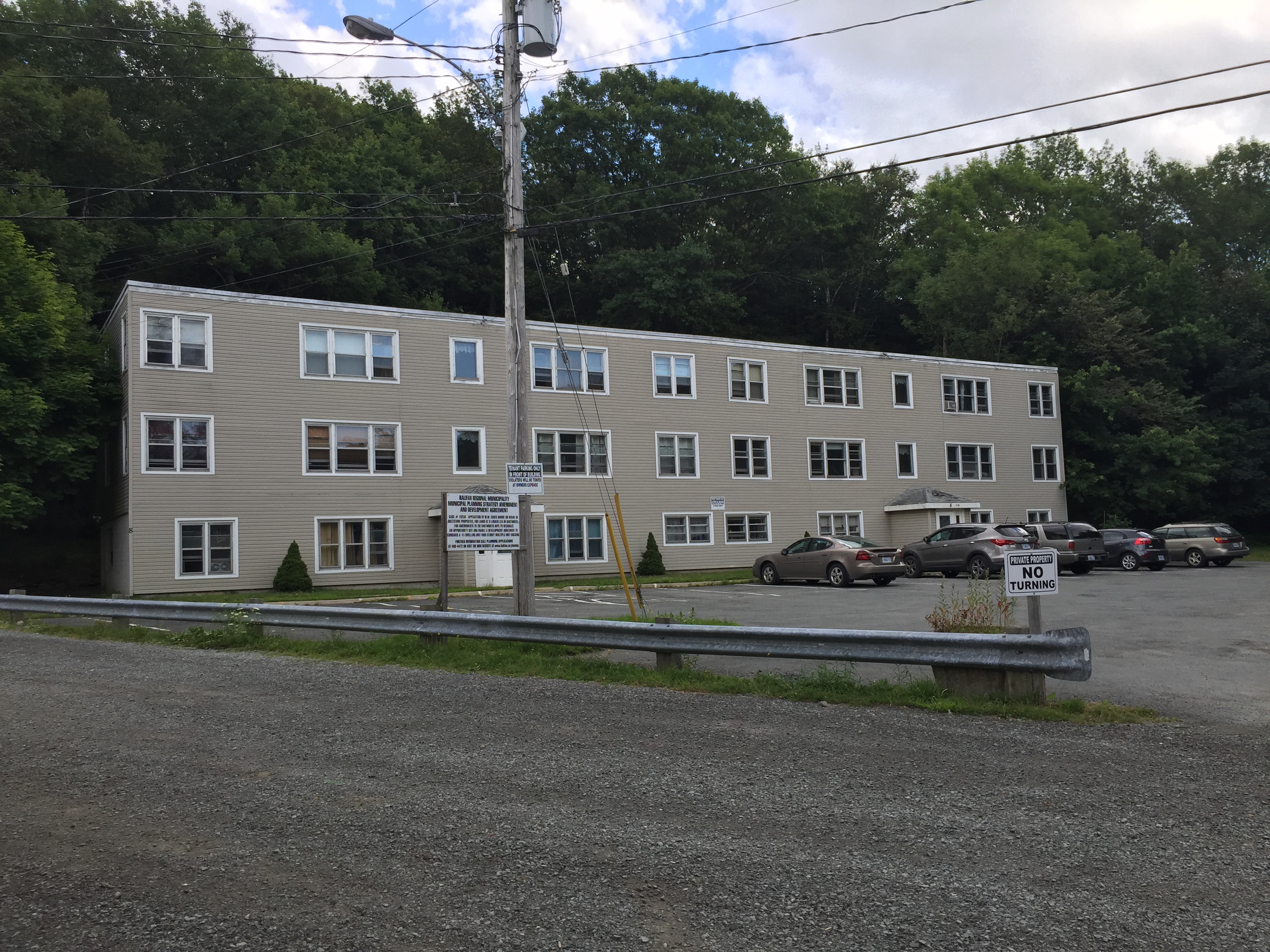 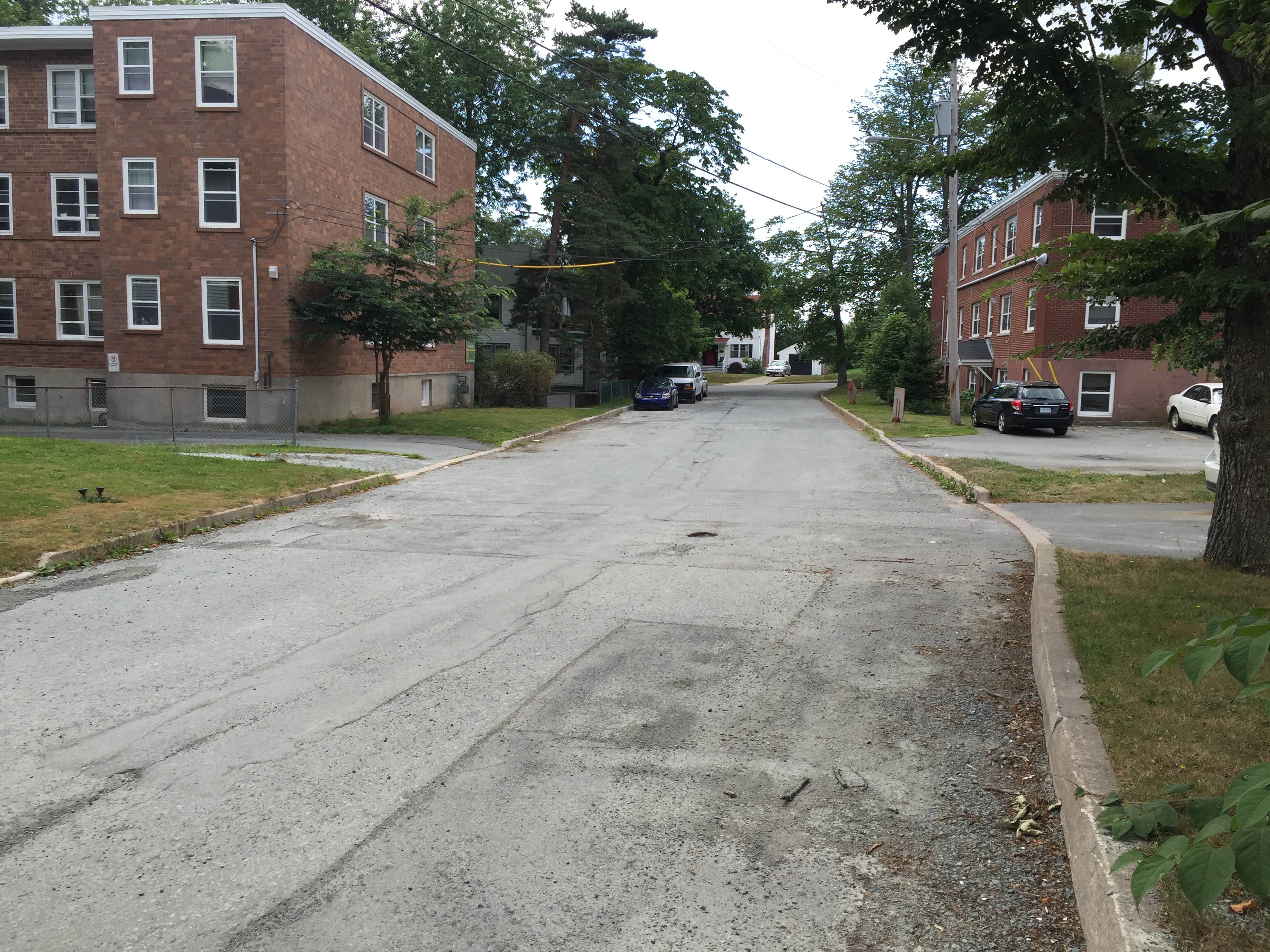 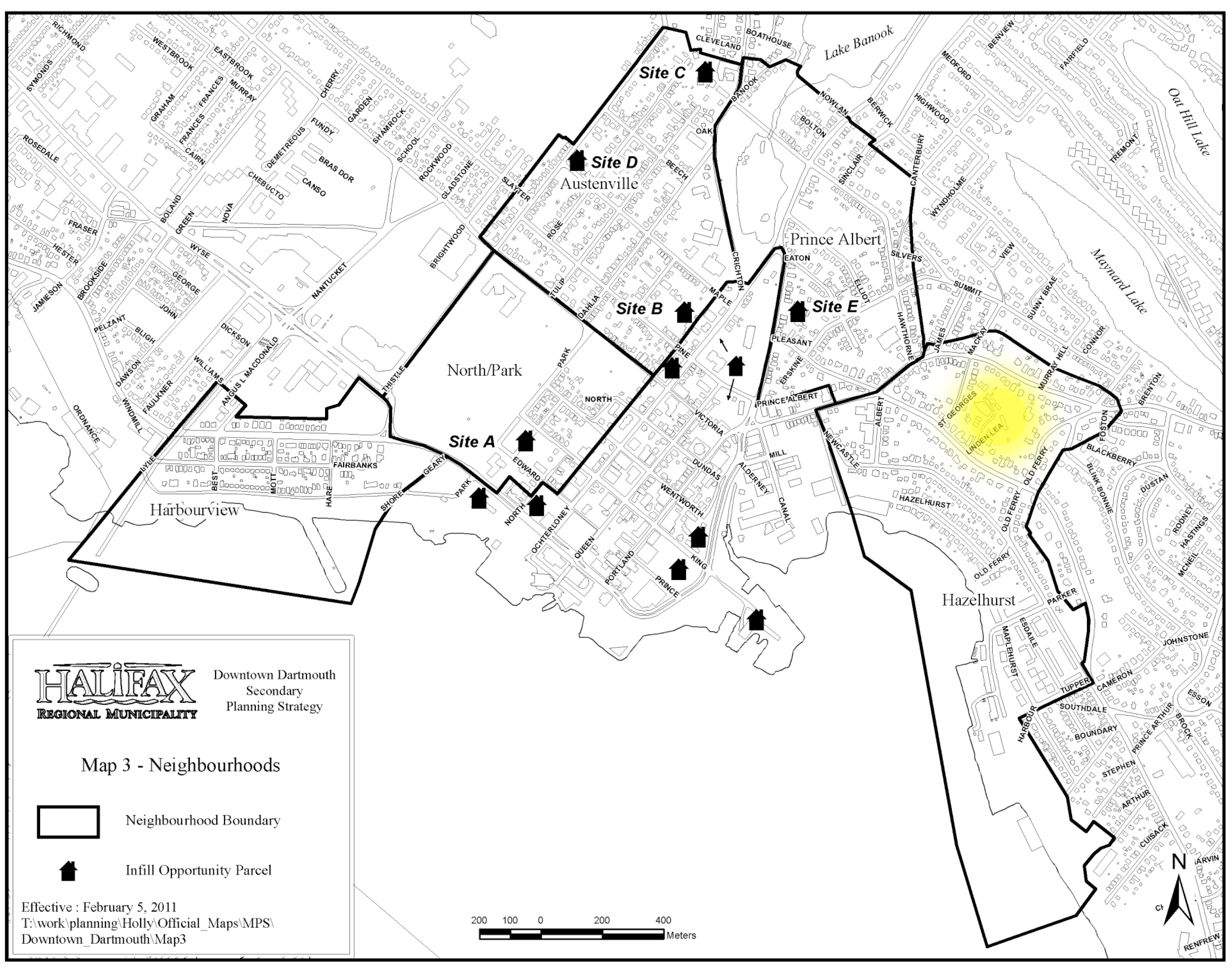 The planning staff report for the Linden Lea project notes that amendments to the Downtown Dartmouth plan shouldn’t be routine and should only occur if circumstances have changed to make the existing policies obsolete. In the case of Linden Lea, nothing has changed except the intention of the property’s owner. This seems to be enough to initiate the development process and is the kind of decision-making that creates uncertainty for everyone and spreads cynicism. The real change that the staff report only touches on and doesn’t use to justify the Linden Lea amendment is that the Downtown Dartmouth plan is increasingly out-of-date and is on its last legs. The municipality is in the process of drafting a new plan to guide development across Peninsula Halifax and Old Dartmouth so, to me, the real question is how does the Linden Lea proposal stack up against what we know so far about the upcoming Centre Plan?

The planning department’s staff report for the Linden Lea development argues that the project matches the overall goals of the Centre Plan. Does it?

A draft of the Centre Plan hasn’t been released, but information on how and where projected growth could be accommodated was shared with the public at an Open House in June. The discussion materials indicate that the Centre Plan will direct most of the projected growth in the Regional Centre between now and 2031 to underutilized areas such as Wyse Road and to Downtown Halifax and Downtown Dartmouth. The Centre Plan’s growth materials designate a large portion of Halifax and Dartmouth as “established residential neighbourhood.” The neighbourhoods would accommodate about 16% of the Regional Centre’s overall growth (about 5,000 people) and Linden Lea is included in the neighbourhood designation. 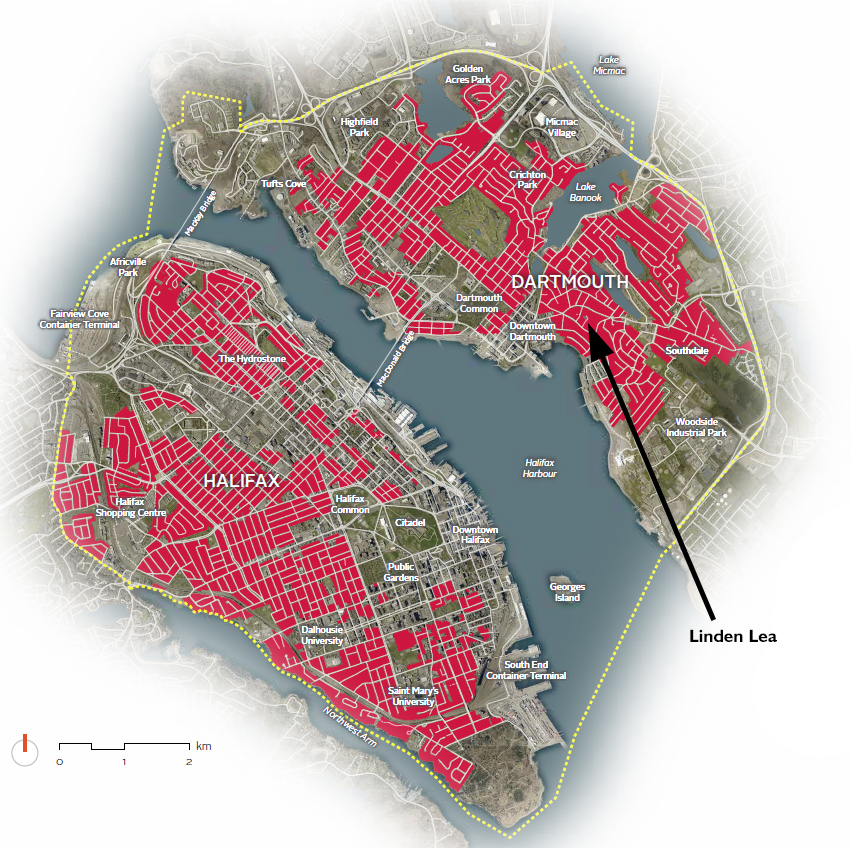 Growth in the established neighbourhoods is categorized as “infill” and would take the form of “respectful density” including additional detached homes, flats, townhouses and garden suites. The goal of this “invisible density” is to preserve the existing neighbourhood character while allowing for a moderate increase in density. There is no language in the Centre Plan materials about Linden Lea and the other established residential neighbourhoods accommodating a 41 unit apartment building.

The Centre Plan is due to be completed in the Fall and it appears that when it’s finalized, the Linden Lea proposal would likely not be permitted. Why then is council considering changing the existing rules to allow the Linden Lea property to be designated as an opportunity site? If the Centre Plan’s approach to development in the established residential neighbourhoods is “invisible density” then how does the Linden Lea project fit the Plan’s overall goals as the staff report argues? 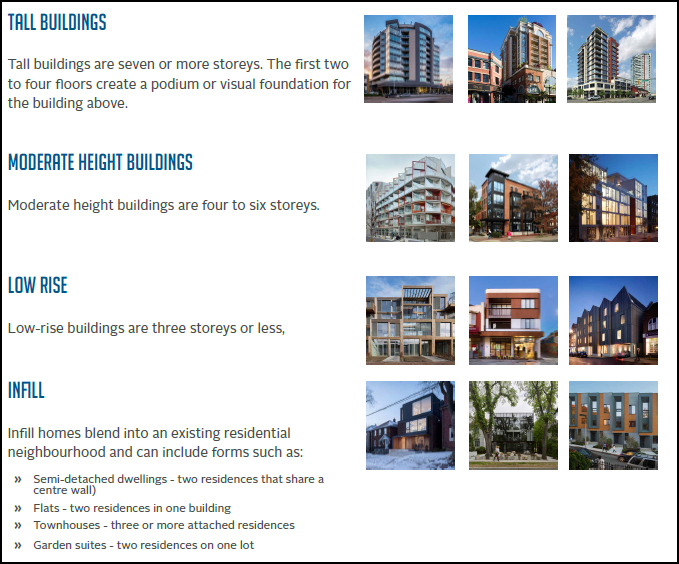 Part of the problem that the Centre Plan is being brought into fix is uncertainty by both residents and developers as to what kind of development is appropriate and where. This is a discussion that we need to have. We need to accommodate growth in the Regional Centre. The alternative of carrying on with more and more sprawl out on the edge of the city is not environmentally or financially sustainable. Directing growth to the Regional Centre is also an opportunity to bring new life, new energy and new facilities to our existing neighbourhoods. Projects like King’s Wharf and Founders Corner are a big part of the reason why Dartmouth’s Portland Street has seen a dramatic change in its fortunes. For planning to work though, the rules need to be clear and the public needs to have confidence in the results. It’s an inauspicious start to have a project like Linden Lea, that doesn’t fit with the Centre Plan or the existing Downtown Dartmouth Plan, making a last-minute dash for the finish line. There is a project to be had at Linden Lea. A series of townhouses, for example, would be a much better fit for the area. Council should send the developer back to the drawing board.