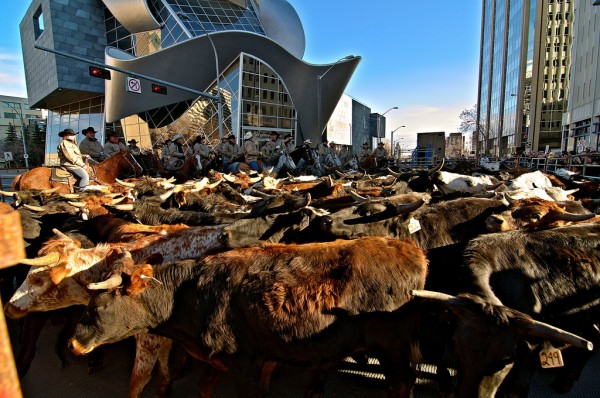 Editor’s Note: In this second photo essay on Edmonton urban spaces, Spacing Edmonton introduces Darren Kirby. Darren is a long-time Edmonton resident with interests in architecture, construction, infrastructure, urban planning, history, and photography of all of the above. You can view his pictures on flickr and follow him on twitter.

Edmonton is not a city of iconic design and architecture. There are few if any structures here that could seriously be put forth as ‘iconic’ on a world scale, and that’s fine. Edmonton is a pragmatic city, perpetually a place to get things done. Edmonton is a place to build structures which serve a purpose rather than to build magnificent edifices which serve as monuments to vanity or capitalism. Despite this, Edmonton contains an amazing stock of interesting and unique structures as beautiful as they are practical. These structures cover a huge cross section of design styles and eras, from the late 19th century through to today. True to ourselves and our city, a modest tour of some of this city’s more impressive structures may be in order to remind ourselves we are doing well, and that really, we can be iconic on a more human scale. An Edmontonian scale. Thus, a few icons of Edmonton: 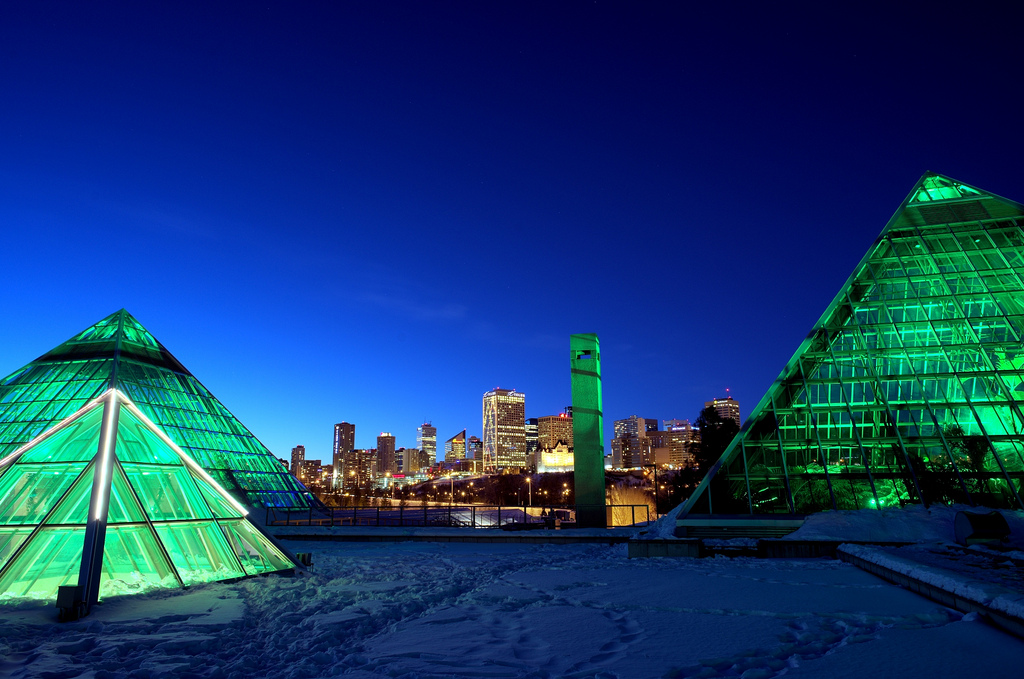 Opened in 1976, the Peter Hemingway-designed Muttart Conservatory is a unique botanical garden which allows residents and visitors to visit tropical, temperate, and arid climates at any time of year. A fourth pyramid houses changing seasonal displays of ornamental flowering plants. 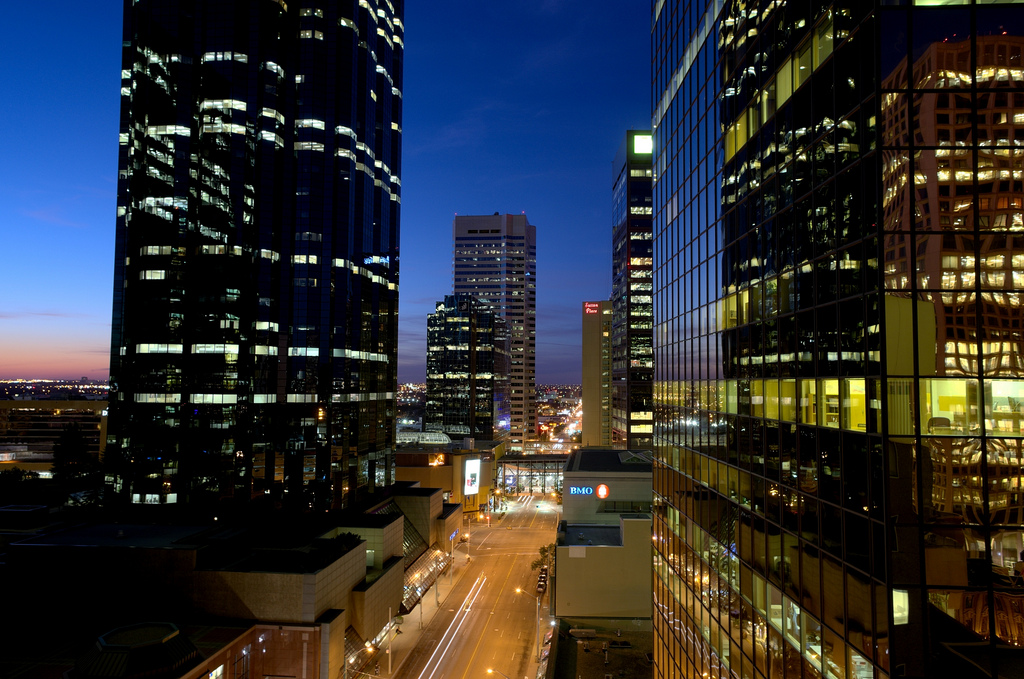 Edmonton has its share of concrete, steel, and glass towers from various eras, often the products of boom times which spurred the construction of new office space. The core still contains many vacant and underused lots, and a true office canyon doesn’t really exist here, but interesting vistas can be found if you know where to look. 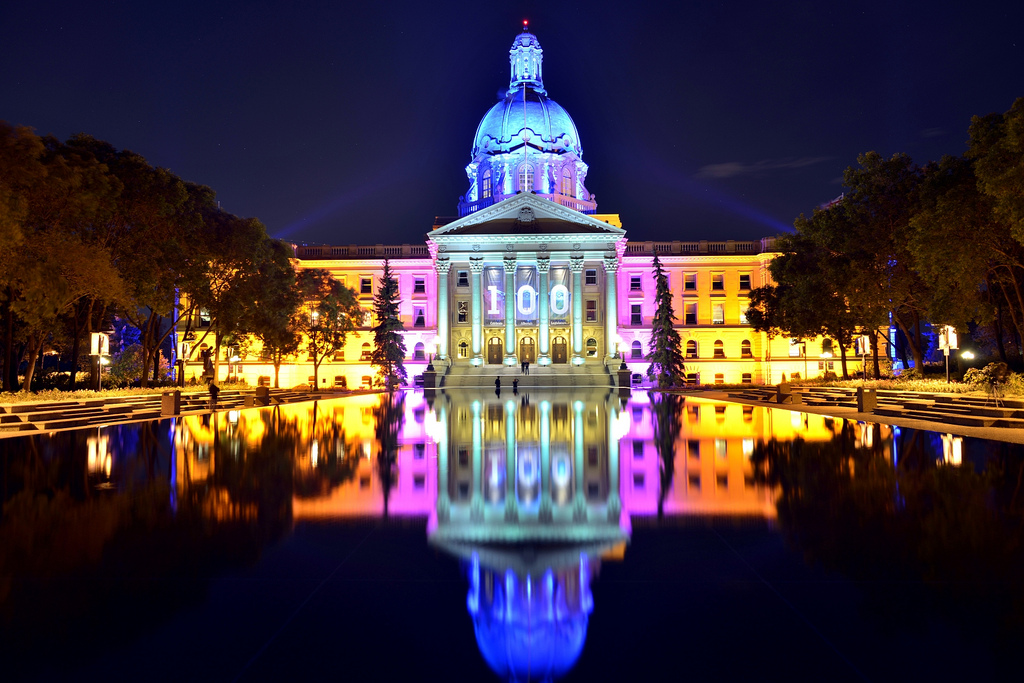 Constructed between 1907 and 1913, the Alberta Legislature Building is a fine specimen of Beaux Arts architecture designed by Allan Merrick Jeffers and Richard Blakey. The building recently celebrated its 100th birthday. 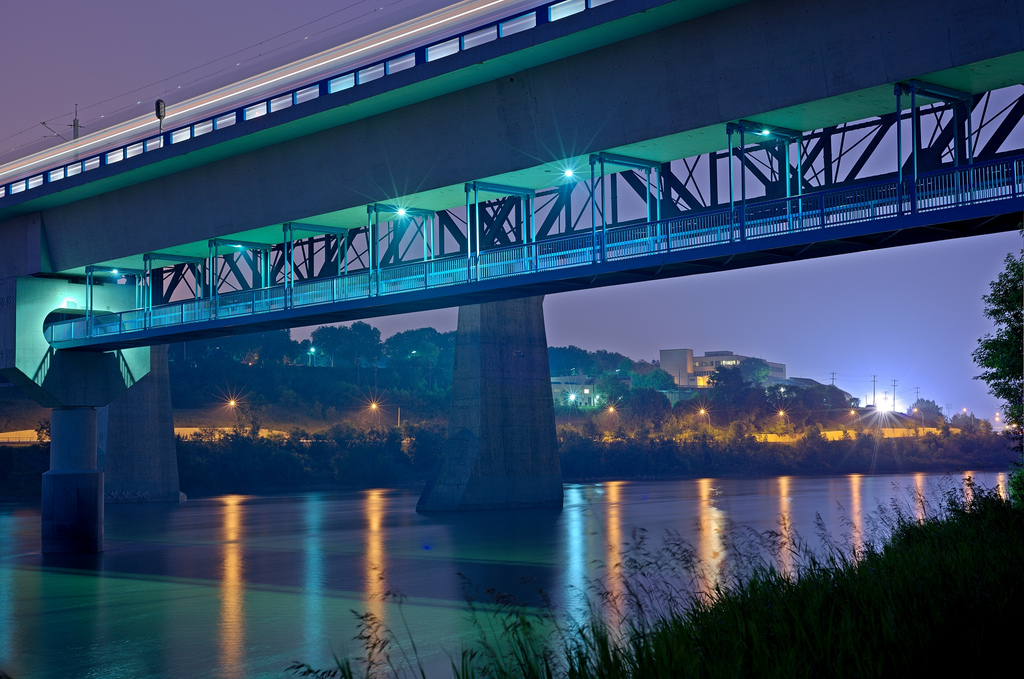 As a river city, Edmonton is therefore necessarily a city of bridges. The 1913 High Level Bridge and 1993 Dudley B. Menzies LRT Bridge soar across the large expanse of Edmonton’s North Saskatchewan River valley. 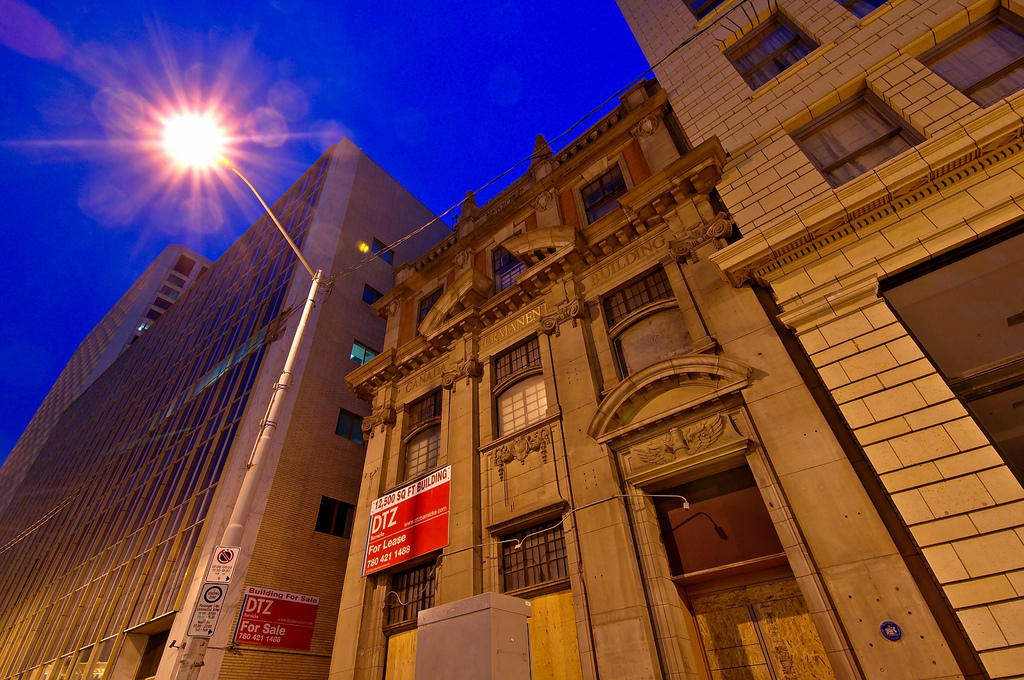 Edmonton’s track record of preserving historic structures has been hit and miss, despite growing engagement by its citizens. The 1910 Permanent Building currently sits empty, waiting for a new owner, its future is uncertain. Sadly, many other Edmonton historic buildings sit in a similar limbo. 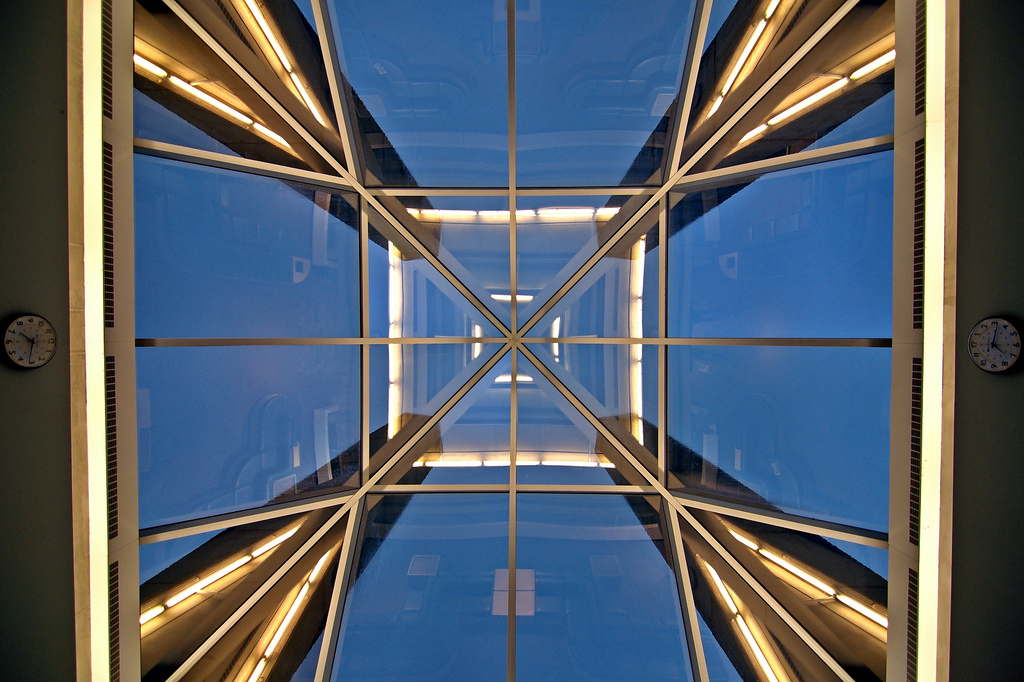 Many of Edmonton’s interesting, unique, and historic structures are the legacy from Edmonton’s places of higher learning. The literal glass ceiling at MacEwan University reminds us to look up because interesting perspectives are not always found at eye level. 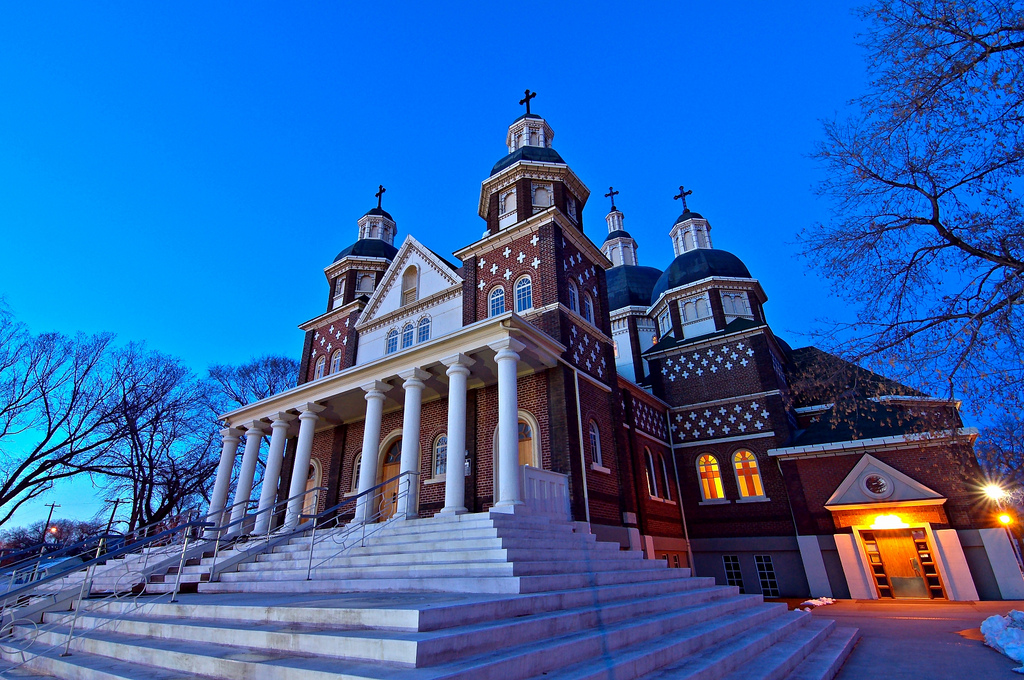 A large amount of Edmonton’s notable and historic building stock is comprised of churches and other holy places. One of the finest examples is St. Josaphat Cathedral, a brilliant example of Byzantine church architecture. 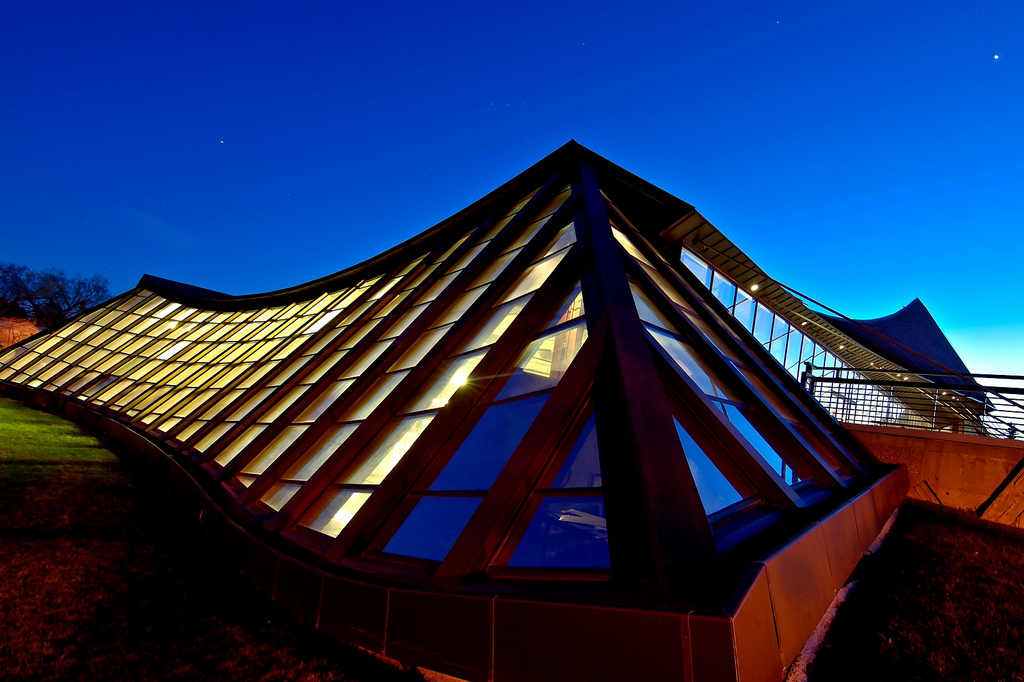 Edmonton contains many examples of sports infrastructure, from the venerable Rexall Place (current home of the Oilers), the imposing open-air Commonwealth Stadium (home of the Eskimos), to many smaller venues often associated with Edmonton’s places of higher learning. One of the most unique examples is the curvilinear steel and glass structure which houses the Peter Hemingway Fitness and Leisure Centre, named in honour of its architect who won the Massey Medal for his efforts. 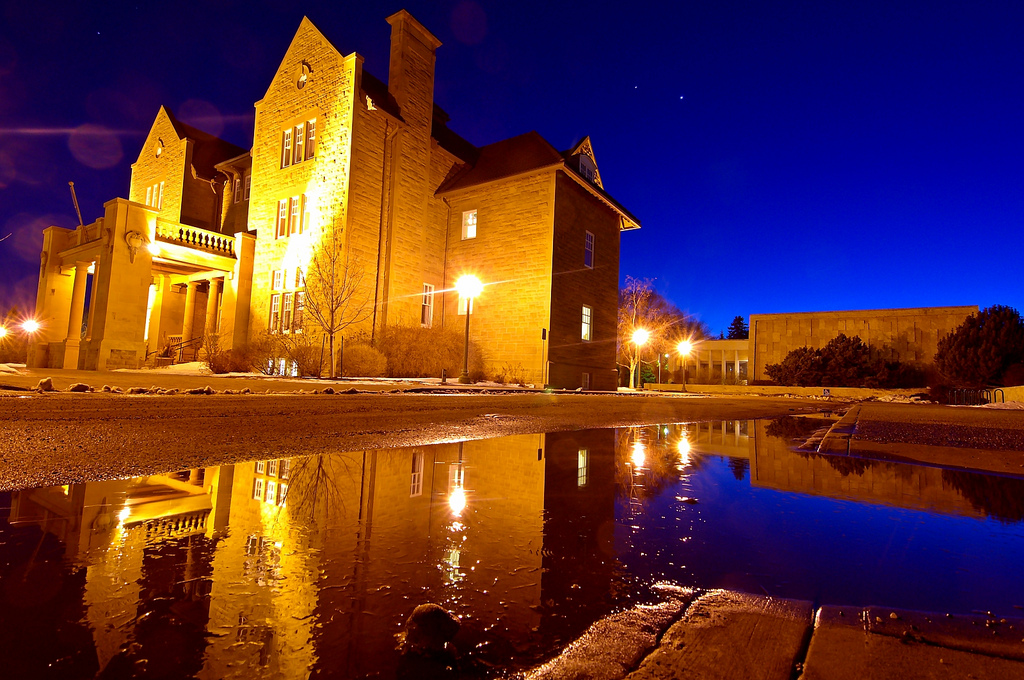 As a provincial capital Edmonton contains many buildings dedicated to governance. The 1913 sandstone Government House has not been the residence of the Lieutenant Governor since 1937, yet it remains, re-purposed to meet the needs of an ever-changing provincial government. 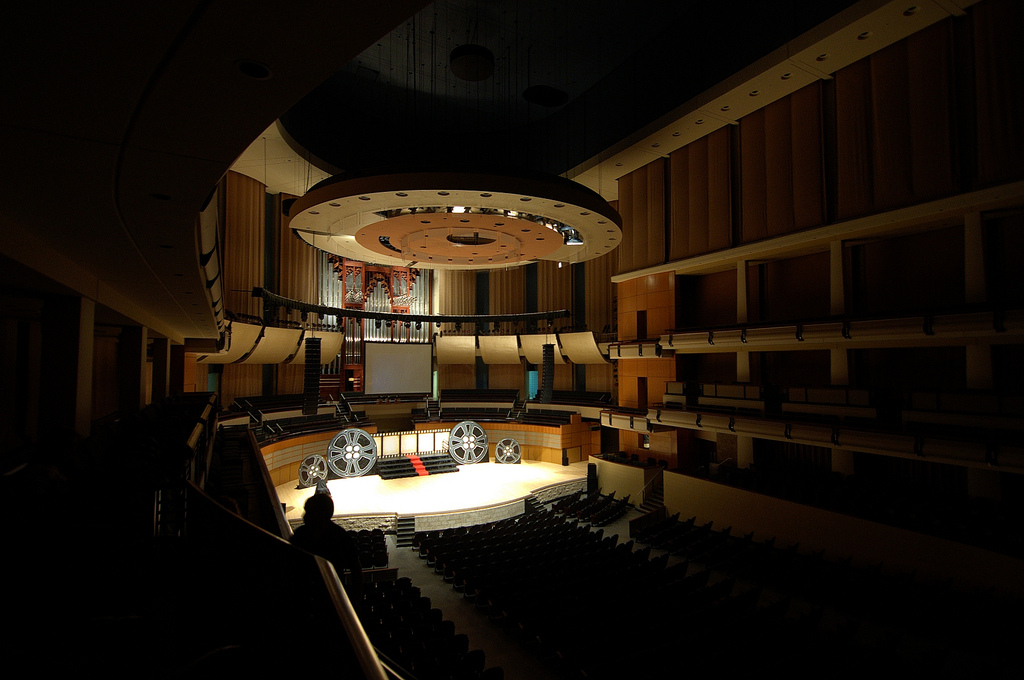 Edmonton has a thriving arts and culture scene, and one of the most recent structures to cater to this is the 1997 Francis Winspear Centre for Music. Home of the Edmonton Symphony Orchestra, the building was designed from the ground up to be acoustically perfect. 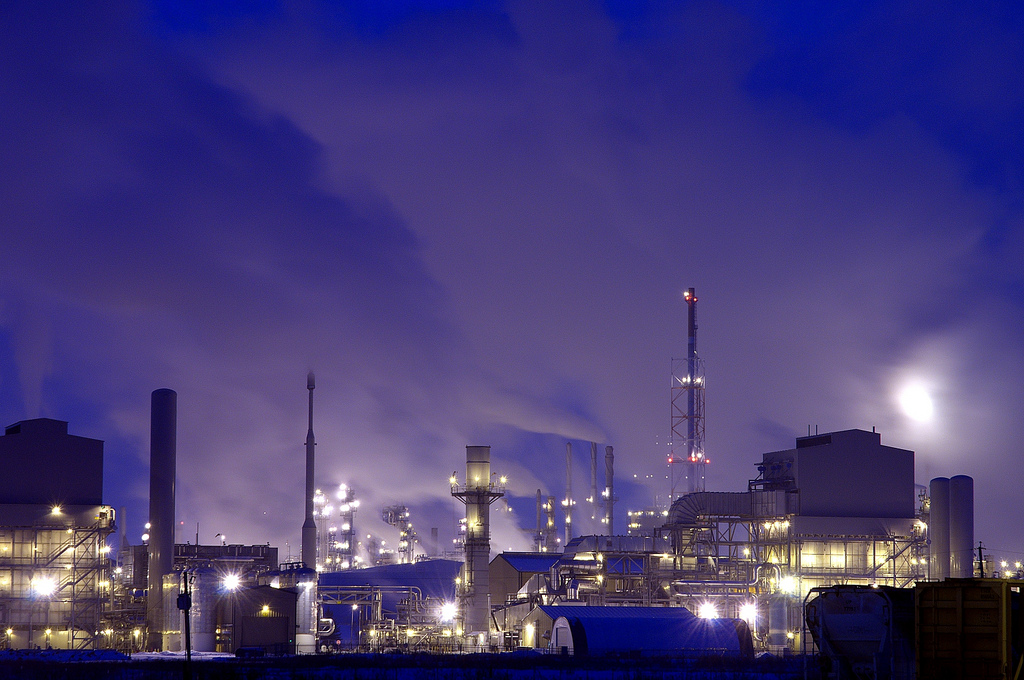 Whether deserved or not, Edmonton has a reputation as a blue-collar city and contains a vast amount of industrial infrastructure. The Suncor Refinery was built to be purely functional, without a thought to aesthetics, yet those with a keen eye will discover it contains a unique beauty. 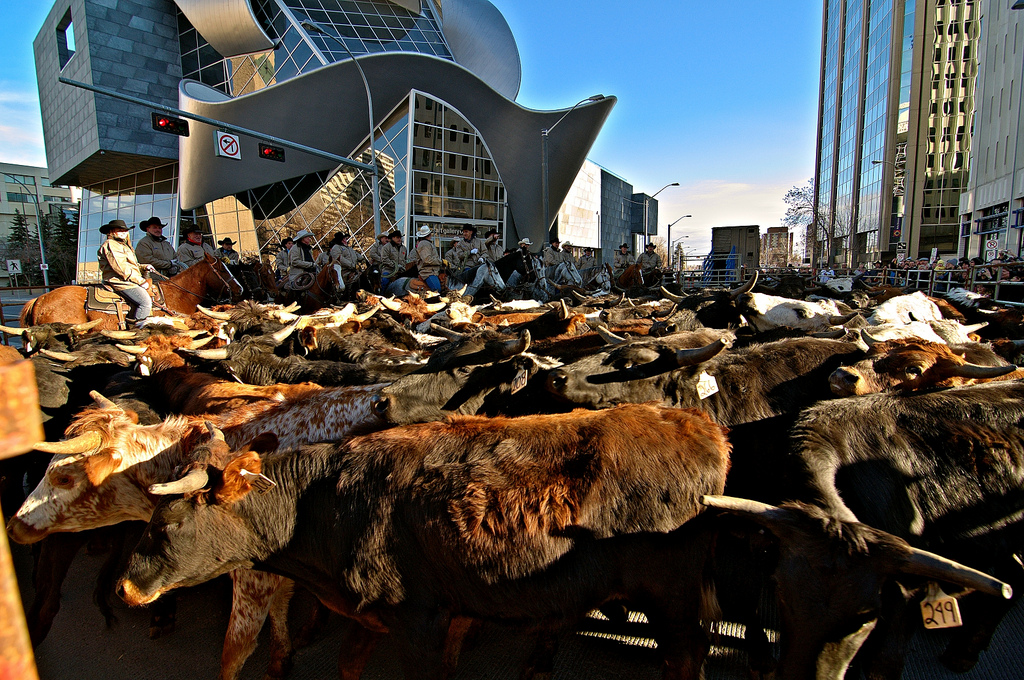 Above all else, Edmonton is a place where people from disparate backgrounds come together to prosper, sometimes quite literally. Here, cattle and cattle drivers gather in front of the ultra-modern Randall Stout-designed Art Gallery of Alberta to kick off the annual Canadian Finals Rodeo held at Rexall Place. Though sharing little in common, both are huge cultural assets to the City of Edmonton.

Edmonton is but a newborn city in terms of its built form. We haven’t the old-world charm of a European capital, nor the sleek, glitzy glass towers of a major financial player. However, as a city that builds for a purpose our architecture often succeeds despite itself. The notion of ‘it’s good enough’ is starting to recede with the growing engagement of the citizenry, and indeed recent product offered to the market has shown that many Edmontonians are willing to pay more for better design. While we are not there yet, all indications are that urbanists in this city have plenty to be optimistic about over the coming years and decades.