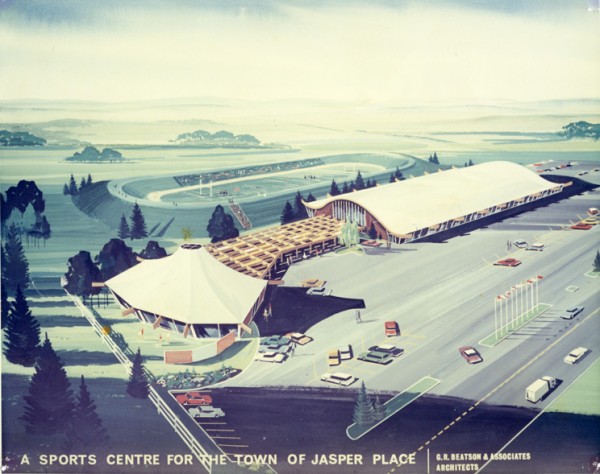 On August 10, 1963 the Jasper Place Sports Centre (9200 163 Street) opened in the former Town of Jasper Place to much fanfare. The grand opening included tours of the state-of-the-art facility, a weightlifting competition at the arena, and city open diving championships at the pool. The opening wound down with a square dance, jamboree, and modern dance at the arena later that evening. In all, 8,000 people attended the grand opening events – almost a quarter of the town population. Half a century later, the sports centre has been renamed Johnny Bright Sports Park in honour of the former Edmonton Eskimos running back and Edmonton junior high principal.

Construction of the Jasper Place Sports Centre was approved by the Town of Jasper Place Council on May 1, 1962 and began during the winter of that year. The facility design was completed by Calgary-based GR Beatson & Associates – later known as Beatson Finlayson & Partners. The principal of the firm, Gilbert Beatson, previously worked as the Chief Architect for the Western Region of the Canadian Pacific Railway. He established his firm in 1957 and quickly gained a reputation for specializing in recreation facilities design. His firm is credited with working on facilities at the Radium Hot Springs and for designing the Western Canada Pavilion for Expo’67 in Montréal.

Upon its opening, the Jasper Place Sports Centre was considered a cutting-edge facility, featuring modern architecture and innovations that pushed the envelope of engineering and recreation facilities design. The pool was considered a marvel of engineering at the time, boasting the largest concrete thin-shell roof in Canada. Its five-metre diving platform was the highest in any municipally-owned pool in the province. A small fitness centre occupies the space that formerly accommodated seating for 250 spectators. While the pool no longer hosts dive competitions, it continues to play a key role in the development program for the Edmonton Keyano Swim Club – this despite the fact that the pool is only 23 metres long. 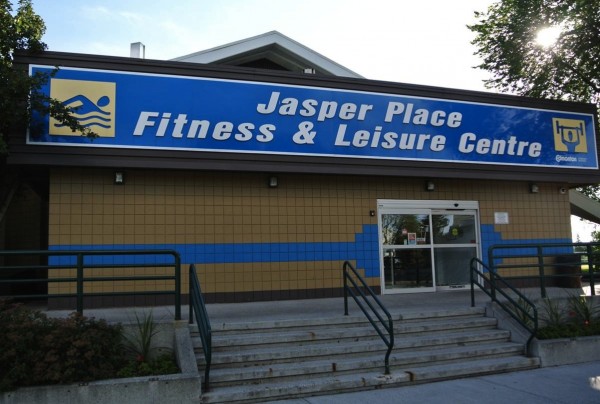 The original concept for the arena was changed after concerns were raised about the potential detrimental effects that its large, plain appearance would have on housing to the east across 163rd Street. The solution devised by the architects was to depress the ice surface 12 feet below grade and give the roof an undulating design. Accumulating garbage in an open space under the arena’s wooden seats led the Edmonton Fire Department to threaten the facility with demolition in 1978. The concern here was that a smoldering cigarette butt could posed a significant fire hazard. A recent three-year renovation completed in 2010 ensures that it will continue to be considered one of the premier and most-used arenas in the City. 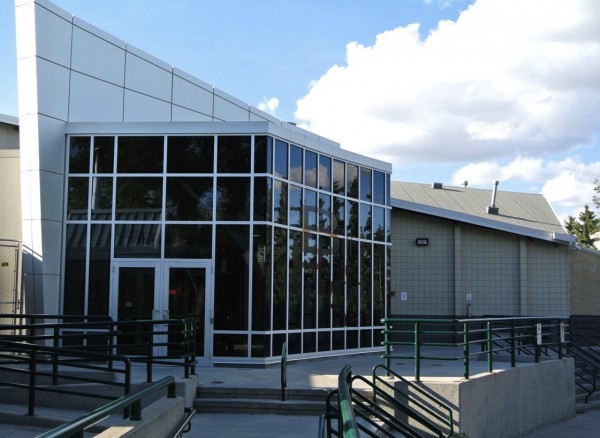 Jasper Place was known derisively as Mud City through much of its history due to its notorious unpaved streets. However, the soil proved useful when building the stadium. The playing field was surfaced with excess dirt from the Town’s road paving program. So much dirt was available, in fact, that a small tobogganing hill was constructed to the southeast of the stadium. In 2010, the field’s natural playing surface was replaced with artificial turf. 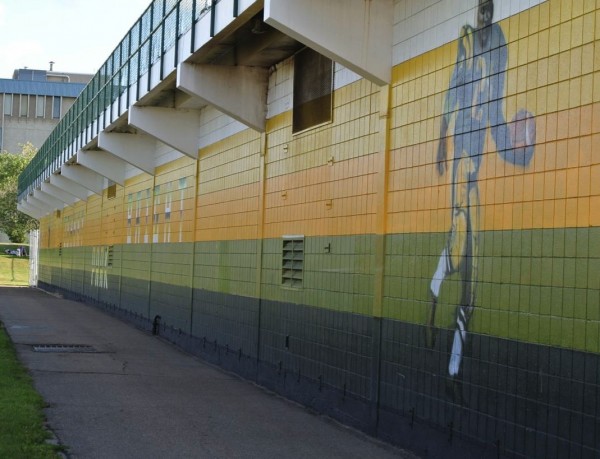 Only one year after its opening, the Jasper Place Sports Centre hosted Jasper Place and City of Edmonton delegates to celebrate the Town’s amalgamation. Since that time, the City’s population has more than doubled and mega-facility projects have, by far, eclipsed the Jasper Place Sports Centre in size and scope. Despite the supposed allure of mega-facilities, what is most attractive about the facilities at Johnny Bright Sports Park is that they are built to a human scale and integrated into the community, rather than standing alone as islands in a sea of parking. An important outcome in all of this is that a significant amount of social activity can be witnessed on and around the park grounds as people walk and cycle to the facilities – it is truly a gathering place for community members of all ages and backgrounds.

Celebrations planned for the 50th anniversary of the facility will be more modest than those featured at the grand opening – no there will not be any weightlifting competitions or square dancing. Festivities will primarily occur at the pool and patrons can expect a historic photo display, organized games, prizes, and cake. While modest, the events are reflective of the modest but vital way that the Johnny Bright Sports Park has served Edmontonians (and the residents of the Town of Jasper Place before them) for 50 years. 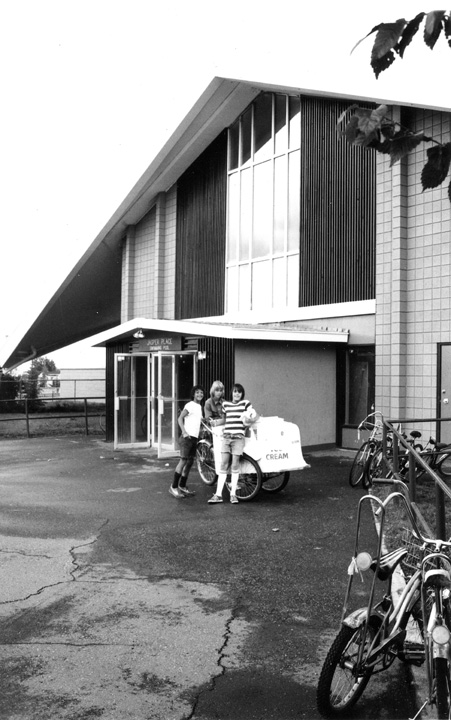