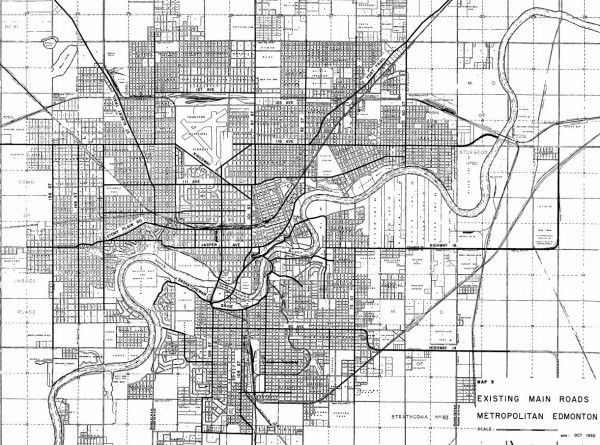 Growth is largely considered to be a good thing; undoubtedly it’s better than shrinking.  Detroit was once a city of 1.8 million; today it’s a bankrupt city of 700,000.  If you have the choice, shrinking is not the way to go. However, growth is not a plan in itself.

Edmonton is a very spread out city, making it a very expensive city to maintain.  All of this space means Edmonton has more kilometres of roads, sewers, water mains, etc, than other cities with comparable populations.  In spite of this very low density, Edmonton continues to grow outward, and recent bids for annexation will likely provide a steady supply of land for single family homes and their accompanying commercial power centres.  So far we’ve been managing to continue on this path, but where will this growth eventually bring us?

Let’s do a little thought experiment and see what might happen, assuming we carry on doing exactly what we’re doing now with a modest growth rate of 2% per year. By the year 2043 the population of Edmonton would be 1.5 million and, assuming we continue with similar density levels, the area of Edmonton will have stretched to 1,293 square kilometres.  Now is this possible? Yes, of course it is.  At this point Edmonton will have swallowed St. Albert, Sherwood Park and Leduc.

There will be some problems, though. Then as now, there will be no cost effective way to move so many people around so large an area via public transit.  More people will travel on the LRT, but the vast majority of people will still drive as it will continue to be more convenient for most trips. But traffic is going to be a big issue. Beyond the completion of the Anthony Henday, there are no plans for any new expressways.  This means there will be nearly twice as many people, driving further, being funnelled onto longer versions expressways we have now.  This is going to be unpleasant. 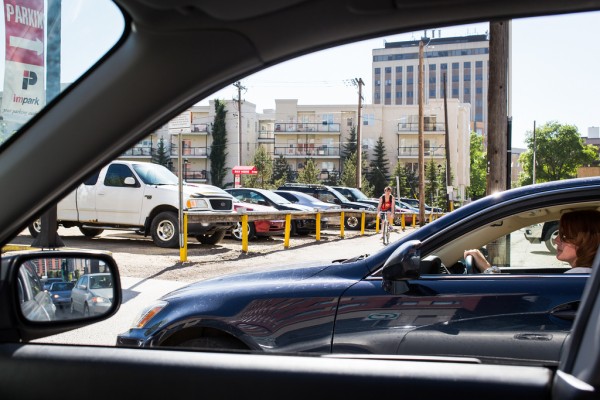 Now let’s go a little further into the future.  Where are we in 100 years?  It sounds like a long time from now.  You’ll probably be dead, but your grandkids might not be.  Where does this place us in the year 2113?  At 2% growth a year the population of Edmonton will be 6 million people.  At the current level of density Edmonton would be 5,172 square kilometres in size.  This is four times the area of present day Los Angeles!  The province of Prince Edward Island is only 5,660 square kilometres!   How will people afford to drive around a city like that?  What’s gas going to cost in 2113?

Edmonton is going to keep on growing but it can’t keep growing the way it has, at least not long term. If Edmonton wants to accommodate more people it’s going to have to have to start packing more into less space.