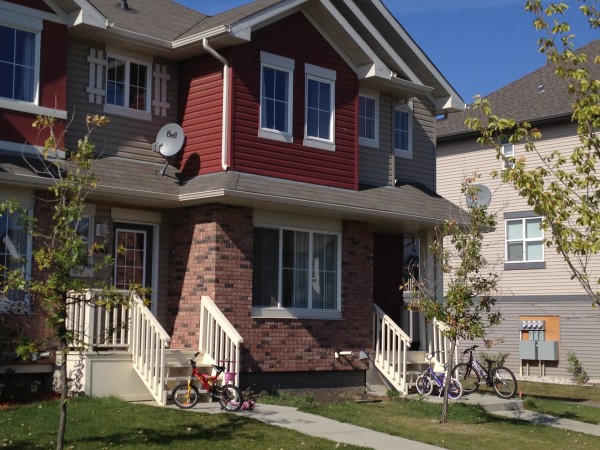 Canadians want a place to raise a family

Last week, the Ottawa Citizen published an article highlighting some findings of the research conducted by Professor David Gordon, Director of the School of Urban and Regional Planning at Queen’s University in Kingston. Prof. Gordon is the investigator of a project that aims to define objectively what really can be considered a suburb. The final report is yet to be published but the conclusion is clear – with two-thirds of Canadians living in the suburbs, Canada is a suburban nation.

There is a range of items in our shopping list that underpins why we choose where and how to live, but what does that shopping list look like for Edmonton? How do we define which neighbourhoods in Edmonton can be considered predominantly urban or suburban? The responses are variable and can be revealing.

The standard definition of a suburban neighbourhood – single-detached homes in areas where the only way to get around is by using a private vehicle – does not fit anymore. Curvilinear streets and cul-de-sacs alone do not tell us for sure that a neighbourhood is suburban. Since the advent of New Urbanism (an urban design movement which promotes walkable neighbourhoods containing a range of housing types and mixed uses) the design of new neighbourhoods has changed. Another factor that is often misunderstood is density (the number of housing units or people living in a given area). For most, the suburbs are assumed to be low density, yet many neighbourhoods built in the last two decades include significant numbers of townhouses and apartment buildings, resulting in densities higher than that found in many mature neighbourhoods.

For instance, think about Terwillegar Towne in the city’s southwest, as compared to a mature neighbourhood like Glenora. Aside from proximity to downtown, which one has more urban features or how much do they differ? In both places people can go for a stroll and cycle to schools and shops, take public transit to go to work and have a good chance to get to know their neighbours by unintended encounters on the streets, at community functions, at the farmer’s market and so on. Also, with most residents leaving the neighbourhood in morning for work, either by taking public transit or driving, and returning in the afternoon, and with few visitors or workers coming into the neighbourhood during the day, both neighbourhoods are more like bedroom communities than active urban districts. Is this not the definition of ‘suburban’? 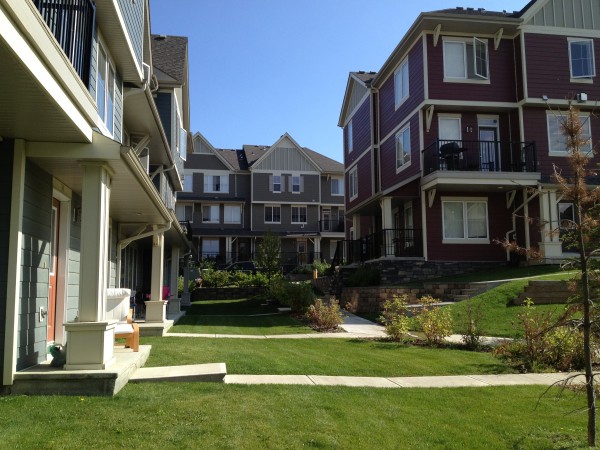 Is this scene urban or suburban? Housing options and density in Edmonton have increased in the past 20 years.

That is why Gordon’s research, by touching on one issue that is missing in the discussion of suburbia is right on the mark – many mature and new neighbourhoods share a common identity. While planners and designers may think about the suburbs in terms of their physical design, people living in these areas are more concerned about privacy, easy access to home ownership and economic stability through the accumulation of capital invested in their homes. And in these neighbourhoods, regardless of whether they are mature communities or new ones on the edge of the city, most residents would have concerns with accommodating new developments that depart from the predominantly residential character of the area – a true mixing of uses.

Like many people, I think urban expansion to the edge is unsustainable (fiscally, environmentally, etc.), but Gordon’s research shows that we cannot ignore the fact that, like other Canadian cities, Edmonton is growing outwards not simply because ‘evil developers’ do not provide better options. Rather, the research identifies a significant challenge of understanding lifestyle preferences before we can hope to reverse the trend. We need to find a way to improve the physical characteristics of neighbourhoods on the edge while preserving what people value the most – a place to raise a family. 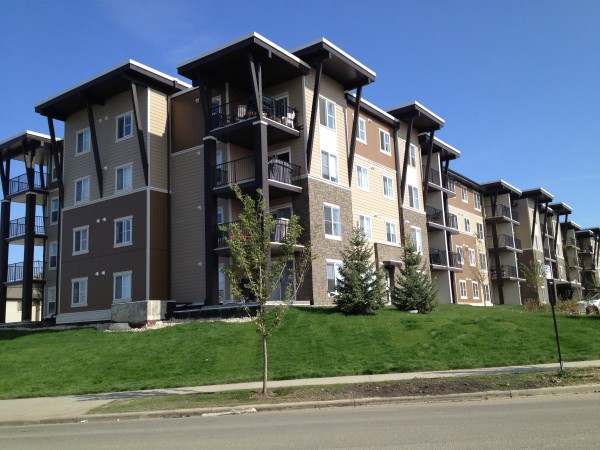 Would families embrace apartment living if it were designed differently?

Perhaps we would be better off if we abandoned the ‘cupcake urbanism’ (coined by Spacing’s senior editor Shawn Micallef), where there is a cafe and restaurant on every corner, and start thinking of how to overturn this aversion to a mixture of uses within neighbourhoods. Small-scale business incubators, live/work units, and other residential-related uses with urban-style community gardens, parks and schools may be a start that will allow Edmonton’s new neighbourhoods evolve to be more integrated with the city.

As quality design remains fundamental to set the stage for this evolution, urban designers and planners must continue the quest for better physical characteristics of new neighbourhoods, but this is one thing in city-building we cannot change through urban planning – why people choose where and how to live. By pursuing a better understanding of this dynamic of lifestyle choices, we might be able to craft neighbourhoods that are both in demand and sustainable by design.