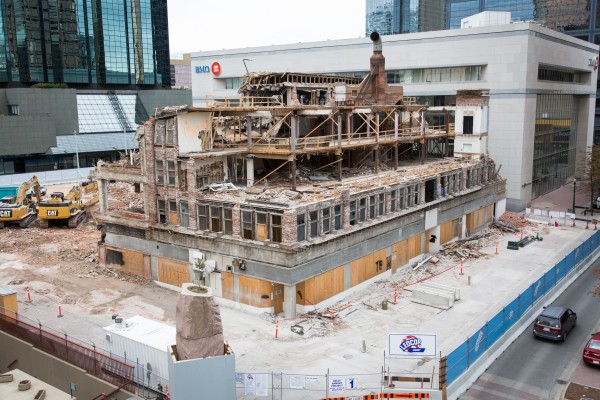 The Kelly-Ramsay Block as it looked this afternoon, Sunday October 6th 2013, roughly halfway through its demolition. The facade has already been removed, carefully catalogued for reconstruction as part of the new development for this block. 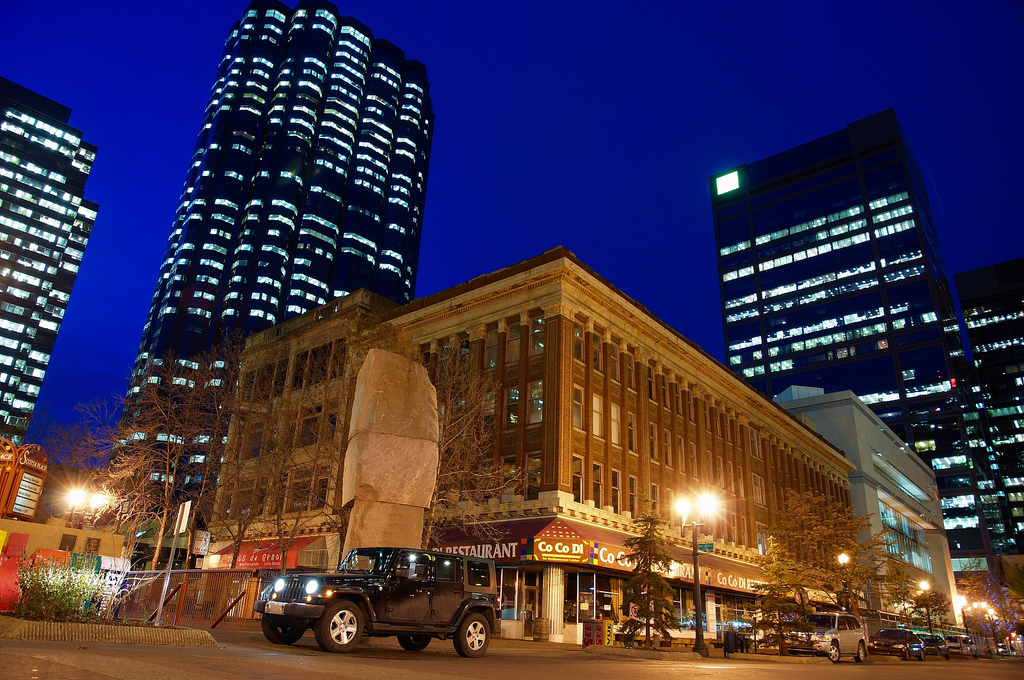 The Kelly-Ramsay Block 6 months after the fire in March 2009 that ravaged the interior of most of the building. Photo by Darren Kirby. 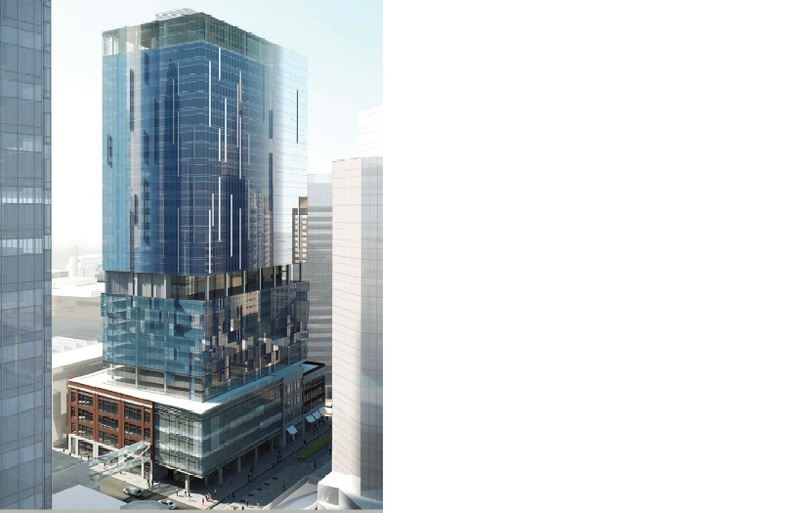 Rendering of the Kelly-Ramsay redevelopment, featuring a podium with the historic facade reassembled. Image via skyscraperpage.com.