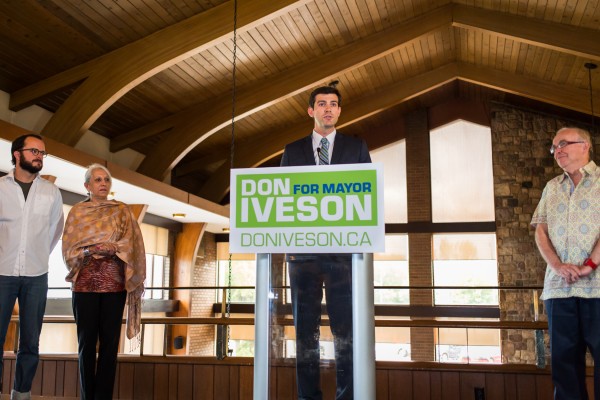 Don Iveson announces his intention to run for mayor at the Petroleum Club on June 18, 2013.

Editor’s note: Tom Young is a Spacing Edmonton editor and was a volunteer on the Don Iveson for Mayor campaign. Although Spacing Edmonton enthusiastically supports participation in the political process, the views expressed here are his own.

After many months of hard campaigning, two-term City Councillor Don Iveson won Edmonton’s mayoral race with a resounding 62% of the vote, setting a new record for the number of votes received (132,162) by an Edmonton mayoral candidate. I was lucky enough to be able to photograph him throughout as a campaign volunteer, documenting him knocking on doors, attending a diverse and dizzying array of community events and forums, and finally, celebrating his victory in a crowded room of supporters at the election night party on October 21, 2013.

At 34, Don joins a collection of youthful mayors in major cities across the province: Calgary’s Nenshi is 41, Red Deer’s Veer is 35, Grande Prairie’s Given is 36, and Wood Buffalo’s fourth-term mayor Blake is 43. In the media it was frequently suggested that Don appealed primarily to a young demographic, but it became increasingly clear as the campaign progressed that Don’s appeal was much broader than that. Campaign volunteers, nearly 1,000 of them, represented a wide range of backgrounds and age groups. The positive responses he received at senior’s centres, at schools and universities, from small business owners, at Ramadan celebrations, in gospel churches and Sikh community centres spoke to his widespread appeal and ability to connect with and understand the issues of the entire spectrum of Edmontonians. Whether talking about the challenges of integrating immigrant communities, encouraging more affordable infill housing, fostering a “can-do” civic culture, or making sure potholes are filled and streets repaired, Don was always articulate and responsive to his audience.

I am very proud to have played a role in the election of this energetic, affable, and intensely thoughtful and generous man. The next four years will no doubt be interesting to watch, and I expect that wherever he leads us, it will always be forward, never back. 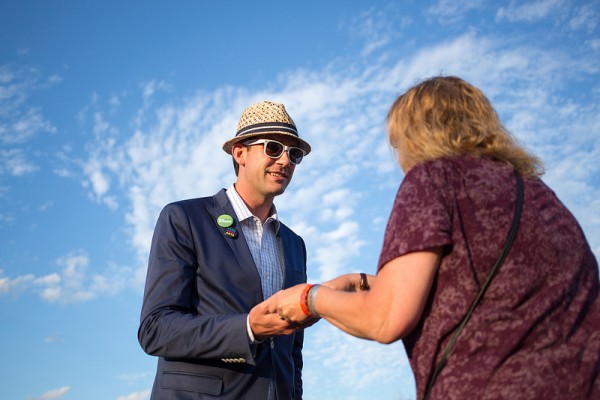 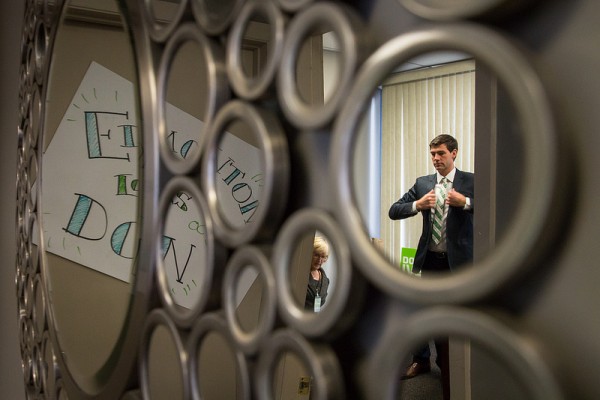 Suiting up for a long day of campaigning. 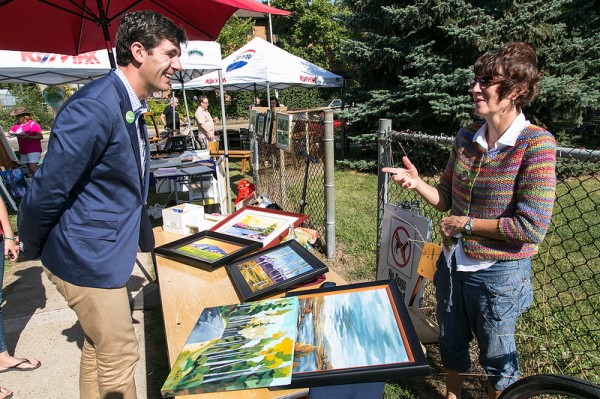 Chatting with artists at the Strathearn Art Walk. 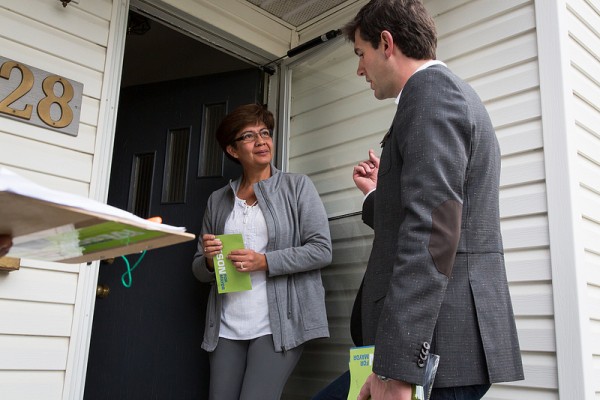 Door-knocking in the Parkview neighbourhood. 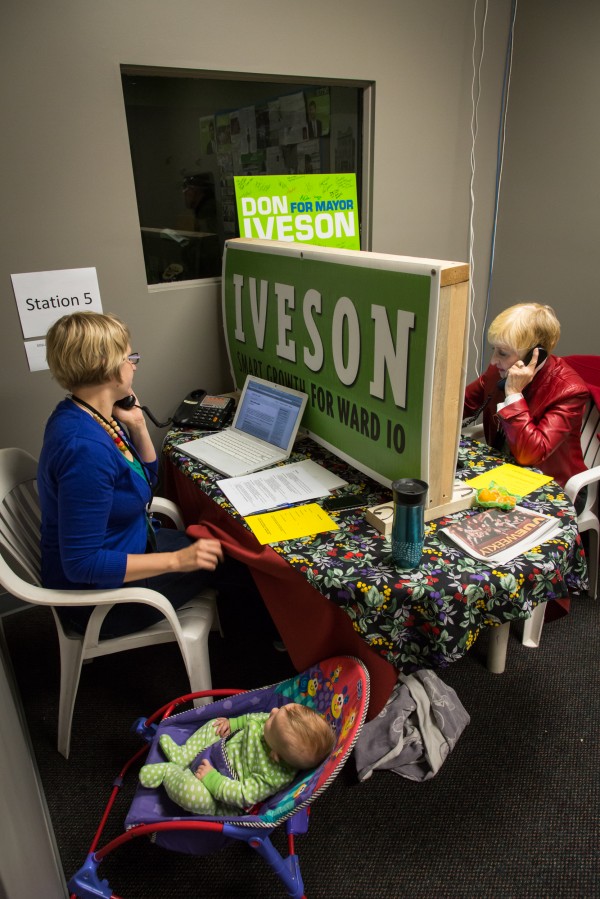 A sign from an earlier campaign partitions the space as volunteers of all ages work the phones at Iveson HQ. 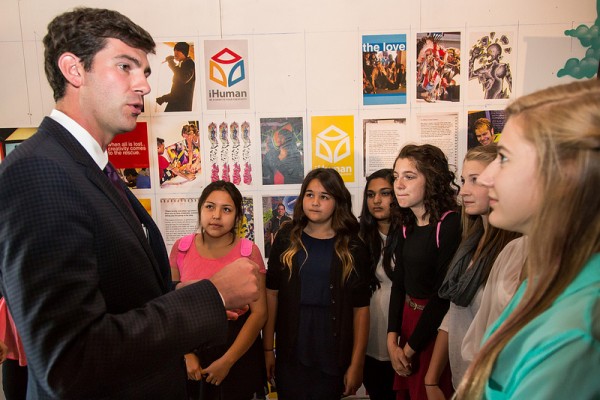 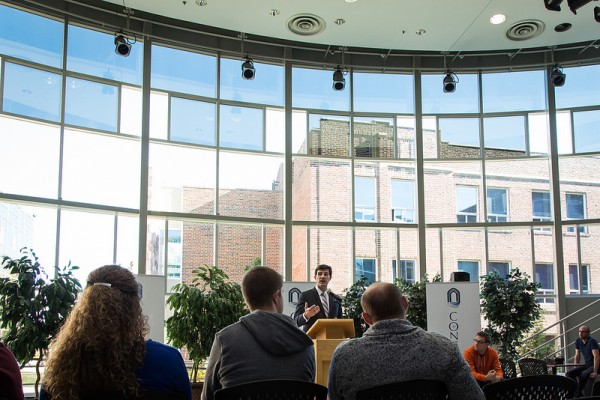 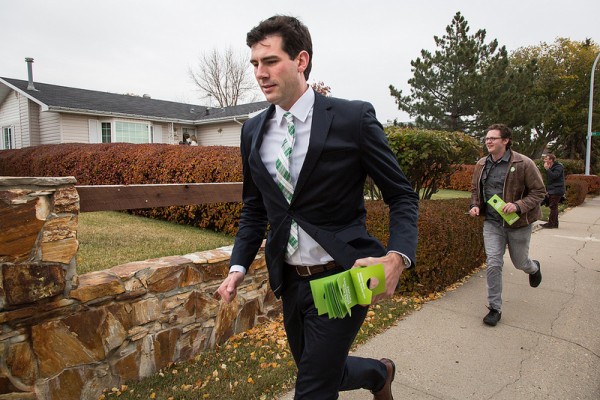 Don literally “running for mayor” as he door-knocks in the Kilkenny neighbourhood. 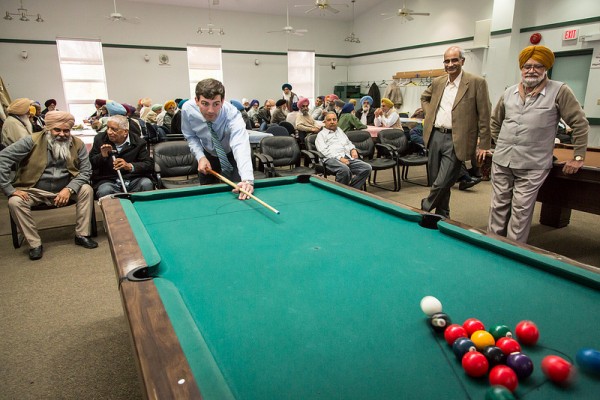 Playing pool at the Mill Woods Society for the Retired and Semi-Retired. 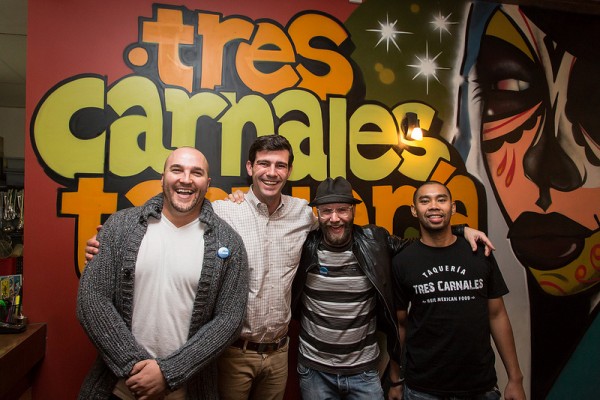 Posing for a photo with the owners of Tres Carnales Taqueria, big fans from his work on outdoor patios. 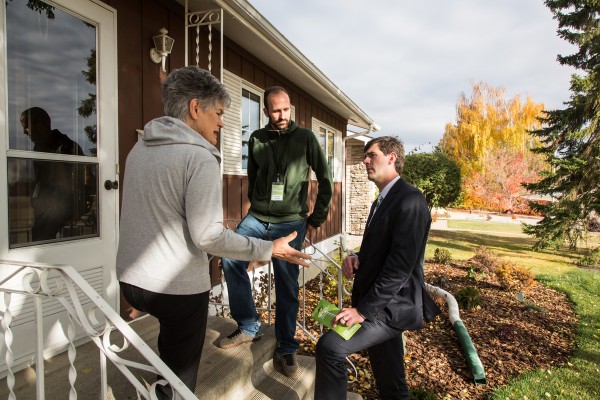 Intense conversation on the doorstep. 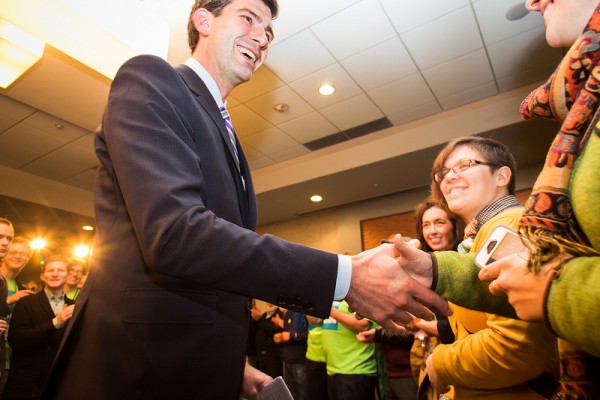 Greeting supporters at the campaign’s Get Out the Vote Rally the week before the election. 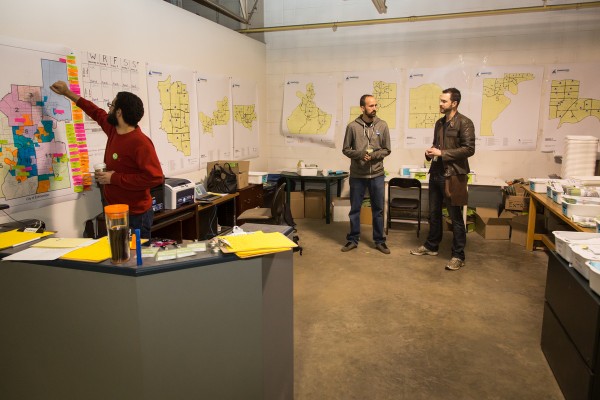 The Map Room at HQ, where flyering and door-knocking routes were planned and distributed. 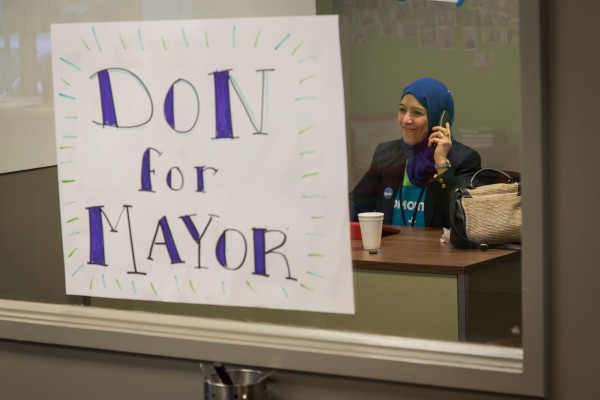 A volunteer on the phones at HQ. 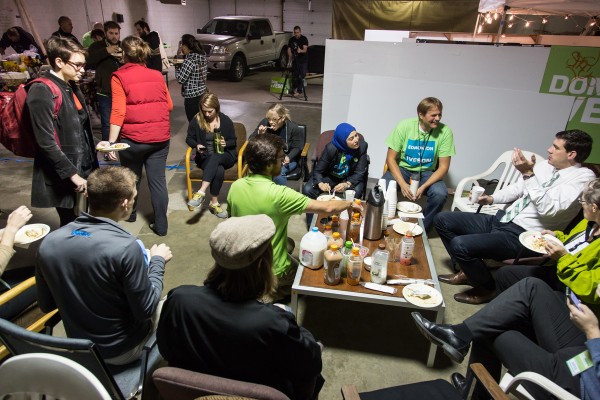 Breakfast at HQ before the volunteer teams head out to flyer and door-knock. 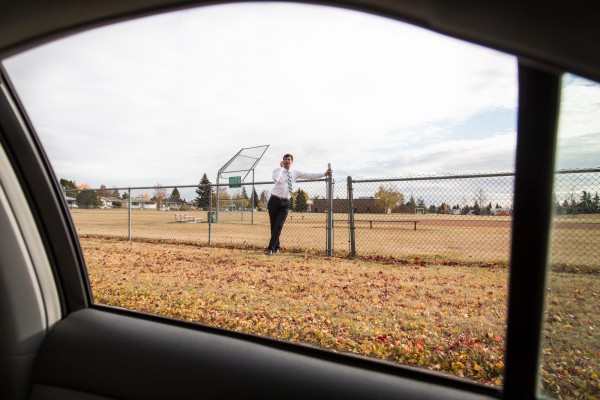 The campaigning never stops. A roadside pitstop to take an interview with Metro News. 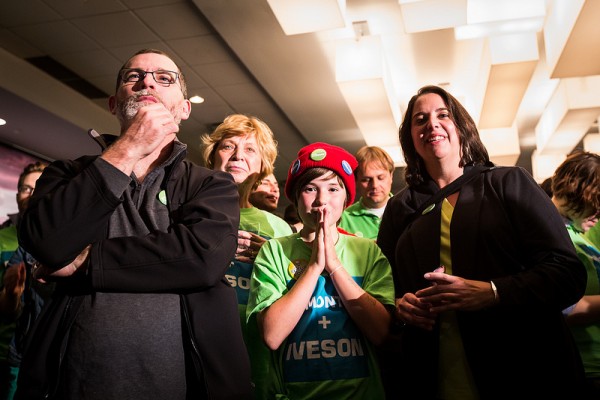 On Election Day, supporters are hopeful as the polls close at 8 pm. 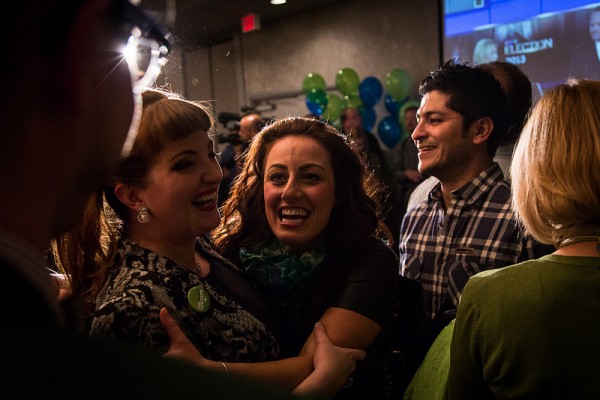 The results start to roll in. It very quickly looks like a win. 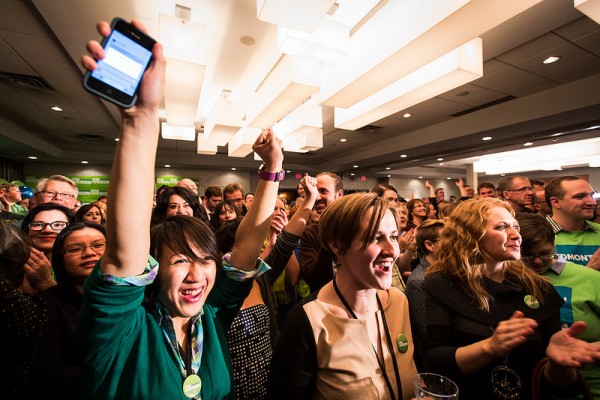 Media outlets start to declare Don the Mayor Elect at around 9 pm. 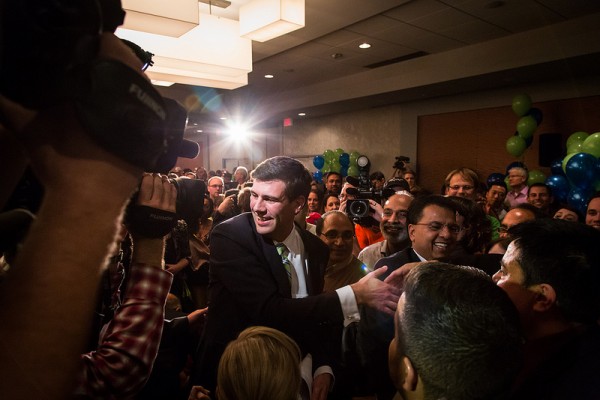 Don emerges and makes very slow progress through the crowd. 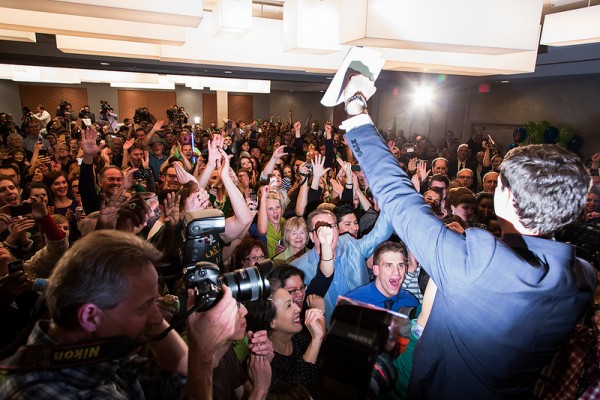 The crowd goes wild as he mounts the stage. 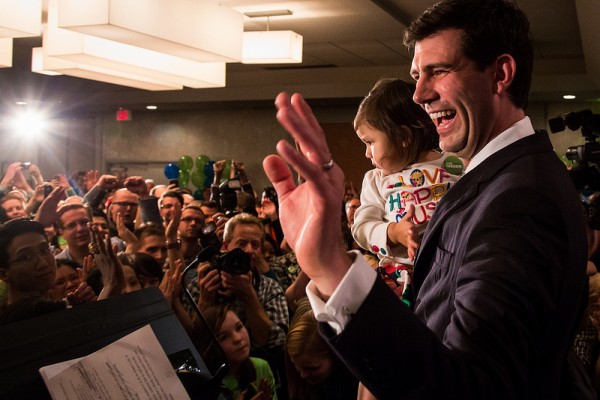 With daughter Alice in his arms, Don shares in the excitement before starting his speech. 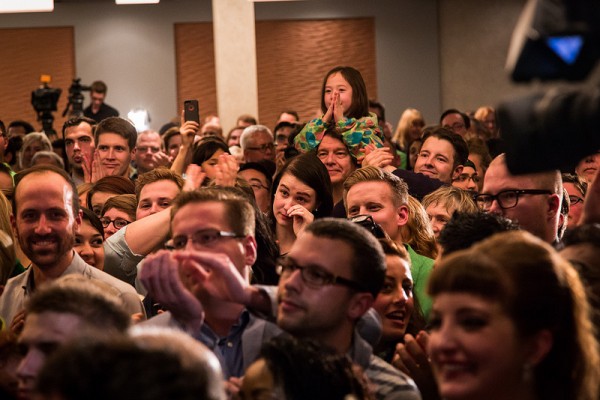 A supporter sheds a tear during his election victory speech. 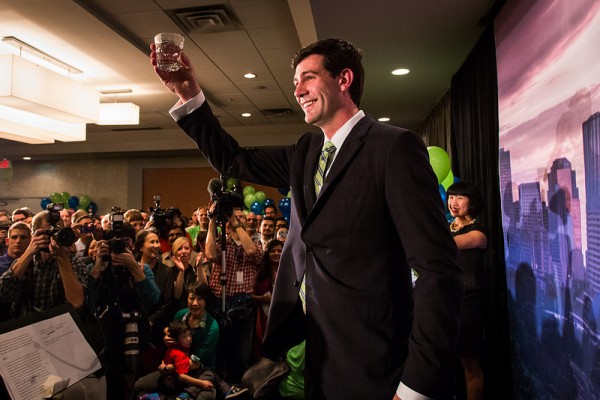 A quick glass of “Edmonton’s finest” mid-speech while his wife Sarah looks on. 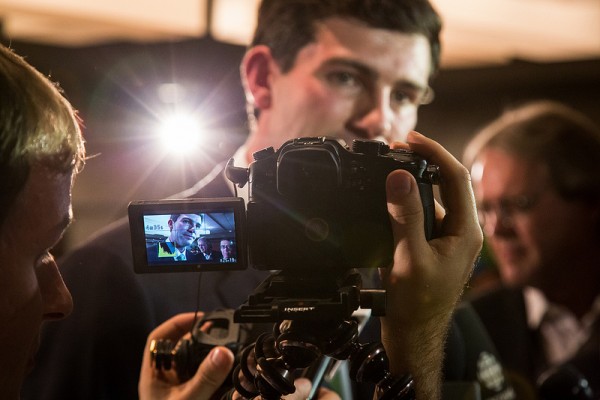 Don speaks to reporters as the night draws to a close.