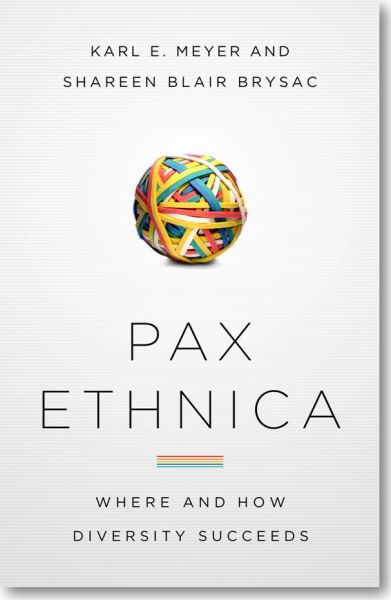 Can’t we all just get along? Well if we’re crammed into concrete towers on the edge of town, the answer may be no… and it’s the well-intentioned designs of architects and urban planners that are to blame. That’s one of the more interesting conclusions of “Pax Ethnica: Where and How Diversity Succeeds” by co-authors (and husband and wife) Karl Meyer and Shareen Brysac. When different languages, races, religions, castes and creeds jostle together in cities, how they get along (or don’t) is as much a question of built form and urban policy as anything else.

At a time when inter-communal unrest makes regular headlines around the world, the authors spent two years looking for the opposite: places where diversity worked.  Places where mixed ethno-cultural populations co-existed peacefully, and when necessary, dampened the sparks of confrontation rather than fanned the flames of intolerance.  They examine why Marseilles stayed relatively quiet while the banlieues of Paris burned during the 2005 riots in France; why the state of Kerala avoided the ugly Hindu-Muslim bloodshed that Gujarat could not in India three years earlier.  Through interviews with politicians, professors and community leaders as well as rappers, street merchants and students, the pair look at how multiethnic populations can recover from seemingly intractable political tensions: how centuries of Danish-German friction was resolved after World War Two in Flensburg, Germany and how Russia’s Muslim Tatars eked out a quiet arrangement for sovereignty while other regions, such as Chechnya, chose much bloodier alternatives in the wake of the Soviet Union’s dissolution (though developing events may challenge this conclusion). The book rounds out with a look at arguably the world’s most diverse place, New York City’s borough of Queens and its 138 languages (while there is no mention of Toronto’s self-proclaimed status as the world’s most diverse city, Canada earns justifiable praise for some of its more progressive cultural preservation and integration policies, as well as for far-sighted theorists like Will Kymlicka and Charles Taylor). 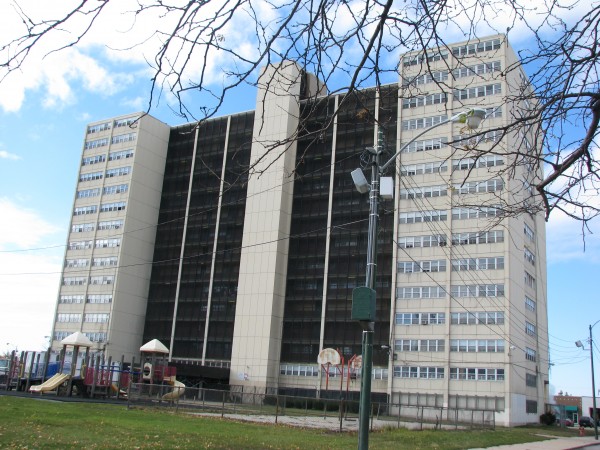 But back to the towers. How are they detrimental to multicultural and multiethnic polities? In the same ways they impede community generally. Concrete and steel highrises (typically defined as at least 12 stories but often much, much higher) can be found in virtually every major city in Canada and around the world. Cheap and quick to construct, they mushroomed in the post-war era to become the most commonly replicated structure on earth, as the National Film Board’s groundbreaking 2009 documentary series Highrise points out. A seemingly slick solution to the issue of overcrowding in cities, Le Corbusier- inspired tower blocks—once thought to be the hubs of futuristic ‘garden cities’– soon lost their seductive sheen and became characterized as massive and isolating structures, quick to age, energy inefficient and prone to vandalism & crime (before it was demolished in 2010, the massive Cabrini-Green housing project in Chicago was described as a “virtual war zone”). Whether post-Soviet cinder block, American “project” or Indian chawl, these structures, particularly their common-area corridors and lobbies, dilapidated quickly without concerted care and maintenance.

Thus, according to Meyer & Brysaac, “In constructing homes for new immigrants, horizontal appears to be more successful than vertical” (emphasis theirs). Referencing the geographies and pathologies of the French riots, the authors note the alienating characteristics of highrises wear the civic fabric bare and encourage ghettoization: “Few modernist dogmas seem to us more problematic than the… enthusiasm for high-rise apartments to shelter (among others) immigrant families.”

They offer the example of low-rise brownstones in Queens as a healthy alternative, where smaller-scaled neighbourhoods, welcoming stoops and low-slung awnings encourage interaction and familiarity. That’s not to say that large scale public housing projects or existing highrise apartments can’t be made more liveable.  However, as in many other aspects of good public policy, to do so requires individuality, enlightenment and courage. 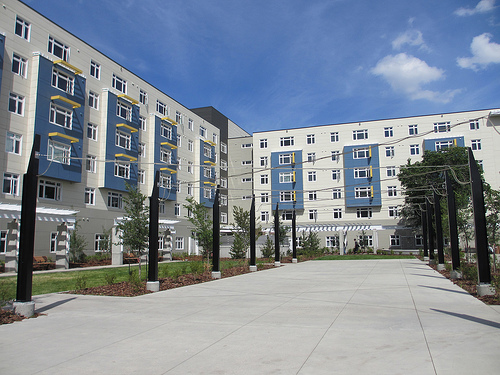 Granted, human-scale urban planning won’t eliminate every ethnic conflict in the world (anti-highrises are but one of the book’s eleven stated methods for reducing inter-communal tensions, alongside a healthy civil society, female empowerment, well-funded public libraries and an appreciation of rap music), but when an increasing number of studies point out that smarter planning and better architecture can make for a happier city, “Pax Ethnica” is one of the few books to argue that the happiness of black and brown citizens counts too.