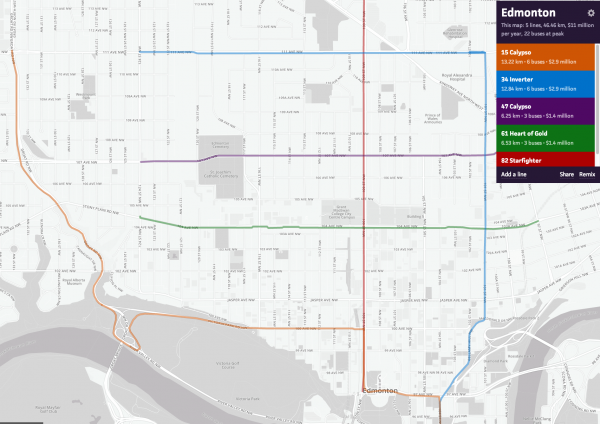 David Rauch is a machine. He has been in Edmonton for less than a year and he has already deployed a number of pianos throughout the downtown core and engaged with Edmonton’s Open Data community through OpenEdmonton, a grass roots group of open data and open government activists (check out the City of Edmonton’s Open Data portal). Rauch is not stopping there though! He is currently working on another way to connect Edmontonians with their city through technology, by creating a crowd-sourced art map. The ‘Open Art YEG’ map is his newest project to hit the press, and its already gained some traction on Twitter through #openartyeg.

As Rauch states, Open Art YEG is “…a map (with pictures) of all the weird and beautiful things in Edmonton, it can be art or just something you think is cool or historical.” The Open Art Map is using crowd-sourcing as the primary way of locating and documenting the weird and beautiful. Crowd-sourcing can be defined as the process of obtaining some sort of service from a group of people or on-line community, for free. It has been used for a number of high profile projects from Air Quality Egg to Open Street Map*, as well as Edmonton’s 311 app.

In this instance, Rauch is asking people who happen upon street art in Edmonton to send a geotagged photograph to Open Art Edmonton via Twitter, email or even snail mail (the details are here). If you are inclined to Tweet or email there are several pieces of technology that come together in your smart phone to enable your contribution. Specifically, a network connect (WiFi or some variety of cell connection) coupled with a quality camera and a GPS allow a contributor to geotag a photo and send it to the map.

It just so happens that smart phone tools are an urbanest dream and have the potential to map far more than art. For instance, Crowdmap, the mapping platform that Open Art is running on, is a simplified deployment of Ushahidi, which was developed in Kenya in 2008 to help document Government incited violence. It has been deployed around the world to map violence in its many forms, as well as map a variety of other development and planning needs.

OpenPlans, a New York City based company, supports crowd-sourced contributions on street safety, infrastructure and bike sharing.  NY is shifting part of it’s public consultation (another word for crowd-sourcing) requirements on-line as a means of capturing a wider and more varied demographic than those who show up for a traditional face-to-face consultation meeting. These examples of crowd-sourcing are deeper than mapping art, and show the potential next steps in developing a public consultation strategy that leverages the power of a smart phone in an engaged citizen’s pocket.

Code for America (CfA) is leading the way with this brand of citizen engagement. TransitMix, a new tool recently launched by CfA, allows citizens to plan the transit routes that they would like to see in their city, and to share those plans with other like minded people. But transit is just a start. I can imagine a similar planning tool that could help build a cycling network or even solicit citizen feedback on LRT routes. Technology is not a barrier, but an opportunity. Crowd-sourcing technology can enable deeper engagement from citizens on a range of planning and urban topics.

As a proof of concept, Open Art YEG is a success in that it has proven that Edmontonians are willing to contribute to an on-line mapping project. Is it possible to move to bigger and more complex projects; to engage the grass roots smart phone toting demographic with a more challenging project? Rauch has started the ball rolling, so let’s build on that momentum and use emerging technologies to engage citizens on more complex and ‘deep’ urban problems.

*Disclaimer: David is a friend of mine, and I contribute to the Air Quality Egg and Open Street Map projects. 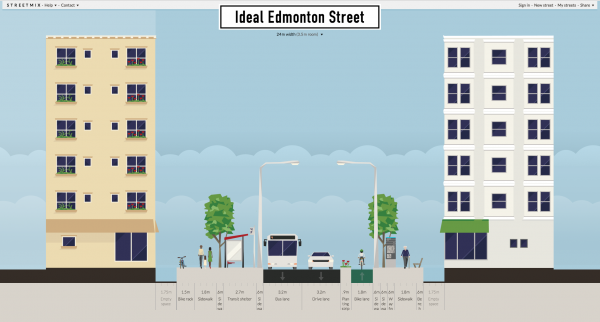