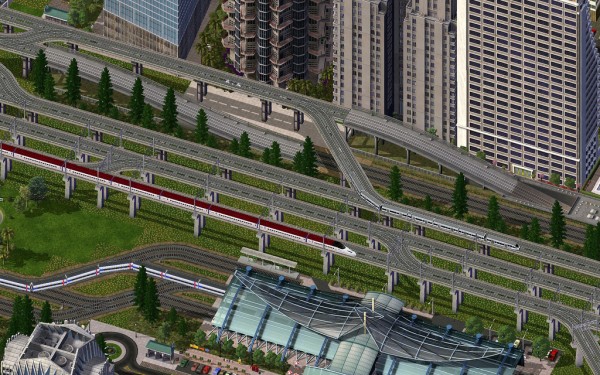 “Everything is related to everything else, but near things are more related than distant things.”

Mayor Iveson recently alluded to urban based video games such as Civilization when he was addressing questions about the importance of city infrastructure. His comment, as reported in Metro, was “Imagine if you never fixed your granaries, and you never built new granaries to deal with growth. How far do you think your civilization is going to go?”  Iveson’s comment is not far from the truth. I argue that emerging computer games can model urban growth based on live and real-time data streams, which can help make actual policy decisions.

Civilization (and my urban game of choice, SimCity) attempts to portray urban growth dynamics in a somewhat predictable, though fun, linear model of growth.  For instance, in SimCity, the player builds an ordered road network from a central starting point, adding buildings and population as the city grows.  The fun of the game derives from building a thriving city by maintaining a balanced and ordered relationship between each of the elements within the urban fabric. If any one element outpaces the other elements, the player risks losing the game.

Like old-school urban games, cities were historically seen as being organized by a top-down, imposed,  grand design. Mechanical in nature, cities were often encircled by walls, with highly structured street networks with the activities occurring within being independent of form. As in first generation urban games, the relationship between urban form and function was understood to be simple.

Fast-forward to the twenty-first century and the thinking on urban systems and their computer model counterparts has significantly evolved.

For instance, if a neighbourhood is a structure and humans are components of that structure, the resulting interactions that play out over time are organized complexity. Measurable outcomes from this example might be a housing market, pollution, traffic flow, population growth, GDP, or any metrics (and associated data) that we use to understand cities. And these complex relationships and interactions can be modeled with urban games.

Urban based video games today are are being redefined by the following factors:

For example, IBMs City One game (watch the trailer above) asks: “Think you know what it takes to make the energy systems that serve a city more efficient? Given the opportunity, could you make the city’s water cleaner and more plentiful, its banks more robust and customer-centric and its retail stores more innovative?”

While City One is unabashedly techno-utopian and purely fictional, it does raise the question of how we can imagine urban games based on live open data feeds. As a thought experiment, it’s interesting to me to consider the data I would want to integrate into my game, and what the potential outcomes might be.

For instance, imagine that there were several gamers within Edmonton who were using live data feeds representing a range of events such as resource use, traffic, pollution, demographics and city finances. Image that the game presented each player with similar decisions faced by council each year, with each player diverging from the others based on the policy choices they made. Now imagine if you could circle back to the real world and compare game play decisions and their outcomes with your city, kind of like a real-time hyper drive Civilization.

I can imagine a process where game play allowed the City of Edmonton to test specific policy questions against dynamic, real world data. This may be a way to crowdsource resources management options, and to define how policy decisions might diverge from the business as usual case. Could this concept be used as a collaborative policy making tool? Would this give planners and Edmontonians a tool to make smarter decisions about the City?

Perhaps. But more importantly, would you play?