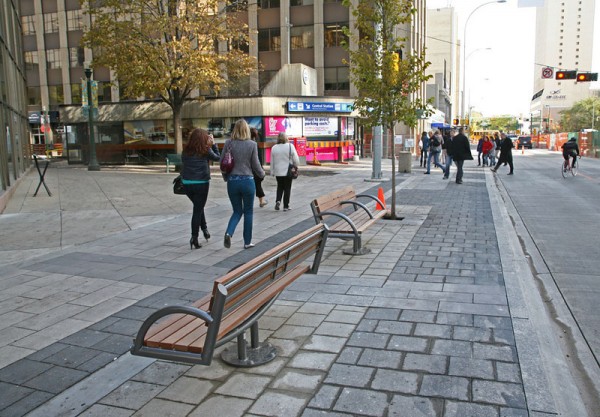 Is it all really doom and gloom? Last week an Edmonton Journal editorial painted a rather bleak picture for Jasper Avenue and what it means for downtown during an economic downturn. The article focuses on specific shortcomings such as the lack of retail focus for the Bay Building, the Sobey’s closure, and the failed residential development by BCM Homes as telltale signs of impending ruin if the City doesn’t act immediately. The article also laments the large investment towards the arena under the assumption that it will compete with Jasper Ave. Yes, our premier main street could use more attention but the sense of doom and gloom is overstated and unhelpful. In fact, it ignores the many retail businesses that have moved in and the mixed use developments that are currently being constructed on Jasper.

But why focus solely on Jasper Avenue, anyway?

These businesses depend heavily on a bustling downtown to attract residents, employers and visitors to increase and diversify their potential market. Residential projects under construction, a new LRT line, and the consolidation of two educational institutions downtown aim to accomplish just that. Similarly, the Community Revitalization Levy funding attached to the arena (whether you agree with it or not) will do more than just build the arena:  it will also provide money for new parks, stormwater servicing improvements, and streetscaping for downtown including Jasper Avenue.

Concern over the arena’s potential draw away from Jasper Avenue is also a faulty premise. Even if the arena ends up shifting downtown’s centre of gravity northwards, the arena will not operate in isolation and there will be spillover onto Jasper if proper connections can be made. Jasper also fills a niche for people who prefer a different atmosphere, especially for the large residential population on the south side of downtown. Lastly, it also retains the advantage of being the major east-west vehicle and transit artery for downtown and, if improved sensitively, can further capitalize on that prominence and access.

Yes, the Bay Building could use some small-scale retail bays (since the City only requires new buildings on the main strip of Jasper to have storefront retail services), and yes, existing park designs along the strip have failed to attract people in the same way the Legislature or Churchill Square do. But presenting downtown as something so fragile to be destroyed by a handful of failed projects is silly.