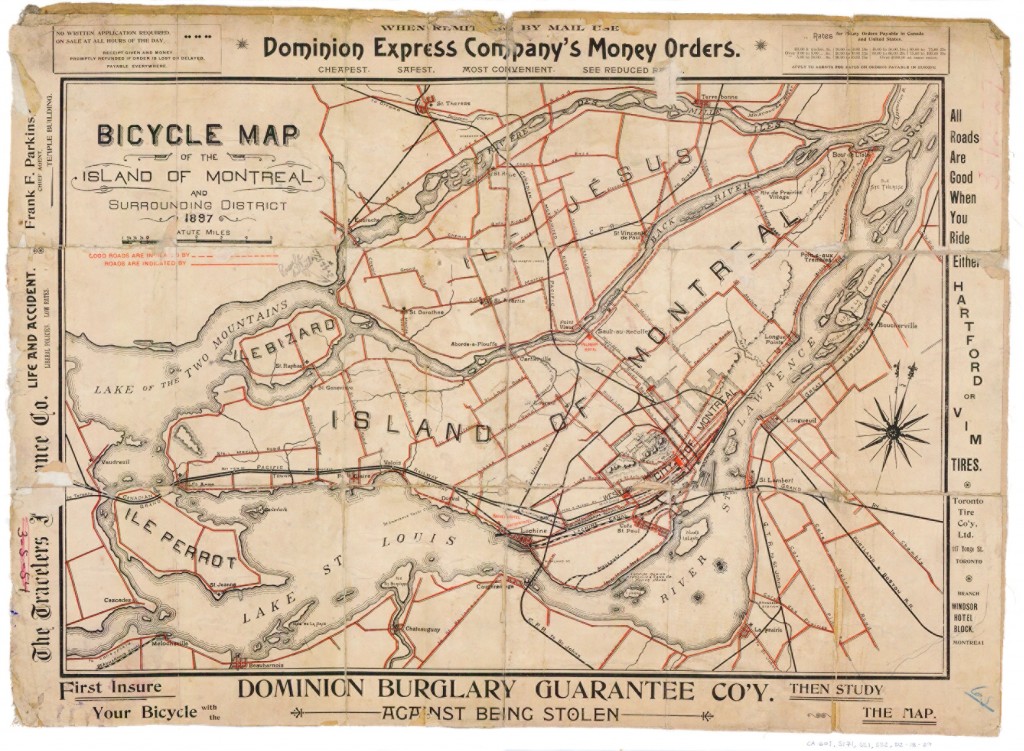 The preferred routes include Sherbrooke, Sainte-Catherine, Saint-Laurent, Saint-Michel, Notre-Dame, and Chemin des Carrières, as well as the more scenic waterfront roads. Interestingly, the industrial canal-side was also marked as prime cycling route a century before it was revitalized with a bike path.

Despite hundreds of new kilometers of bike paths and lanes, Montreal’s 2010 cycling network pales in comparison, the most glaring difference being the abundance of North-South connections that were available to cyclists a century ago. Of course none of the routes on the 1897 map were reserved exclusively for bicycles (not to mention many were likely unpaved and splattered with horse crap).

None-the-less, this glimpse into a nineteenth-century cyclists’ world is a reminder that the progress we have seen in the past 5 years is a drop in the bucket compared to what cyclists lost to twentieth century urban planning priorities.