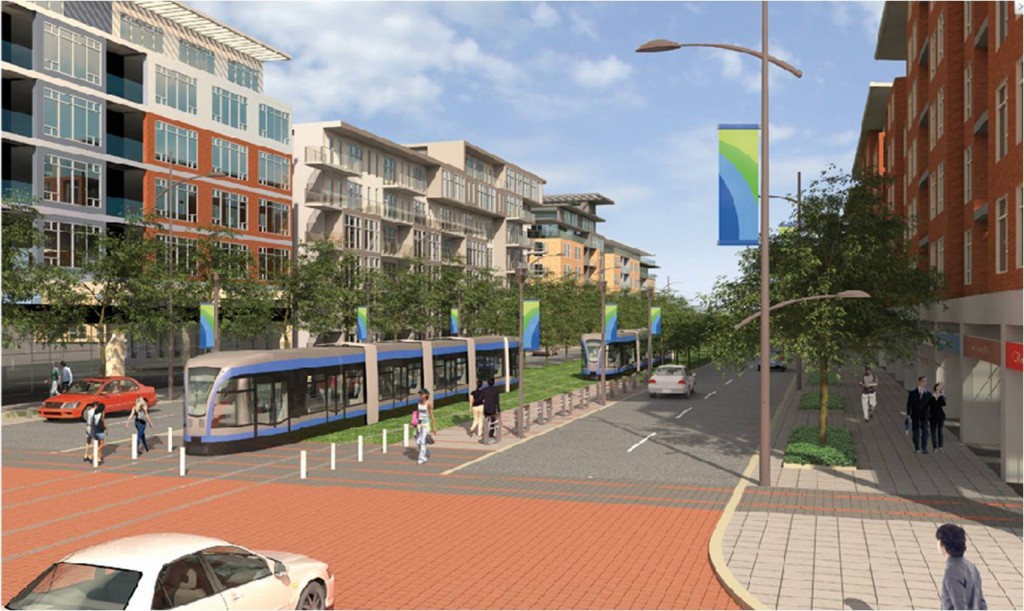 In the face of harsh critiques from just about every imaginable governmental and non-governmental body in the province for its previous plan for the Turcot interchange, the Ministère du Tranports (MTQ) went back to the drawing board over the summer, promising to return with an improved plan for the monumental structure. Finally, the results have been made public. So has the MTQ responded to calls for a truly multimodal transport strategy that will improve quality of life for future generations of Montrealers?

Judging by their flashy updated website, interactive map, computer renderings depicting urban scenes like the one above and new moniker guaranteed to make holdouts feel warm and cuddly inside (“Turcot – Un projet aux couleurs de Montréal”), the folks at the MTQ have been busy.  After a dizzying tour of their website, one almost forgets that behind images of a sexy new (potential) tramway, a futuristic marketplace and billions in future economic spin-offs, this is actually a highway project. So what changes are actually being proposed to this vehicle-moving machine? I have attempted to cut through the noise in order to highlight a few new details; you can decide for yourself what is substantive and just another layer of “green” frosting. 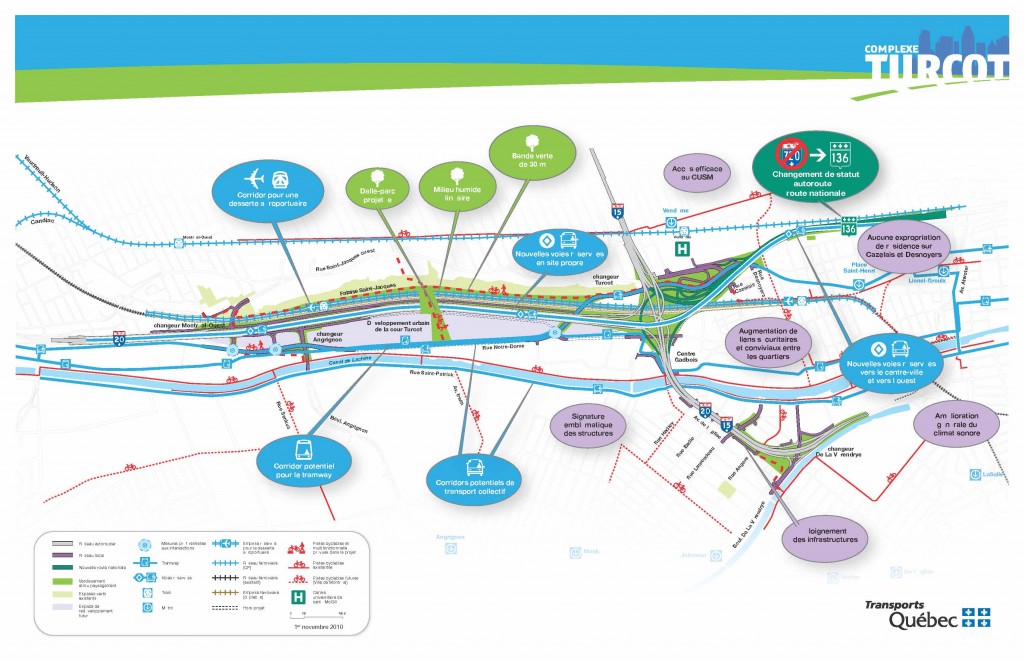 The ‘carte des améliorations’ offers many goodies, some of which may actually happen… 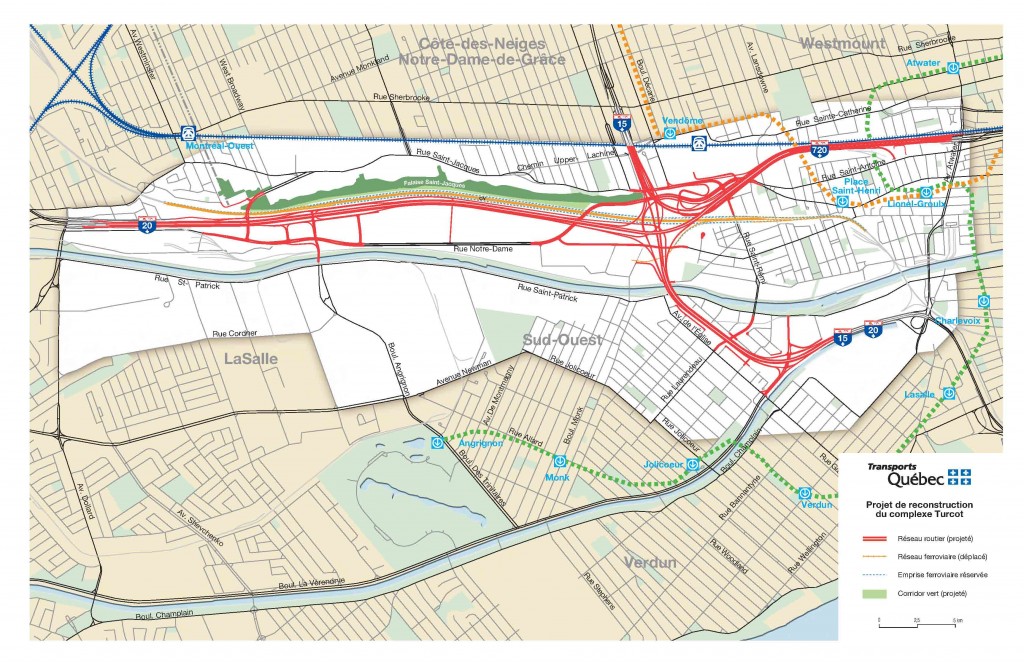 Of course, this dizzying display of propaganda is quite unnecessary at this point. With mayor Gerald Tremblay clearing the way for quick approval by booting Richard Bergeron off the City’s Executive Committee, this Turcot plan gains momuntum as a joint provincial-municipal project. Tremblay obviously has other irons in the fire in Quebec City, and is no doubt eager to make nice after this little spat.  (We should probably expect to see an updated Transportation Plan soon, as we did after the City got on board with the MTQ’s plan for the ‘modernization of Notre-Dame‘.) And with the appointment of Sam Hamad, a more palatable Minister of Transport than Julie Boulet, and no meaningful political opposition to speak of, advocates of an integrated, forward-thinking plan for the Turcot have played their last card. The only glimmer of hope that I can see is the project’s (currently) estimated 2018 completion date; here’s to hoping Quebec’s infamous political ‘immobilisme’ will turn the tide of events towards a saner future.

For the time being, however, this whole episode has only a chilling lesson to impart: our smug Liberal government, poised to dispense $3 billion to its friends and allies, is in this game to win.

I highly recommend readers visit the MTQ’s new website devoted to the Turcot, browse the interactive map and experience for themselves the new heights of green-washing. Be sure to check out the ‘Présentation modélisée du projet’. Just be sure you have something strong close at hand.