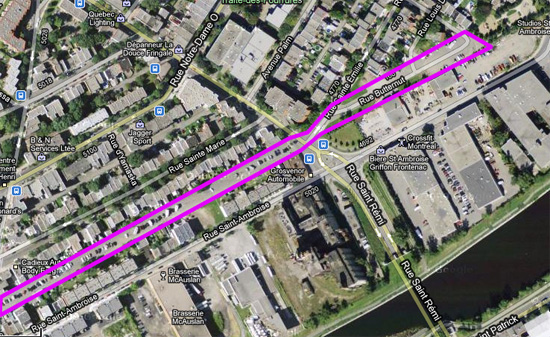 The alleyway in Saint-Henri between Saint-Ambroise and Sainte-Marie streets, and between Côte Saint-Paul and de Courcelle, is somwhat of an anomaly: nearly 4-lanes wide, it is one of the only clues that the Saint-Pierre river once wound it’s way through south-west Montreal. 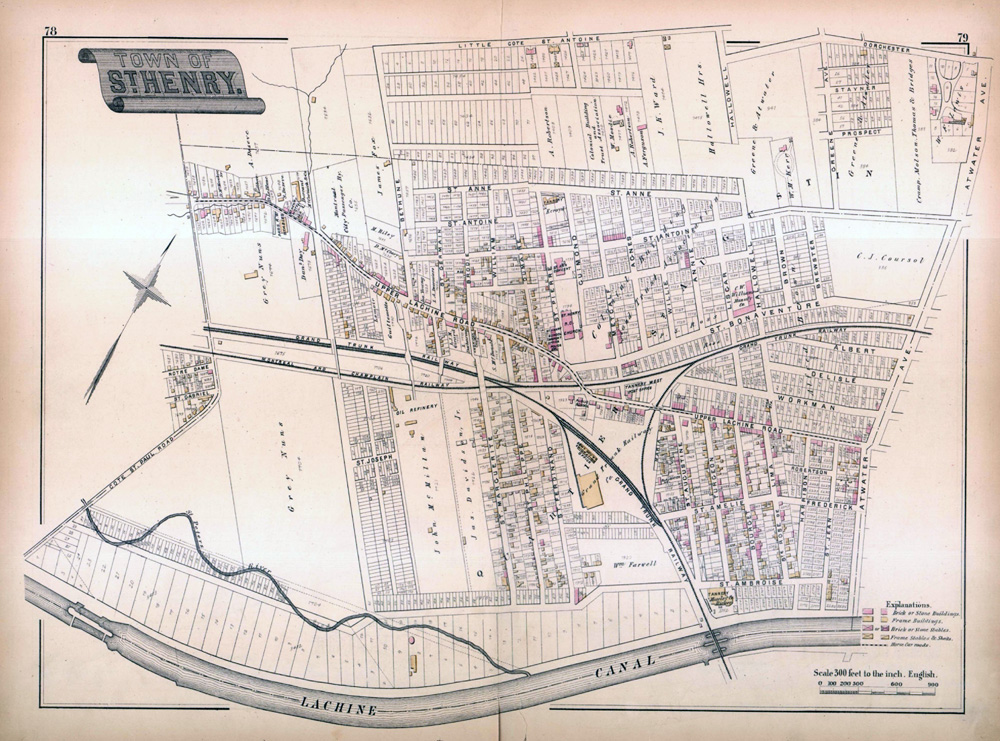 At the turn of the century, the river was canalised and the properties around it began to be developed. Since raw sewage was dumped directly into the river, it became a public health hazard and was partially covered. Then in the 1930s, it was completely buried in a large concrete collector, which still serves as a combined sewer collecting both rain water and household waste-water in the neighbourhood. 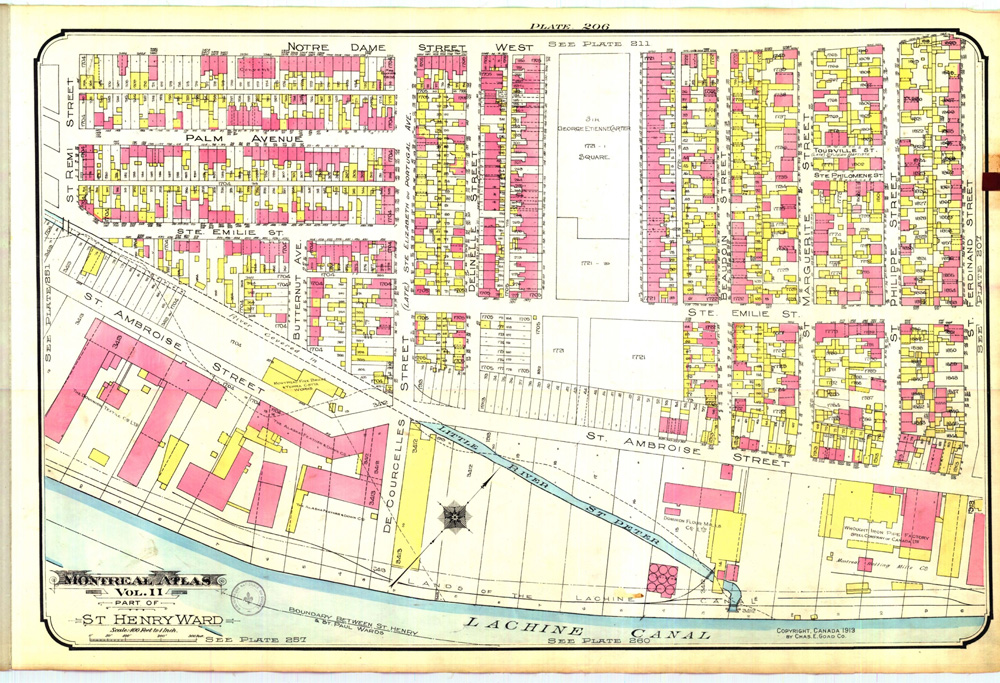 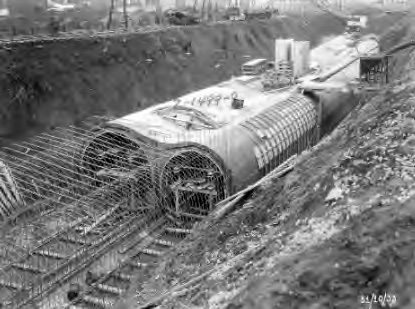 Construction of the St-Pierre collector in 1933 (Source: Ville de Montréal)

The Sud-Ouest borough recently received a grant from the Institut national de santé publique to transform this vast and dull expanse of concrete into Montreal’s first woonerf.

The borough describes a woonerf as a convivial street where one can safely walk, bicycle, play, and relax, while still being accessible to cars, adding that the woonerf aims animate residential streets by giving them a soul. But the project also has more tangible goals: the subsidy requires the woonerf to have permeable surfaces over at least 85% of the site, to introduce vegetation in order to reduce the heat-island effect, and to incorporate a space for urban agriculture.

Perhaps most interestingly, part of the philosophy of the woonerf is it’s participatory nature. With this in mind, the borough hosted a second consultation session with local residents and organizations last Thursday. They presented a design in which nearly the entire 550 x 20m alley would be transformed into a greenspace.

At an earlier meeting, residents of the adjacent properties had stressed the importance of being able to access their backyard parking spots, so the woonerf would be bordered by two 5-m strips of “reinforced grass”, which can withstand being driven upon without necessily inviting motorized traffic. In the centre of the woonerf, a hundred trees would be planted alongside a sinuous path for pedestrians and cyclists, evoking the winding St-Pierre river. A second phase in 2013 would incorporate street furniture such as benches, picnic tables, a water fountain and possibly sports facilities, and a third phrase would add a community garden in 2014.

The borough recruited the Urban Ecology Centre to animate last thursday’s workshop, and they developed innovative tools that took the dialogue beyond the confrontational format that is all too familiar at public consultations. Citizens were asked to vote on things like the width, shape and materials used in the project, and to express their preferences of ambiance and activities offered in the site. They were also asked to indicate their interest in contributing, for instance by planting a tree or a vertical garden on their property, and to write their wildest dreams for their neighbourhood on colourful post-its. 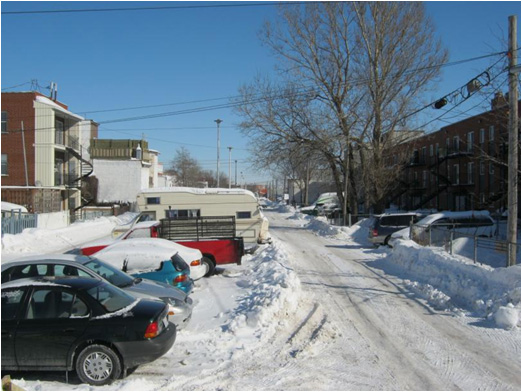 The alley is currently an informal parking lot for local residents and businesses.

But this alleyway is anomalous in more than it’s width: while it is usually illegal to park in Montreal alleyways, which are generally not cleared of snow during the winter, this alley has become an informal parking lot for local residents and businesses.

By far the most pressing issue for locals was the loss of these parking spots. A study by the borough found that there are enough empty parking spots on the adjacent streets to accommodate the displaced vehicles (not to mention that many denser neighbourhoods manage with no back-alley parking). Yet some residents described the proposal as “extremist” or even “dangerous” for it’s conversion of concrete into greenspace.

A place for youth in the process?

Readers of this blog may have noted that I am rather preoccupied with youth participation – specifically how teenagers can participate in defining and designing the urban environment (see this post and this post).

Since the woonerf’s target audience includes young people, and the alley is a stone’s throw from James Lyng high school, I thought it was an excellent occasion for the borough to consult youth about what they wanted for their neighbourhood.

Through my work with Youth Fusion, I was able to involve a group of sec 1 students in a design process: we visited the site, brainstormed ideas, and create proposals for the woonerf, which I was able to present during the meeting last Thursday. I was thrilled when borough mayor Benoit Dorais agreed to have someone come to the school and further the dialogue with the  students.