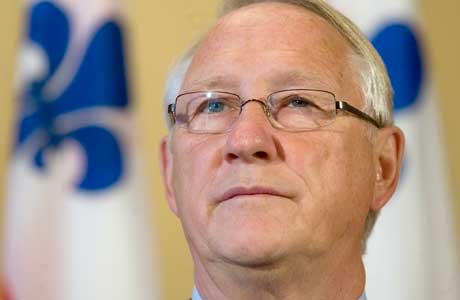 The federal campaign has drawn to a close and the polls are open. The politicians have made their pitches and it’s now up to the population to decide, and no one really knows what’s going to happen. Conservative majority? Conservative minority to be replaced by an NDP-Liberal government? Or even an NDP minority? At this point it’s all guesswork. We will find out tonight where the cards lie, but it isn’t too soon to look back at the campaign and how it played out in Montreal.

For our city this election has been a sharp break from the past. Liberals and Bloquistes have had to scramble to save previously safe seats as a surging NDP targets ridings no one would have imagined two weeks ago. Long a city of chateaux forts, polls suggest that we will see tightly fought races across the city. For the first time in a long while Montréal is a swing region that the federal parties need to court.

Federal politics matter for cities, especially given the tight budgets and limited revenue sources at the disposal of municipalities. Want more social housing? Without a federal reinvestment, there’s only so much the city can do. Want better pubic transit? Local authorities can only budget for modest improvements unless the tap is opened higher up.

As a result, over the past month mayors from across the country intervened in the campaign, trying to get the best deal for their city and push municipal issues to the forefront. Calgary’s Naheed Nenshi has pointed out the need for all parties to have stronger platform points on cities. Quebec City’s Régis Labeaume issued a detailed list of demands of federal leaders, calling for investments in transit and rail. It’s a similar story with Ottawa Mayor Jim Watson. And Toronto’s Rob Ford endorsed Harper, no surprise given his ideological leanings, but also a good way to ingratiate his administration to a hypothetical Tory government. One can debate the effectiveness of these different mayors’ strategies, but they are at least trying to stick up for what they see as their cities’ best interests.

And where was Montréal’s Gérald Tremblay in all of this? No where to be seen, of course.

A key role of the mayor, besides overseeing the administration, is to be an advocate and spokesman for his or her city. Tremblay no longer has the moral authority or political capital to occupy this role. In this dramatic election he chose to stay on the sidelines because he had no choice. Any attempt to make demands would have been met with little more than laughter and a brush aside. No time to stick your neck out when you’re in damage control mode and staving off a revolt in your own caucus. This just goes to show yet another way that Tremblay’s scandals have been so damaging for our city.

By a lucky twist of fate, an unforeseen shift in support managed to give Montreal a new prominence in this election that we never would have had if it was only up to our municipal leaders. We can only hope that the next federal government will be attentive to our city’s needs despite the shambles in City Hall.

Polls in Quebec are open until 9:30 tonight. Voters must bring proof of identity and residence. For more information visit the Elections Canada website.