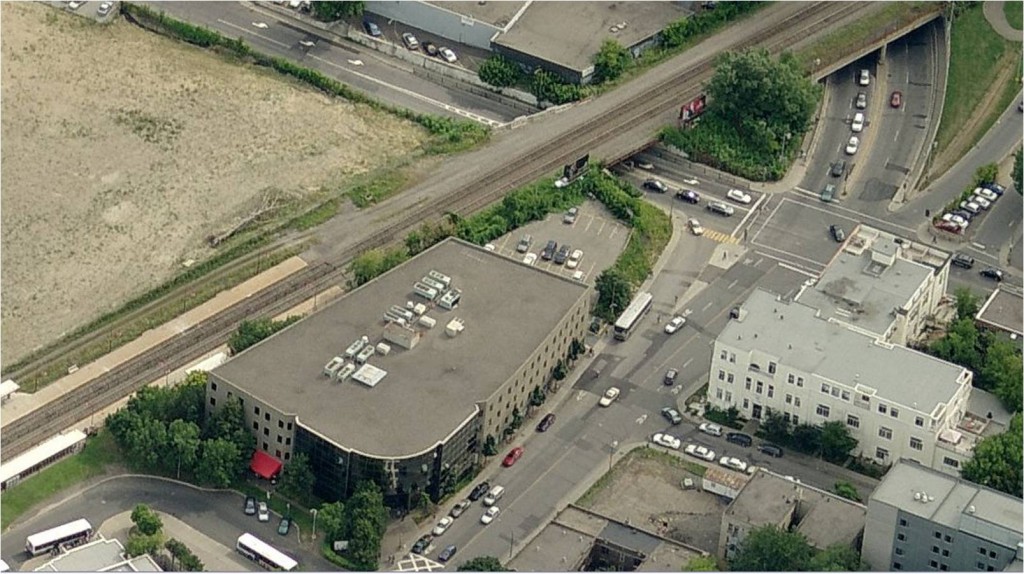 NDG residents fed up with confusing, scary intersections take note: Tomorrow, your local cycling group will be meeting at Décarie and de Maisonneuve Blvds on Saturday November 19, at 3pm for a demonstration and press event to urge the City to build a safe connection for the de Maisonneuve bicycle path across Décarie Boulevard.

In their press release the NDG Cyclist and Pedestrian Association writes:

Now that the intersection at de Maisonneuve and Décarie Blvd is going to be completely transformed due to the MUHC work, the NDG Cyclist and Pedestrian Association are asking the city take cyclist interests to heart, and build a cyclist bridge over Décarie Blvd next to the current train bridge. Cyclists need a path separate from traffic to connect the two segments of the de Maisonneuve path, and due to the bus traffic in front of Vendome metro, the cycle bridge is the best option to safely connect the two segments of the path.

Notably, they argue that the bike path should actually duck behind the metro and follow the CP tracks once it arrives at Claremont, in order to avoid the chaotic interactions and bus stops in front of the metro and at Décarie and de Maisonneuve. This would require some negotiation with CP, whose right-of-way would undoubtedly be affected. As plans for a greater reliance of trains creep slowly towards realization, questions of how these critical stretches of valuable real estate can coexist with other uses is likely only to multiply.