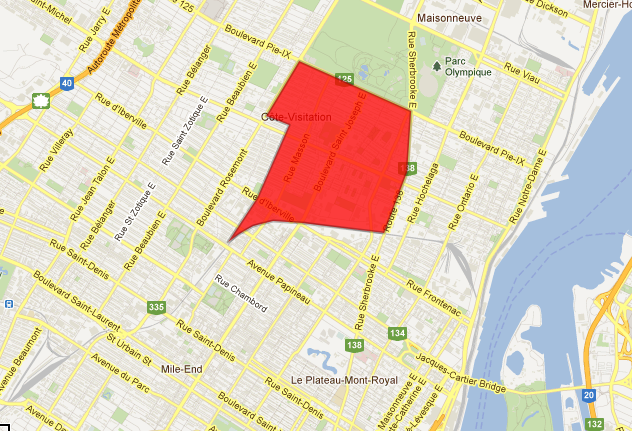 Last week Vieux-Rosemont city councillor Pierre Lampron resigned, citing personal reasons. Having previously been the president of SODEC and later vice-president of Quebecor, he was presented as a star candidate (well, as close as it gets in municipal politics) by Louise Harel during the 2009 election.  And when Benoit Labonté was expelled from the party, he became Vision’s candidate for chairman of the Executive Comittee. After losing the mayor’s race, Harel named him as the Official Opposition’s finance critic.

Lamrpon further explained his reasons for resigning in an interview with Rue Masson, essentially stating that he found being an opposition councillor tiring and that he wanted to move on to other projects. While not particularly expected, this resignation does not come as a big surprise to city hall observers. After Vision’s loss in the last election, some wondered whether the former executive would be interested in being a “mere” city councillor. Moreover, in 2010 he suffered health problems and was absent from city council for a few months.  And finally, he had also been criticised for not being very present in his district.

This resignation means that in the next few months a by-election will be called to elect a new councillor. The outcome of the election will not change the balance of power on either the Montreal-wide city council or the local borough council. It will, however, be an important test of strength for the opposition parties. In 2009 Pierre Lampron won 42% of the vote against 34% for Projet Montréal’s Christine Gosselin, a relatively unknown newcomer.

One of the key questions for the next elections is which party will manage to attract the bulk of the soft-progressive, anti-Tremblay vote. In 2009 that part of the electorate split between Projet Montreal and Vision Montreal. Both parties will be keen to use this by-election to show that they have momentum and to position themselves as the best, most viable alternative to the decade-long control of the liberal machine over city administration.

Vision Montreal, while the official opposition,  has had a somewhat difficult time, often seeming directionless. Other than a pro-centralisation stance the party doesn’t have a coherent… well… vision, and it has often fallen into simplistic, populist attacks on the mayor’ policies. Projet Montreal has at times had a rough ride in the media, but it has been largely  successful at imposing itself as the most coherent and substantive opposition to Mayor Tremblay. A victory for Projet would give it a more credible claim to being the true opposition, and it would likely mean that in the next elections the party could hope to at least consolidate its support and win across other central-city boroughs. A Vision win, on the other hand, would mean that the official opposition is still in the game, at least in francophone-majority neighbourhoods.

The election date has yet to be set, and the candidates have not yet been nominated, but this already promises to be a hard-fought campaign.

Update : Pending ratification by city council, the by-election will happen on April 29th.