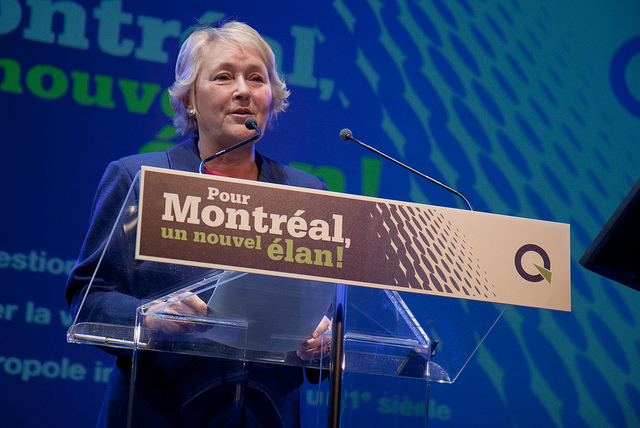 A month has now passed since the provincial elections and the dust has finally settled. The new MNAs have been sworn in and the new cabinet is in place. The Marois government has also started to give a taste of what its priorities will be. At this point, three important observations on the relationship between Montreal and the provincial government can be made :

1. Montreal remains non-competitive as ever

While many races on the island were won by tighter margins than usual, there was no shake up. Far from it; only one seat on the island of Montreal changed hands : Gouin, which Québec Solidaire’s Françoise David picked up from the PQ. Two other ridings seemed close and had PQ candidates leading at certain points during the election night. Laurier-Dorion, which consists of Parc-Ex and Villeray, was a three way race with the PQ and the PLQ switching back and forth with QS a relatively close third. Likewise, early results showed a PQ pick-up in Verdun, but in the end both ridings reelected their Liberal incumbents.

This is bad news for the Montreal region. As is normally the case, the election was decided in the 450, Quebec City, and a few key regions like la Mauricie and le Centre-du-Québec. If the opposition parties weren’t able to take a single seat more in Montreal with an unpopular government and a historically low result for the PLQ, the when will they ever be able to? CAQ and PQ strategists couldn’t be blamed for coming to the conclusion that Montreal is a lost cause and they’d be better off not wasting their time trying to make us happy. And likewise, the Liberals know that because they are federalists just about anything will be forgiven by their Montreal base as long as they drag out the old separatist bogeyman.

2. Despite this fact the new government seems to take Montreal seriously

Whether it’s out of genuine recognition of the importance of Montreal or some strategic consideration that escapes me, the new PQ government seems to actually care about our city. Despite the fact that we gave them no new seats, 5 out of the 6 PQ MNAs elected in Montreal are in cabinet.

Jean-François Lisée has been named minister responsible for the metropolitain region, as well as chair of a new interministerial committee for region.  He is already active on a number of dossiers, and seems to show a willingness to take a leadership role for Montreal that Raymond Bachand (officially responsible for the Island of Montreal under Charest) never took. Lisée has also named André Lavallée, former Rosemont-Petite-Patrie borough mayor and Montreal executive committee vice-chair, as deputy minister. Lavallée knows Montreal like the back of his hand and will undoubtedly be a strong advocate for the city.

Many Montrealers fear the PQ because of their perceived intolerance of pluralism and a willingness to score political points by appealing to the cultural insecurities of some francophones. The nomination of Crémazie (Ahuntsic) MNA Diane de Courcy as Minister of Immigration and Cultural Communities is also a good sign that in this area the PQ is more bark than bite. De Courcy is the former president of the Commission Scolaire de Montréal, an organisation on the front lines of integrating newcomers with over half of its students having a language other than French as their mother tongue. This gives hope that the PQ’s approach in government will have more to do with responding to real needs rather than imaginary threats when it come to immigration and integration.

3. And it seems favourable to a more progressive vision of urban development

The new government also seems to have a political willingness to start pushing Quebec in a greener direction. The decisions to put in place a moratorium on shale gas exploration and to close the Gentilly-2 reactor don’t necessarily signal a paradigm shift but they are steps in the right direction. In the context of Montreal, this manifests itself in a commitment to funding long-discussed public transit improvements, namely the extension of the blue line. And while they won’t go back to the drawing board, the government is open to improving the Turcot Interchange project which had been decried across the board in Montreal.

This all adds up to suggest that the Marois government will be more pro-Montreal than its predecessor and could constitute an important window of opportunity to get things done. Unfortunately, our city administration is in no shape to take advantage of this turn of events, our mayor having just lost the little remaining credibility he still had left.