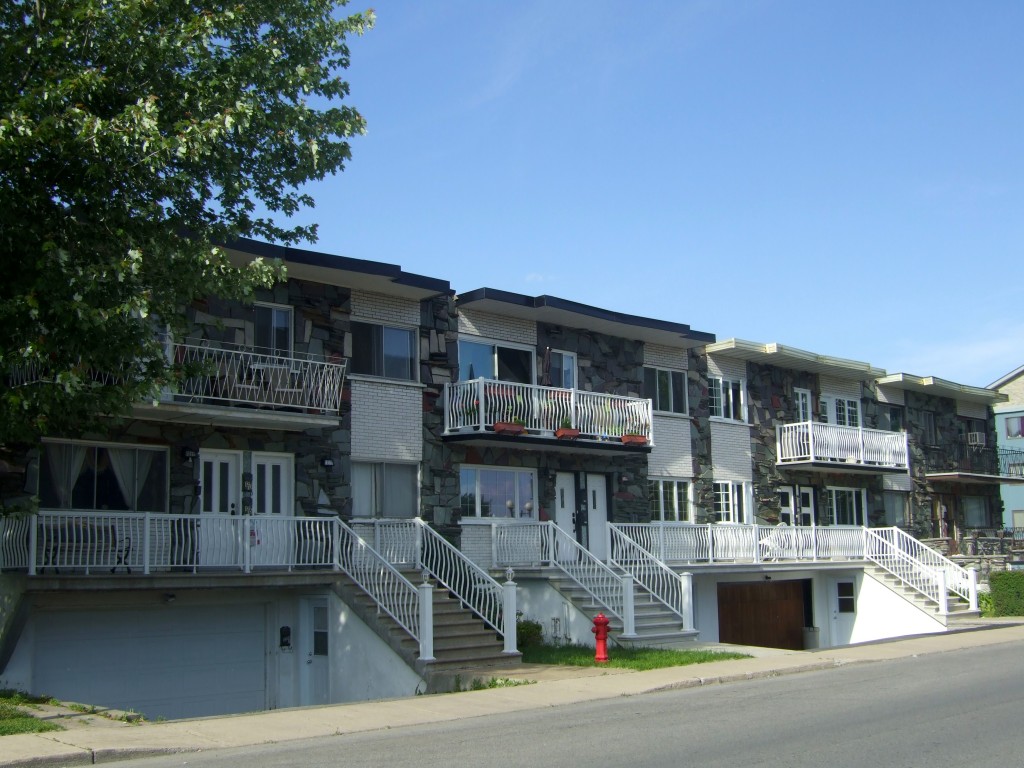 A car-friendly adaptation of the classic Montreal duplex, common in many early post-war inner suburbs. These examples are on Rue Ducas in Lasalle.