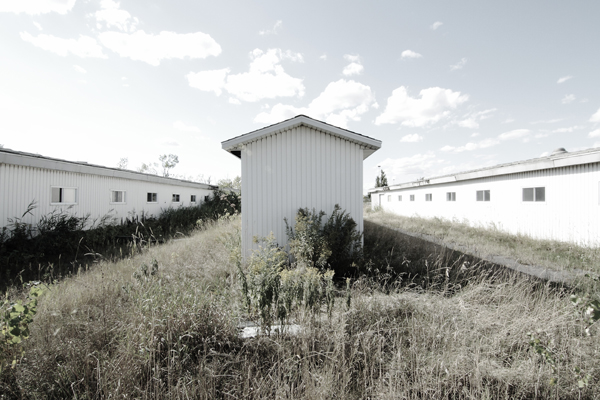 The borough of NDG-CDN has big plans to transform the Hippodrome site into a brand new, multi-use urban neighbourhood. The 43-hectare site, equivalent of about 18 city blocks, could eventually welcome 20,000 residents in 8000 housing units, all within relatively easy access to two metro stations.

Last October, Michael Appelbaum announced that the site would be subject to a public consultation, followed by a design contest, leading up to the development and adoption of a plan for the site, with construction finally beginning in 2017. Given the scale and complexity of the project, not to mention the political situation and the pace of things in this city, I doubt any Montrealer would be particularly surprised if the project took more than 5 years to concretize.

Fortunately, the most exciting part of all may be what happens in the five years (or so) while the plans are being drawn up. In a groundbreaking and politically bold move, the borough is considering allowing a large-scale urban farm to take root in the interim.

Yesterday I was invited to talk part in a first reflection group for community organizations, organized by Urban Agriculture Laboratory (AULab) at the CDN Borough Office, about how agriculture could be integrated into the neighbourhood plan, but also done in the interim.

Given the size of the site it was generally discussed that number of different organizations may be able to access the land for various purposes – from a tree nursery to beekeeping, composting to pisciculture, producing food for the surrounding neighbourhood and providing job-training, school programs, and university research sites. AULab will do additional reflection sessions with businesses and with urban agriculture experts in the coming weeks, with the ambitious objective of sowing seeds in spring 2013.

Blue Bonnets racetrack occupied the site from 1907 until it was abandoned in 2009. While the rich farmland that covered most of the island of Montreal was slowly paved over and parcelled out for residential, commercial and industrial use, the hippodrome remained the domain of horses. Consequently, the soil does not have high levels of contamination typical of urban brownfields, although I learned that it tends to be a bit gravelly.

If the land is returned to cultivation, the development of the hippodrome site will become a sort of microcosm – or laboratory – for North American urban development, where the urban neighbourhoods eventually overtake the agricultural vocation. You could think of it as a kind of second chance to rethink the relationship between food production and the urban landscape.

Hopefully putting land into production – even for the brief time it take to hash out a plan for the site – will remind all those who participate in the design process about the opportunity to incorporate agriculture into the urban landscape, from the ground up.

It will also set an awesome precedent, both in Montreal and beyond, for the exciting diversity that interim use can bring to the ever-changing urban landscape. The borough’s head of Urban Planning did stress that they are waiting to conclude the agreement with the province before giving the urban agriculture project a green light.

None-the-less, I’ll be following this plan with excitement.