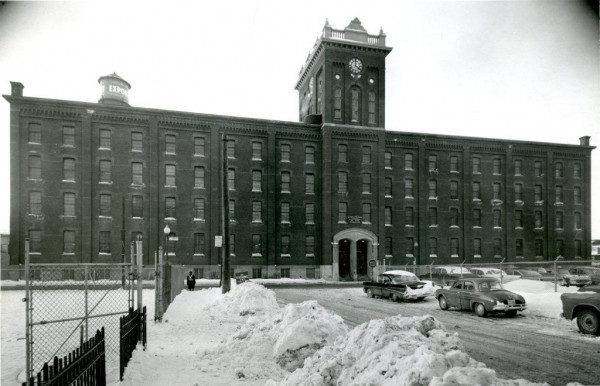 At the corner of Rue Ontario and Rue d’Iberville sits the Macdonald Tobacco Works. This red brick structure was built by owner William C. Macdonald in 1874 at a time when the areas of Ste. Marie and Hochelaga, previously farmland, were establishing themselves as sites of industrial development. As many individuals quit the rural hinterlands to seek employment in the city, Montreal experienced a marked population increase. The industrial production in the area encouraged many individuals and families to decamp to Hochelaga, providing an ever-growing labour force for the area. Parish records indicate that employees were as young as twelve and, in the early decades, the factory employed roughly equal numbers of women as men. Over the decades, multiple generations of neighbourhood families would find employment at the factory.

At first, the factory produced solely plug chewing tobacco. As tastes changed, Macdonald’s product line diversified, later incorporating pipe tobacco and cigarettes. New brands were introduced to market these products and British Consols and Export Cigarettes would become household names. Thanks to its growing popularity and wartime distribution, Export especially would come to dominate the urban advertising landscape. A Scottish Lassie mascot that reflected the Scottish roots of the company graced the cigarette packages, playing cards, hockey scoreboards and billboards became one of the most prominent Canadian brands for decades and one that with which many blue-collar individuals were keen to associate.

Now owned by Japan Tobacco International, the Macdonald Tobacco Works represents one of the few remaining working industrial sites in this area of the city.  New condominium developments are springing up to the west and east of this area, bringing new household incomes and shifting demographics.  In addition, smoking, as an industry in Canada, is dwindling due to he decline in the number of smokers, the availability of black market cigarettes and the massive lawsuits that tobacco companies currently face across the country.

Considering these changes, it is difficult to imagine the factory maintaining residency here for decades to come. This poses some questions. Are heavy industry and 21st century urban developments irreconcilable? If this factory were to close permanently, what would lie in store for the building itself?  What would become of the working-class identity of the neighbourhood?  Is gentrification inevitable? Macdonald Tobacco’s historic rival, Imperial Tobacco, has seen its former factory restored and converted to condos in St-Henri. Whatever fate awaits this building, my hope is that its structure is maintained, its awful red siding removed to re-expose the brick work and the Scottish Lassie painted image retained to provide a visual reminder of the working-class roots of this area and the products that its residents produced. 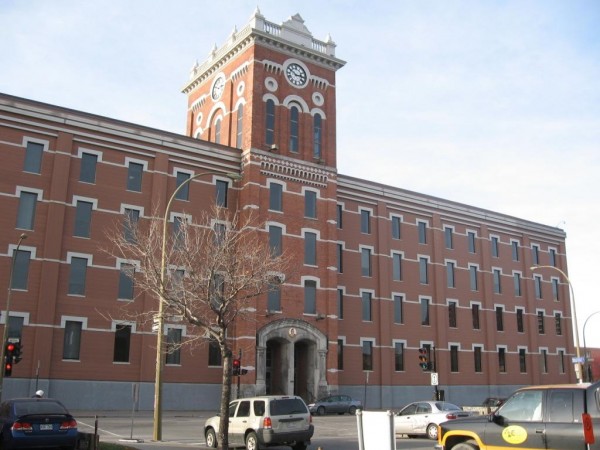