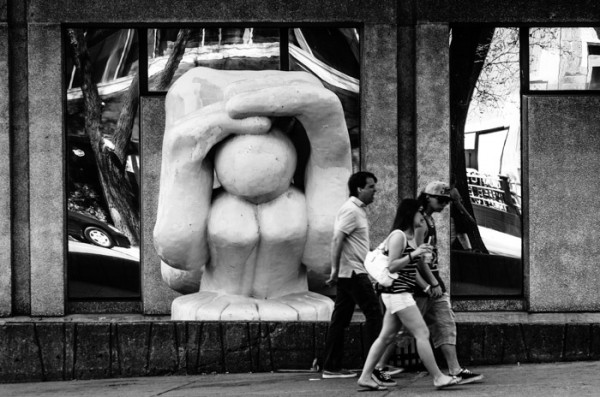 The sculpture by Pierre Yves Angers was initially called “Sculpture en face” when it was entered into a student contest at the CEGEP du Vieux-Montréal in 1972 and was originally installed in Parc Pasteur. It was moved to its current location in 1981.