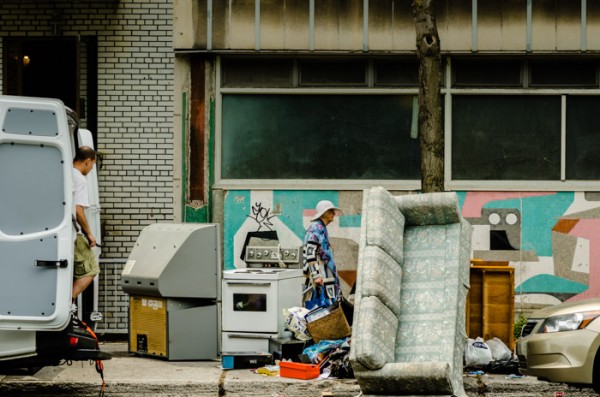 In addition to being Canada Day, July 1st is also the day when thousands of Quebeckers move due to it being the day when many leases expire. In 2009, Hydro Quebec estimated around 225,000 Montreal households moved home on this day (700,000 across the province) – not the best day to be wanting to rent a truck.

The ‘moving day’ tradition dates back to the era of New France when the Government passed a law preventing landlords from evicting tenant farmer’s during the winter months. In 1866 the law was extended to include urban landlords and May 1 became the official moving day for many renters.

In 1973 the Government decided to change the date to the summer so that students wouldn’t be required to move during term time and July 1 became the new Moving Day. Although the law repealed sections of the Civil code setting fixed terms for leases, the tradition continues.