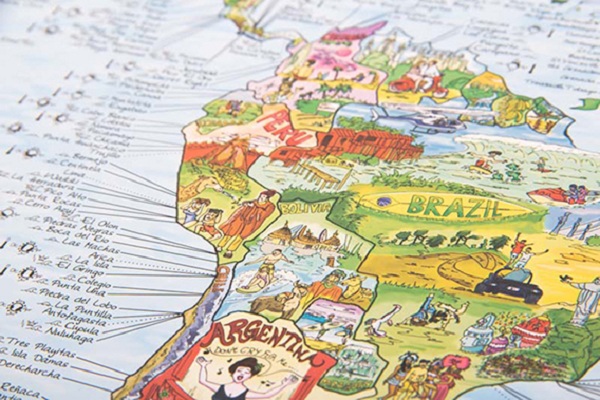 Currently Awesome Maps has launched on Kickstarter in order to raise funds for a bucket list map they want to create. The map will include all the marvels around the world that everyone needs to visit.

Awesome Maps has also created a snowboarding map as well as a world soccer map.