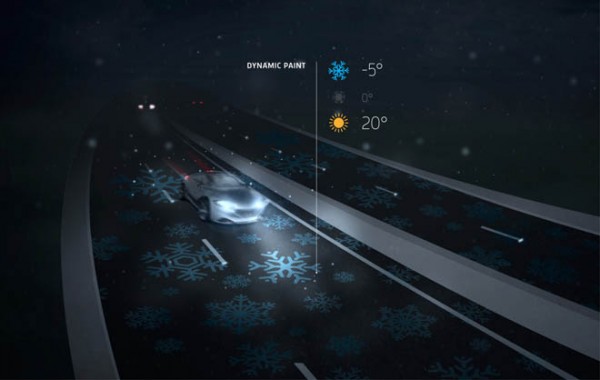 Daan Roosegaarde, from Studio Roosegaarde in the Netherlands, has been busy in the past year unveiling new smart-road infrastructure that, believe it or not, will glow in the dark.

Much like the glow-in-the-dark paint we played with as kids, a not-so-different paint will soon replace the paint used for road lines. It will absorb sunlight from the day and glow for up to 10 hours during the night. This intuitive innovation is a response to a push in the Netherlands to reduce energy consumption and cut costs while maintaining a standard of safety for drivers.

This is not the only innovation being proposed by Studio Roosegaarde. Another variation of the glowing road markings will see snowflakes painted on the highways that glow a fluorescent blue when there is a risk of ice.

Could these innovations weather our harsh Canadian winters?