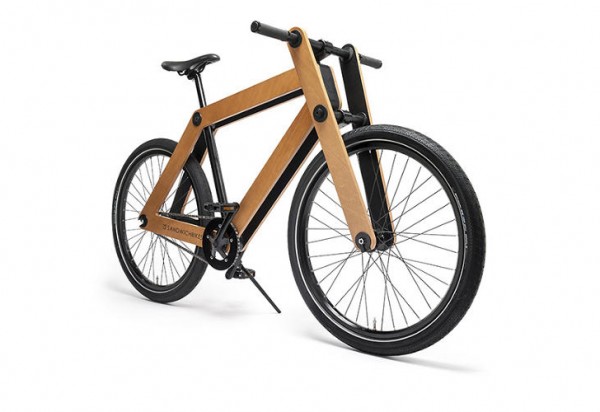 The Sandwichbike can make a bicycle mechanic out of anyone.

Made up of less than 50 parts, the bike comes shipped ready-to-assemble, and the manufacturer estimates it can be built in under an hour. The less mechanically-inclined will rejoice at the simplicity of the bicycle’s design: cylindric inserts (as well as a limited number of screws) hold the whole thing together, making the building process more akin to that of a BILLY bookcase than a fully-functioning bicycle.

The bike’s beech-plywood frame is weather-proof, allowing cyclists to cruise rain or shine, just as they would on a more conventional ride.

Keeping with the company’s simple design ethos, the bike is fitted with a coaster break, meaning there are no cables or callipers to install. But should anything go wrong during assembly, the company will provide troubleshooting via a contact form on their website.

The Sandwichbike hits European markets next month and will retail with a price tag of about $1,000. By early-2014, it will be available worldwide.