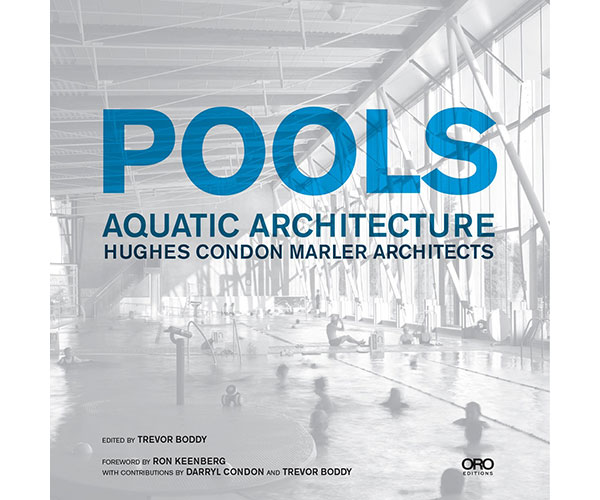 Vancouver is globally acclaimed for its advanced architecture and urbanism, and Hughes Condon Marler Architects is one of its most respected and innovative design firms. The successor to a firm established in 1976 by Roger Hughes, HCMA now includes partners Darryl Condon, Karen Marler, Stuart Rothnie, and Carl-Jan Rupp, with a staff of 50 in their Vancouver and Victoria offices. HCMA established an early reputation as urban housing and school design experts, and for their skill in urban design and facility programming. Their work now includes the complete range of public and private architecture, ranging from fire halls and mixed-use housing projects, to university buildings and landmark public libraries.

The last half of 2013 may very well go down as the busiest in Metro Vancouver’s neck of the architectural woods for some time to come. With several new large developments approved—including Bjarke Ingel’s swooping tower over the Granville Street bridge, a new three tower development called Burrard Gateway that includes a 54-storey tower on the downtown side of the Burrard Street bridge, along with Donald Trump financing the Arthur Erickson-designed twisting 63-storey hotel tower across the street from Shangri-La—it has also seen a flurry of activity in both academic and professional practice circles. SALA at UBC featured talks by Phyllis Lambert and Thom Mayne, while the AIBC held its annual conference, entitled Sea Change, which for the first time was done in conjunction with the AIA’s Pacific northwest chapters. This was closely followed by the RAIC’s Metro Vancouver chapter hosting its annual advocacy awards, with James Cheng giving the keynote speech.

It is then perhaps no coincidence that, during this time, Hughes Condon Marler Architects (HCMA) chose to release their new book—Pools—edited by Trevor Boddy and launched at the Waterfall Building gallery this past November, where they cleverly projected the book’s cover onto the concrete wall next to the waterfall. As a special treat, all those invited were given name tags which, while facilitating conversation between the firm’s partners, staff, consultants and clients that were present, were redeemable at the end of the night for a copy of the book. Editor Trevor Boddy also made himself available to sign copies, along with firm partner Darryl Condon, the latter which gave an inspiring talk about the firm at the evening’s midpoint.

As Darryl explained the book and the firm’s current projects, he also spoke of how the firm has been involved in a transitional phase for some time now, with the projects that original founder Roger Hughes used to establish his office now expanding to include other building types and programs, as newer partners in the firm have added to the office’s portfolio. ‘Pools’ is but one building type the office plans to make into a book, and so we can soon expect other possible titles such as ‘Schools’ or ‘Libraries,’ the latter being most fitting given their recent award-winning Whistler Public Library.

It goes without saying that any monograph on pools is at once engaging in a dialogue on the ability of this architectural building form to immediately engage its surrounding community. This goes back to the Roman thermae, which was as vital to a Roman urban centre as its roads, forum, or theater. And it is precisely in its continuous use as an urban catalyst which cannot be overstated—there have been pools in our cities longer than there have been cathedrals or highways! Both Ron Keenberg and Trevor Boddy remark as much in their opening comments to the book, with Trevor highlighting some of Canada’s greatest first examples of this building type, including more recently the pool in London, Ontario built in 1990 by another four letter acronym firm, IKOY, along with Peter Hemingway’s masterful Coronation Pool in Edmonton (recently renamed Peter Hemingway Pool).

Featuring nine pools in total, the book is also introduced by Darryl Condon who offers his eight insights into good pool design, i.e. every site and situation is different, pay attention to details, delight and surprise, good accessibility, seize every opportunity, innovate, learn and evolve, maintain focus on the community. Each pool in the book is therefore a discrete study of the community around it, with each chapter of the book reflecting back what is unique about Vancouver (Killarney Pool), Langley (Walnut Grove Pool), Delta (Sungod Pool), Coquitlam (Chimo Pool), and Burnaby (Eileen Dailly Pool). With the exception of one pool in Oshawa, the pools are all now part of Metro Vancouver’s urban fabric.

Closer to the front of the book, Trevor gives particular emphasis to two pools, perhaps the one for which HCMA is most celebrated – their West Vancouver pool – along with their Hillcrest Olympic/Paralympic pools built in 2010 to the north of Queen Elizabeth Park, a facility Trevor refers to as “the largest facility of its kind in the City of Vancouver’s community recreation facility system.” Similarly, the pool HCMA designed for West Vancouver is itself part of a much larger community centre, to which Trevor dedicates much of the first portion of the book, including an essay entitled “When Aquatic Becomes Civic.”

With 268 full page colour photos of these nine pools, accompanied by plans and cross-sections of the buildings in which they are situated, this new book by Hughes Condon Marler Architects is a confident statement of this Vancouver firm’s work as it transitions to its younger partners. As one would also expect from Trevor Boddy, it is also a thorough and thoughtful exposition of their work. Pools is now Trevor’s second monograph after the release earlier this year of Blue Sky Architecture, with his third book on James Cheng set to come out in the coming year. The book will then make a handsome addition/edition to any bookshelf…and be sure to leave room beside it for the companion volumes set to come out on the firm’s other buildings in the coming year.

For more information on Pools, visit the publisher’s website.