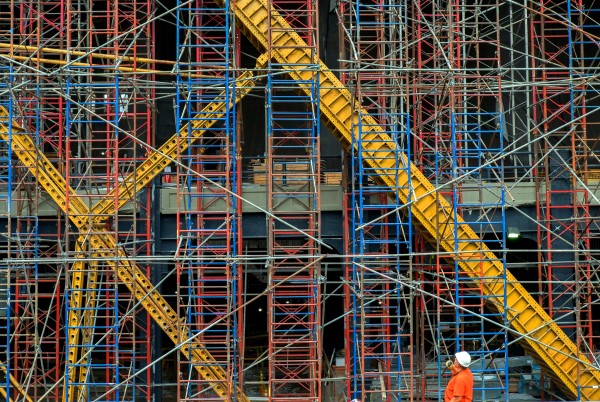 During the federal election campaign, Justin Trudeau promised major funding for infrastructure projects. There is no question that such projects are sorely needed.

But how exactly will our billions be spent?

Given the close links between federal and Ontario Liberals, it is quite likely that Infrastructure Ontario (IO), a powerful agency that has orchestrated 75 semi-privatized projects since the early 2000s, will be seen as the model for the country at large. The agency works with consortia of private firms to finance, design, build and in some cases operate a wide range of public projects, from transit lines to college buildings. British Columbia uses a similar approach, through an agency called Partnerships BC. The Ontario government calls IO’s approach alternative financing and procurement (AFP). Critics say it is merely a more palatable name for public-private partnerships. Either way, Canadian capital markets will be very happy indeed if the feds now start committing billions to projects that will be underwritten by private finance.

But it’s not too late to pause and think twice about unnecessarily pouring billions into the coffers of large financial institutions, and millions of consulting fee income into the pockets of accounting giants like KPMG and Deloitte. Last December, Ontario auditor general Bonnie Lysyk released a report that sharply criticized IO and specifically Ontario’s use of public-private partnerships for infrastructure. A key finding was that in the previous nine years Ontarians had spent $8 billion more on IO’s AFP model than if conventional public financing had been used.

Unfortunately, her findings, released when Pan Am Games mania was taking hold in the Greater Toronto Area, were largely ignored. Few Ontarians know that for the 2015 Games, Ontarians spent over $4 billion on new high-performance sports venues, with at least one (the Scarborough aquatic centre) being an expensive white elephant with eye-watering operating costs ($12 million per year). To reassure taxpayers, the Pan Am building spree, overseen by IO, was described in press releases as “under budget,” with journalists dutifully repeating the claim – although, as Lysyk pointed out, if budgets are inflated in the first place, as IO does, it’s easy to crow that they came in ‘under budget’.

Premier Kathleen Wynne’s Liberal government always says IO does not privatize public assets. That is true: unlike Hydro One, IO does not sell off public assets. But what does the government really mean when it says that huge projects (including two mega projects, the Eglinton Crosstown LRT and the 407 East toll highway) are being built using AFP deals?

One key feature of the IO model is that Ontario relies on private financing rather than government bonds. Two Canadian scholars who study project financing, Anthony Boardman and Aidan Vining, explain that this means government is “renting money” – at a cost, of course.

Why is renting money from capital markets (including pension funds) more expensive than issuing government bonds? First, private investors, such as pension funds and foreign banks, don’t usually have enough in their piggy banks to provide the equity, so they borrow the capital, paying significantly higher rates than governments would.

Second, an arbitrary and very high price is assigned to the risks that the government is supposedly passing on to the private sector – so that IO can then claim that overall private financing makes financial sense. Shockingly, Lysyk found that there are no actual calculations to support that risk pricing – and having pored over several of the Bible-sized project agreements IO posts online, I can confirm this. (You can try this at home, searching the IO website for “Value for Money assessment” plus the name of whatever project you’re interested in. More generally, see Matti Siemiatycki and Naeem Farooqi, “Value for Money and Risk in Public-Private Partnerships”, Journal of the American Planning Association 2012.)

Finally, Lysyk reported, in keeping with scholarly research, that IO’s public-private parntership approach means that each venture is a bonanza for consultants and Bay street lawyers. And the firms hired do not carry out an independent evaluation, but merely certify that the process was “in accordance with Infrastructure Ontario’s own methodology.”

So why are infrastructure public-private partnerships still so popular?

One reason is a major cultural shift that has made many people believe that innovation and efficiency have to come from either the private sector or public sector organizations, like IO, that hire private sector executives and use market methods. The 2008 financial crisis seems to not have caused lasting damage to the myth that financiers staying up late to sign ‘deals’ should be role models for boring public servants. One cannot imagine a Hollywood script featuring public servants cleverly reforming public procurement rules to save taxpayers money – that plot wouldn’t rate even as a CBC documentary.

Apart from the cultural mystique of ‘the deal’, public-private partnerships are still popular despite evidence to the contrary because institutional investors like OMERS and the Ontario Teachers’ Pension Plan like them. The long-term nature of P3 projects (30 years, usually) fits with the time frame of insurance companies and pension funds’ payment schedules. Sadly, using private funding from public pension funds to fund infrastructure undermines the very public sector that employed fund members before they retired.

And what have the feds been doing? A federal Public-Private Partnerships agency exists because Stephen Harper’s government created it, but it has never had much money. The agency’s main role has been to preach the gospel of private financing and procurement in provinces that unlike Ontario and BC have not yet seen the light.

So I am willing to bet that as you read this, someone in Ottawa is calling someone at Queen’s Park to recruit AFP experts to come to Ottawa to begin drawing up mega-contracts that will have Canadians paying billions more than we need for infrastructure, with consultants and financiers and private-sector project managers laughing all the way to the bank.

Mariana Valverde is a U of T professor who studies urban governance and is currently researching the governance of infrastructure projects in Ontario. Follow her on Twitter: @mvalverdeurban