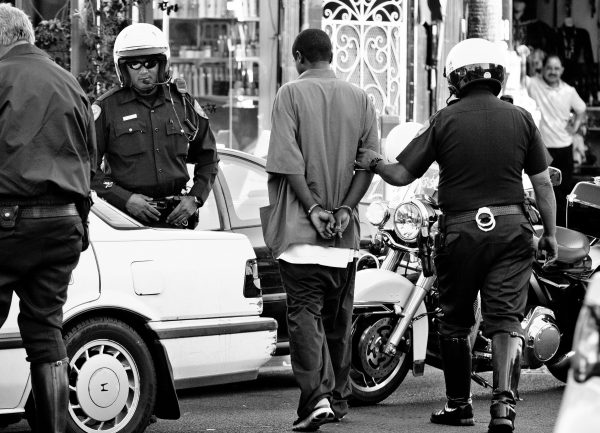 A Toronto judge has made history by explicitly considering anti-black racism as a mitigating factor in sentencing a young drug offender. Rather than receiving a year in jail as the Crown had wished for, Joel Reid will now spend two years under house arrest – still a significant punishment.

In handing down his decision, Justice Edward Morgan acknowledged that Reid had lived a hard life. This included witnessing Canada’s first high-school shooting and losing his best friend in another incident. Having dropped out of high school, Reid later became addicted to drugs and was ultimately caught trafficking to an undercover officer. Despite his past, Reid appeared remorseful and took responsibility for his actions. He had also managed to get himself off of drugs. It was these specific circumstances, coupled with a recognition of the challenges facing all black Canadians, that led Justice Morgan to make his ground-breaking decision.

Citing statistics highlighting the dramatic increase in black prisoners in Canada (upwards of 80% over the past decade), and acknowledging that social factors, particularly anti-black racism, were root causes, he wrote “while this court is not in a position to remedy the societal issues, it can and should take the societal context into account in fashioning an appropriate sentence for an individual offender.”

Indeed, a fundamental principle in Canadian law is that “a sentence must be proportional to the gravity of the offence and the degree of responsibility of the offender.” To put things simply, Justice Morgan acknowledged both the existence of anti-black racism in Canada and its influence on one’s participation crime and criminal justice. Having turned his life around, Morgan did not want Reid become another statistic. Given what we now know about the serious negative consequences of incarceration, our society would benefit if more members of the Canadian judiciary followed suit.

As another election cycle unfolds in the United States, and Donald Trump’s antics help expose America’s racist underbelly, it may be easy for Canadians to breathe a collective sigh of relief, content in the notion that racism, particularly anti-black racism, is not, and has never been, a problem in this country.  Despite the great opportunity and privileges Canada has to offer its diverse populations, such a belief is wholly incorrect.

Indeed, slavery existed in Canada for 206 years and was widely practiced here up until 1834. In fact, six of the first sixteen legislators of Upper Canada were slave owners.  As chattel slavery was based on the idea that blacks were not human, the fact that these individuals held slaves is indicative of the mind-set of the people who laid the foundations for this country.  Similarly, anti-black racism was written into Canadian law. Legislation that permitted racially segregated schools remained on the books well into the 20th century, with the last segregated school closing in Nova Scotia in 1983. Both of these practices has had a significant influence on the life chances and experiences of both black and white Canadians.  Of course, white wealth generated by slavery came at the expense of blacks.  Likewise, inferior black schools hampered the employment trajectories of black graduates, thus privileging whites in the labor market and beyond.

Previously having banned blacks from even entering the country, (Wilfred Laurier’s government, for example, deemed blacks “unsuitable to the climate and requirements of Canada”), more recent immigration policy has also done much to disadvantage this population. Up until the introduction of the points system in 1967, a large proportion of blacks who came to Canada were Caribbean women recruited as domestic workers. This practice undoubtedly skewed the gender balance among blacks while also swelling their ranks at the bottom of Canada’s socioeconomic ladder. If we want to talk about black poverty or an absence of black fathers in Canada, this reality must enter the discussion.

This history has also set the stage for more recent black immigrants – it has created a framework of anti-black racism that continues to express itself through Canadian institutions such as the criminal justice system. Indeed, this has been recognized by Ontario’s highest court. In 1993 Justice Doherty, who continues to sit on the Court of Appeal stated:

“Racism, and in particular anti-black racism, is a part of our community’s psyche. A significant segment of our community holds overtly racist views. A much larger segment subconsciously operates on the basis of negative racial stereotypes. Furthermore, our institutions, including the criminal justice system, reflect and perpetuate those negative stereotypes. These elements combine to infect our society as a whole with the evil of racism. Blacks are among the primary victims of that evil.”

We see continued evidence of this anti-black racism in affecting almost every aspect of Canadian life, as reflected by the consistent and dramatic overrepresentation of blacks in statistics on poverty, unemployment, school suspension and expulsions, and child welfare apprehensions. Similarly, racist beliefs are still held by a significant proportion of the Canadian population. A recent CBC poll showed that approximately half of Canadians admit to holding racist beliefs.

It is time for the Canadian public, as well as the nation’s key institutions to wake up to this reality and develop targeted and sustainable policy initiatives and comprehensive programs to address it. This is especially true for the criminal justice system – the state agency charged with managing the by-products of our social problems.  Indeed, special consideration is granted at sentencing to Aboriginal Canadians based on a recognition of a history of racism, marginalization and exclusion, yet no such provision exists for black Canadians who have been in the country since the early 1600s.  If it is in fact now “2016”, as Prime Minister Justin Trudeau has proclaimed, this situation must change.

Akwasi Owusu-Bempah is an Assistant Professor in the Department of Sociology, University of Toronto Mississauga. You can connect with him on Twitter @AOBempah