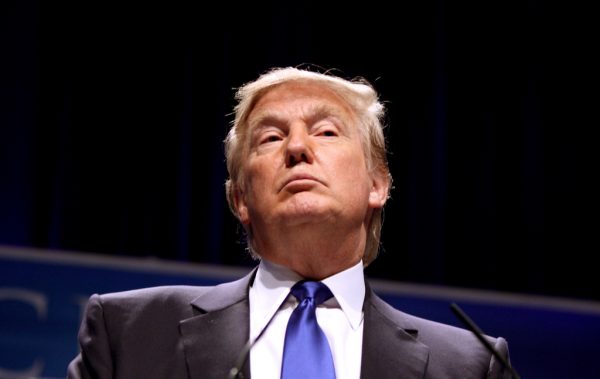 Amidst the miasma of grief and bewilderment that engulfed the past week, I have found myself pondering the question: are we vulnerable, and if so, how?

Certainly, Conservative leadership hopeful Kellie Leitch thinks there’s political hay to be harvested with knuckle-headed ideas like a values test for new immigrants. More broadly, while the outcome of the presidential election is deeply rooted in the fraught history of U.S. race relations, there’s little doubt that the sort of venom Donald Trump has uncorked is highly contagious, and will serve to further legitimate nativist parties in countries like the United Kingdom, the Netherlands, France and Hungary.

In short, it’s clear that Canadians who reject this kind of politics must not be smug, especially not now.

But is it possible to think through what would be required for Canada, as a society, to inoculate itself from these forces? And what does that project look like?

First, it’s important to say that while Canadians tend to be more collectivist, the country is not now, and has never been, free of substantial and systemic racism. It still exists, and has succeeded in finding political and legal expression (Chinese head tax, “none is too many,” residential schools, racial profiling, etc.)

Yes, Justin Trudeau’s Liberals won last year’s election on a platform/stance that rejected the Harper government’s subtle and not-so-subtle appeals to anti-immigrant/anti-outsider sentiment. Our senior courts handed down rulings that pushed back against bigoted laws. But backsliding and revanchist politics is a real thing in our world, and there’s no reason to assume this country is immune.

I’m not in a position to offer any kind of informed analysis about why Americans voted the way they did, but a few high-level analytical details are worth mentioning. One is that while Trump did get plenty of support in the so-called fly-over states, many of the predominantly white voters who supported Trump live in middle class suburban or exurban areas with little ethnic or cultural diversity, but lots of gated communities. As The Globe and Mail’s Doug Saunders noted in his superb analysis of white radicalization, “people who live in mainly white areas that adjoin cities with greater diversity often show very high levels of support for people like Mr. Trump.”

Surely, there can be no more fertile ground for the rhetoric of fear-mongering than a society whose citizens are hunkered down, either by choice or necessity, into their own isolated camps, with little or no meaningful interaction with people from other communities. It’s the disconnected, fearful society sociologist Robert Putman described 16 years ago in his ground-breaking study, Bowling Alone.

Conversely, and not surprisingly, neighbourhoods in larger U.S. cities have been getting not only more integrated, according to a new University of Wisconsin study, but also more inclined to support Democrats, especially when they have higher population densities, as this revealing New York Times graphic indicates.

There was a lot of talk about firewalls on election night, but the most effective ones that I can see are the dense, mixed urban neighbourhoods that make up most large metropolitan areas — places where people from vastly different backgrounds encounter one another in a range of social and professional contexts.

It seems to me that if Canadians want to build an anti-Trump firewall, we must pose some fundamental questions about our neighbourhoods and regions, our shared spaces, our workplaces and our public institutions.

It also seems abundantly clear to me, now more than ever, that the political support for relentless tax reduction measures must always be understood as a systematic attack on the public realm, defined as broadly as possible. When governments slash personal or corporate taxes in the name of productivity or international competitiveness, no one should forget that the result is a diminution of those shared spaces and institutions that cannot be replicated by the private market. And when we reduce the places and spaces where people from a wide range of social, cultural and economic backgrounds can interact in either meaningful or random ways — schools, streets, parks, health care institutions — we are creating the necessary conditions for fear and suspicion of the other to germinate.

In many ways, Canadian public life is grounded in generally affirmative answers to the foregoing. And our demographics suggest that a political movement built mainly on a foundation of white resentment would be more difficult to achieve.

That said, there is plenty of evidence of long-term economic and racial sorting in the residential patterns of our largest cities. And the world beyond those major metropolitan centres continues to grow ever more disconnected from the wealth production of extended urban regions – a dynamic that breeds resentment.

A society that is acutely conscious of how a robust public realm designed to foster inclusiveness and social engagement across traditional barriers (race, class, urban/rural) will also be a society better fortified against jingoist appeals to tribal hatreds.

And to lose sight of what’s at stake is to court what has befallen our neighbours to the south.