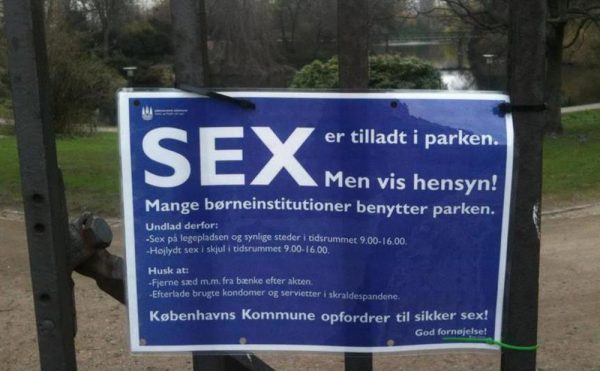 By Marsha McLeod and Jen Roberton

The presence of public sex in parks is a long standing tradition in urban centres. For some, having public sex is a fetish. For others, they may frequent parks for sex because they do not have access to an indoor space for sex, notably true for some homeless people and queer people. Cruising, the practice of seeking anonymous sex in parks or other public spaces, has a specific significance for men who have sex with men (MSM) who may not identify as part of queer or gay communities, and may not have other means of meeting other MSM.

Despite the fact that public sex occurs regularly in parks, few cities actively plan parks accommodating this reality. In response, some activists have taken guerrilla planning tactics to claim park space for sex. In 2011, activists posted signs in Copenhagen’s Ørstedsparken which read that sex is allowed in the park, but patrons must show respect to other park users by not having sex near the playground, in plain view, or loudly between 9am and 4pm. Patrons were also reminded to dispose of any waste they may produce, including used condoms and paper towels. The signs were removed by municipal officials.

The guidelines on public sex in parks put forth by Copenhagen activists include the needs of patrons using parks for sex, while also considering the needs of people using the space for other recreational activities that may seem to conflict with cruising. The Ørstedsparken guidelines also mirror the regulations that govern public sex in Amsterdam’s Vondelpark. Since 2008, public sex has been allowed in Vondelpark as long as patrons do not litter, do not engage in sexual activities near the playground, and limit public sex to evenings and nighttime. In an article in the Amsterdam Law Forum, Laura Morrison and Alba Izadó León Hernández write that the changes to the regulations in Vondelpark were done by the municipal government to protect all members of the local community, including gay men who were being targeted by ‘queer-bashers.’ 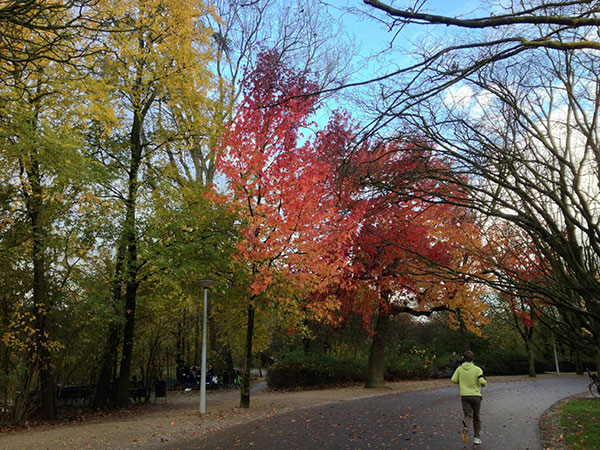 Locals and tourists alike enjoy Amsterdam’s Vondelpark for a variety of recreational activities. From jjb3tee3/Imgur.

Recent police stings targeting men cruising in Toronto’s Marie Curtis Park reflect what happens when parks are not seen as spaces that community members utilize for a variety of activities, including public sex. The police operation, entitled ‘Project Marie’, involved plain-clothed male officers frequenting specific cruising spots to wait for men to solicit them for sexual activities. The operation led to ticketing 72 people一95 percent of whom are men一with a total of 89 charges. Most people were ticketed for non-criminal offenses, including trying to solicit sex from an undercover officer and for being in a parking lot after hours (under the assumption that they were there to engage in public sex). The Toronto Police Service stated that the 22 Division undertook the operation so that parents and children who frequent Marie Curtis Park could “take back” the space.

Implicit in the concern that public sex between adult men affects children using park space is the dangerous and unfounded association between homosexuality and pedophilia. No empirically sound research study has ever found a connection between queerness and propensity towards pedophilia (the thought pattern) or child molestation (the action).

It is concerning that in 2016 this needs to be said.

Furthermore, in a 1994 study conducted by Dr. Carole Jenny at a Denver children’s hospital, it was found that in 352 incidences of sexual assault towards children, fewer than one percent of perpetrators were gay or lesbian. This finding led the researchers to comment that the myth that gay men are predisposed towards child molestation serves as a dangerous distraction from real issues concerning child welfare.

Though difficult for many straight people (and a solid contingent of queer people) to imagine, the existence of public sex does not inherently compromise public safety. While many arguments against cruising in parks include “think of the women and children,” cruising does not, by its nature, compromise the safety of women or children. This is not to deny however, that for some, viewing an explicit sexual act in a public space without giving consent can be a violating experience.

People who cruise in parks generally attempt to be discreet. Cruising happens in the shadows: behind bushes, in cars, or in isolated areas at night. However, in places from Copenhagen’s Ørstedsparken to Ottawa’s Remic Rapids Park to Toronto’s Queen’s Park, municipal strategy has been to cut down bushes and add lighting to dissuade cruising. These interventions tend to have an opposite effect: cutting down bushes makes cruising more overt. Attempting to design out public sex in parks creates more conflicting uses instead of bringing together the needs of all users of public spaces.

Officers dressing in plain-clothes and using specific social cues in order to attempt to obtain ‘evidence’ of a person’s willingness to perform a sexual act—despite this being sanctioned under law—is fundamentally coercive, manipulative, and violent. Though the Toronto Police Service has framed undercover officers’ roles as passive, stating that officers must wait to be propositioned, impersonation inherently requires active participation.

Furthermore, solicitation of a sexual act using impersonation (i.e. for an on-duty cop, not wearing one’s uniform) is a form of sexual violence, irrespective of whether the impersonator’s intent includes ‘follow through.’ Sexual violence, as defined by the World Health Organization, includes any sexual act perpetrated against a person’s sexuality using force and/or coercion, as well as any attempt to do so. 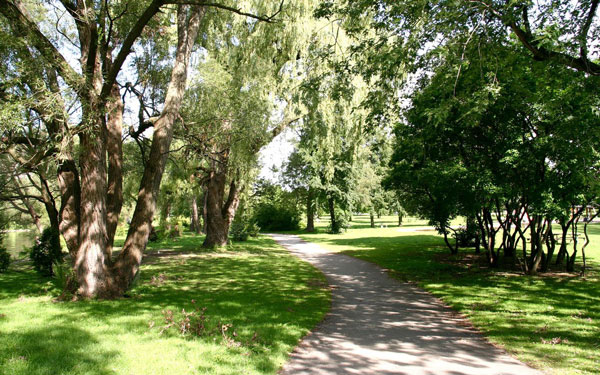 Scenic Marie Curtis Park where Toronto Police are operating a sting operation targeting men who have sex with men (MSM). From City of Toronto.

When considering seemingly conflictual use of parks, the problem is not public sex, and it certainly isn’t cruising. An effective way forward involves planning that balances the needs of park users who do not wish to see explicit sexual acts, with the equally essential needs of queer people to have spaces to express their sexuality, in which they will not be traumatized and violated.

Changing our mentality on public spaces is especially relevant as this past November 17th marked fifteen years since the murder of Aaron Webster, a gay man who was killed in 2001 at a cruising site in Stanley Park in Vancouver. The four men who beat Webster to death using baseball bats claimed that his murder was justified as they had sought to beat up “peeping toms” and “fucking voyeurs”—again, conflating queerness and pedophilia. Webster’s murder should serve to remind all park users that even if you don’t agree with public sex, being queer in public space is often the real danger: not queer people in public space.

Jen Roberton is a graduate of the School of Community and Regional Planning at UBC, where she focused on public safety planning for LGBTQ2S+ communities and sustainable transportation planning. When she’s not hard at work, Jen can be found exploring nature on her fat bike.

Marsha McLeod is an anti-violence activist, media producer, and writer focused on sexual violence and non-carceral approaches to justice. Marsha is also the co-host of the Built Environment, a podcast about systemic violence in Canada.